New update for Pixel Knight is out, and includes a raise in the level cap and hidden experience orbs!

Pixel Knight version Final 1.1 has been released. The update raises the maximum level in the game, and now players can go up to level 13. Being this level helps a lot when fighting against the enemies in the final parts of the game.

Level 13 grants more HP and strength to the player, and upgrades the beam spell, which will then be able to shoot 6 beams instead of 5. 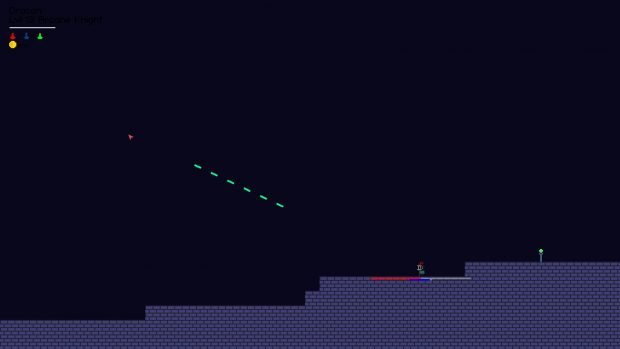 Reaching level 13, however, won't be easy. It requires more than double the experience than the experience required to level from 11 to 12. But it is worth it, since it makes Dracon a lot stronger, and may help players who are not so skilled get past the later stages and beat the final boss.

A new hidden item has also been added to the game. They are called Experience Orbs, and give the player a huge amount of experience when collected. Getting to them is not something simple, however. They are in very tricky to reach places. There are 4 Experience Orbs in total.

There is also a new enemy, the Golden Demon. This demon is acts like a mini-boss, and is completely optional, as he is not so easy to kill. He gives a nice amount of gold and experience, though. 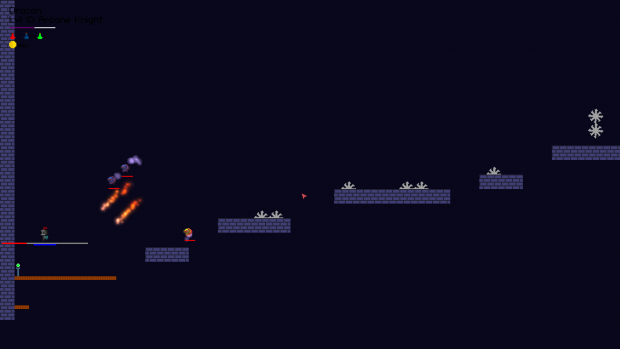 The new enemy and Experience Orbs will help players who want to reach level 13. Still, it is possible to beat the game on lower levels, though the challenge will be greater.

Thanks for your interest in the game! I hope you like the new update!

You can buy the game here:

There is also a free quest you can download in the same page.

PS: Though the game has been out for almost half a month, it still hasn't been reviewed by any sites or appeared on many youtube channels. If you own a gameplay/review channel, it would be of great help if the game was featured on your channel. Reccomending the game to a review or indie game site would also help. Also, reviews on Desura, wheter you bought the game or just played the demo quest are always welcome. Thanks!

I have a site in which I try to review and talk about games...
But right now I am a bit busy with personal stuff but if you like/want I could try to play the game and write a review...
What do you think?

That seems nice! It would help a lot!

Nice game. I played the demo and it was pretty fun. Only problem was that I couldn't really figure out how to properly exit the game for a little while. Other than that it was fun to play and easy to pick up. I look forward to future projects of yours.

Yeah, the game has a help file as well as the credits included in the folder. ;)