hello, in this patch you will have a lot of additions, a redesign of the HUD and a complete overhaul of the creation of your ship.

Hello everyone, here is the second patch with many additions.

Changes and Additions to the creation of the ship

In this patch we focused on the complete overhaul of the creation of the ship, which we did not like.

Here are the additions and changes :

Initially you will have access only to basic weapon and shield but it will show you the possibility of evolution later. The enemy also have access to weapons and shields, and the choice is up to you to keep fighting or leak if they are too much !

- The damage system was also reviewed, for more balance.

- It will of course take into account the weight and the consumption ship to avoid falling out of fuel. 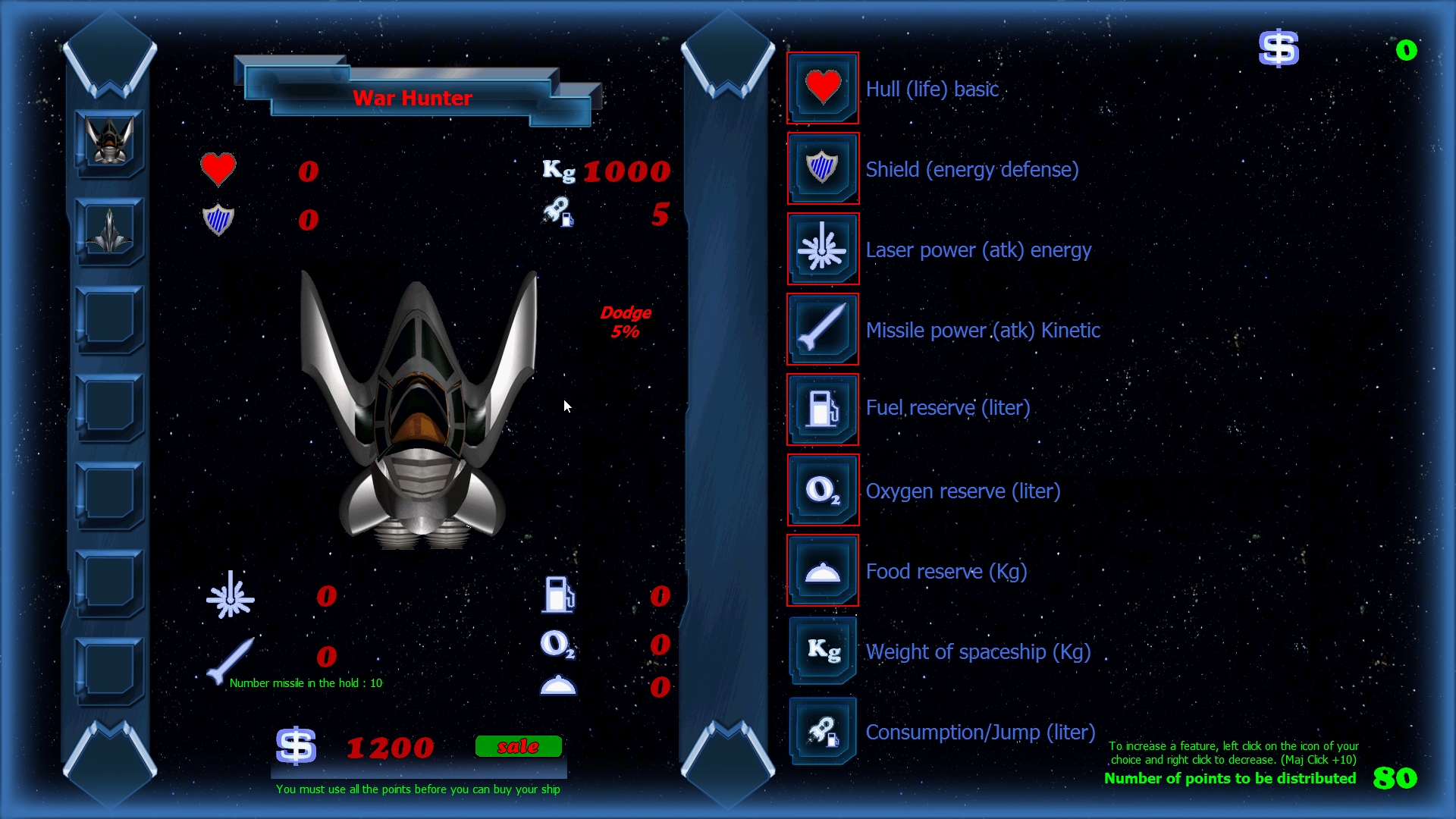 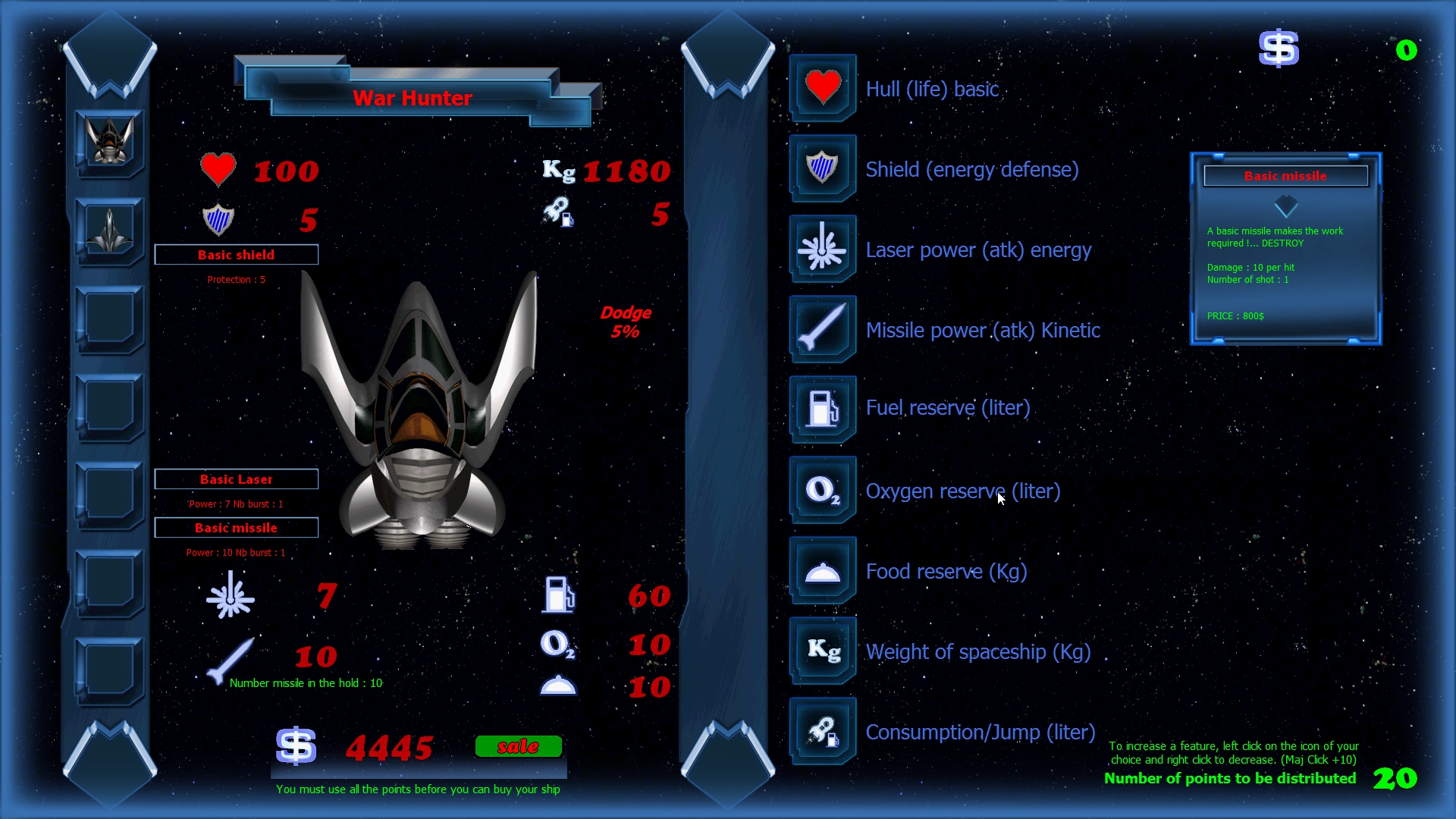 To continue talking about your ship, we have also added some features.

As we speak of fighting and skills, the fighting system has been completely revised.

Now you will have a limited number of "missile" and can not shoot as many missile as you want.

The fight will not run as you will not chosen to launch the combat phase. During the waiting phase for you to choose whether to use the missile launches or shield overload for the next combat phase. Because once launched, you should wait until the end of phase to redo your choice.

When your enemy dies you gain experience. You will see that some weapons can not be used by a commander too... untrained.. lol 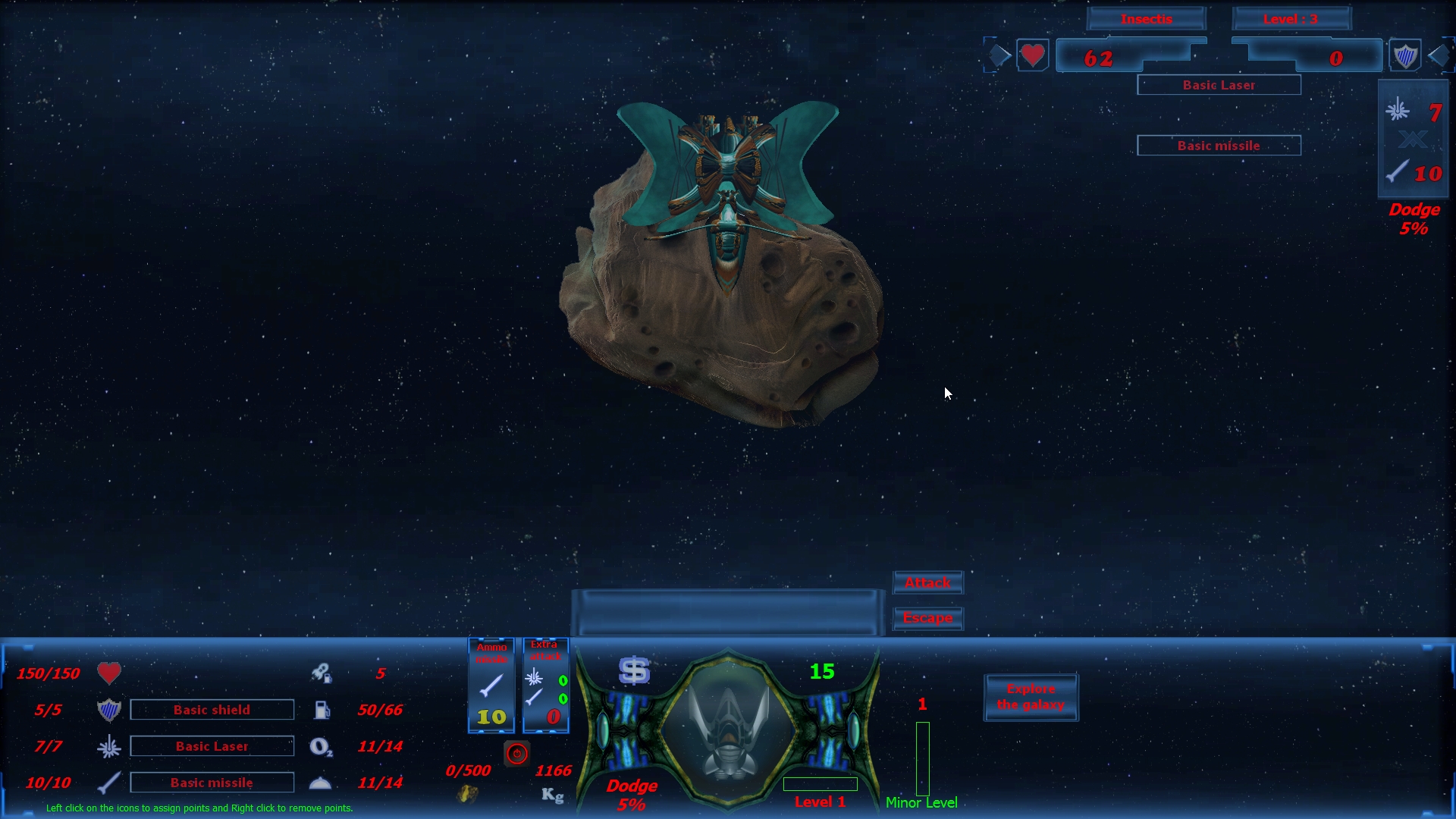 Arriving on the map, you will have a chance to trigger random events, which will be in your favor or not ..

Redesigned HUD in and out of combat

Here is the last big change in this patch is not the smallest ...

We have completely redesigned the HUD of the ship, to make it clearer, finer and more "beautiful".

here are some pictures :

The patch is finished, hoping that the project will always appeal to both feel free to comment and review. 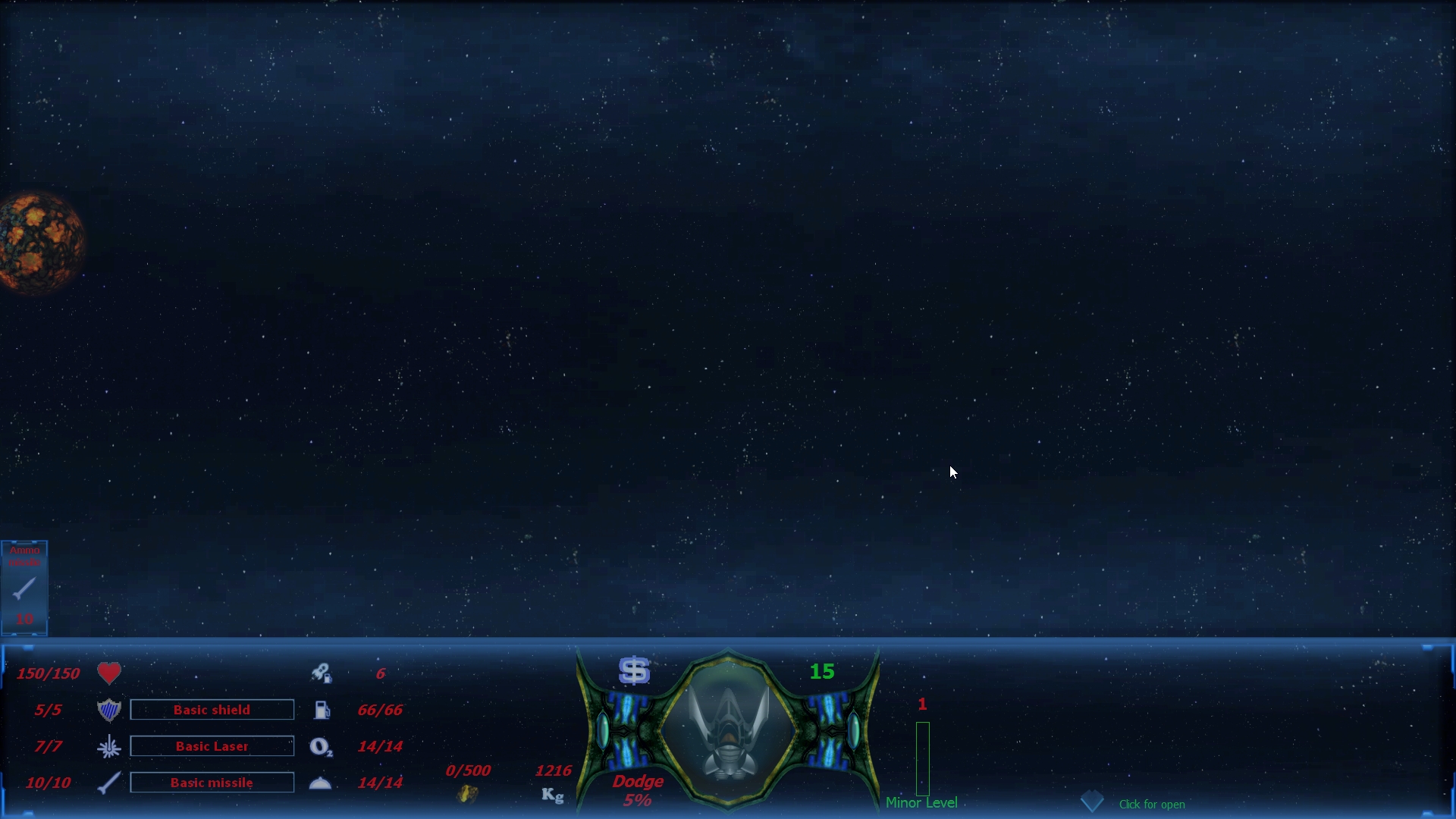 The Empire of Stars Roguelike