Patch 250 and what's in store for you in this one.

Patch 250 is coming and here are the changes made: 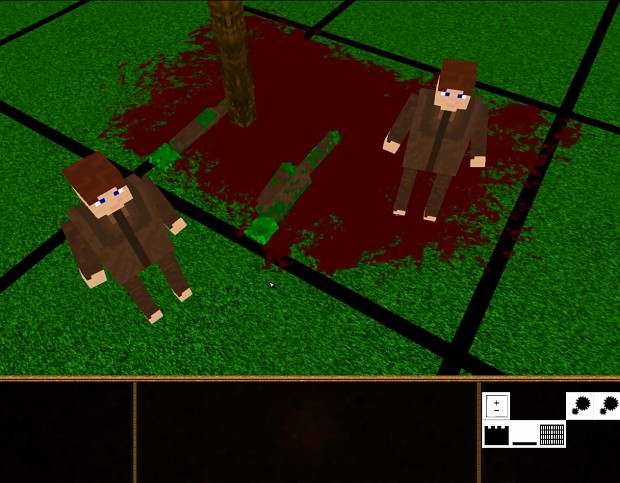 I did not make textures for this mode yet though, so it's very plain-looking.
The textured models use minecraft's uv-unwrap though, so if you add an alpha channel and extend the bottom so that the upper part is the skin texture used and is 64x32 in size and the bottom is 64x32 and empty, so that the whole texture is 64x64, you could basically put any minecraft skin ever made onto those units.

Since I felt like the better ores we're basically never spawning, I made them have a better chance to do so the deeper you go. As a result, 1560 tiles down (or deeper) ore veins will now always spawn the best ore (which currently is adamant).

This includes items and trees that are on those tiles. 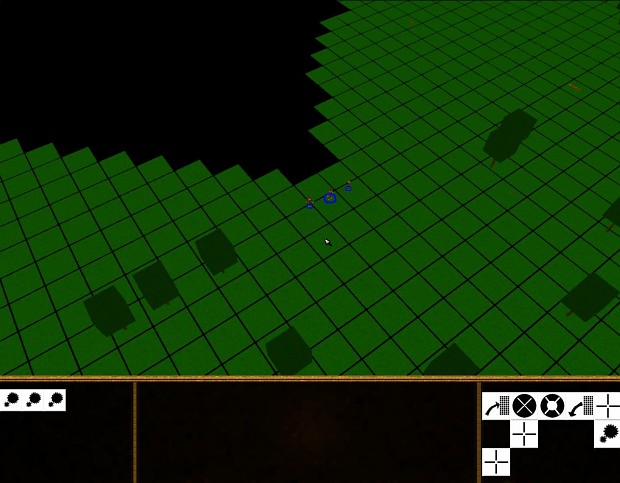 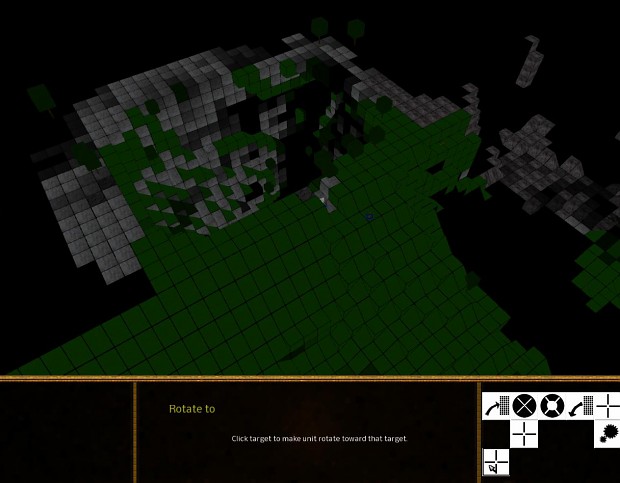 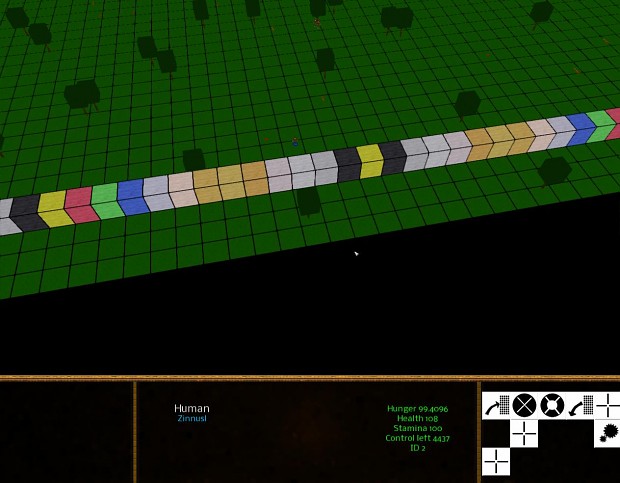 Fog of war will also cause enemy units to only become visible if they are seen by units, just like the terrain.

You can differentiate the avatar by him having a bigger selection circle and the string " 's Avatar" in it's description.

I thought this whole concept was pretty cool to have, because it is the closest I could think of (while being reasonably playable), of coming to simulating the idea of you actually giving those orders to your units, as opposed to just clicking away.

This gamemode needs to be activated in the server_config.txt file since I feel it can get quite hardcore sometimes.

In the future I want to experiment with the idea of intercepting those control giving items.
For example one might kill the courier who has a bunch of order filled papers in his inventory, heading to an outpost far away. One might then use those orders (which have the players name on them) and use it to gain control over someone else's units. Also you could maybe have signal fires take time to set up and then if anyone other than the player who owns the signal fire lights it, the player who lights it will get control over any units without the command buff, who actually belong to the player who build the signal fire in the first place. 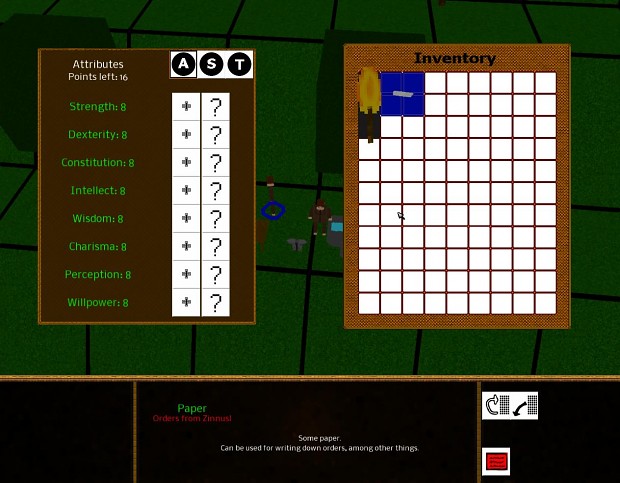 I removed this because it seemed unecessary and it cluttered up the description of this attribute.

Grass can be aquired by digging grass tiles.

I mainly changed this due to the unit vision thing.

The flower is mainly in there to make the paper relatively expensive, since I added a spell with which you can grow trees, and trees being so abundant anyway.

Note: This can cause nasty black spots. The sampling amount will reduce that.
Also as it happens caves, or sheltered areas are pretty dark without a torch.

As you might think, this is mainly due to the vision thing.

This is in preperation for the upcoming automation change. It would be hard to properly automate things otherwise.

I.e. you have more range from a elevated position. This is something that always disturbed me about dwarf fortress' ranged combat, so here it is. The range increases by 1x per two tiles of vertical difference.

This mechanic will cause your spells to corrupt chunks where spells were cast with magic. Higher level spells will generally cause more damage. If you fizzle any spell, it will cause five times the flux damage to the chunk. If overdone, it will cause nasty things happen to that paticular area, which I think is pretty cool, considering, that it means that big magic battles might cause whole battlefields to be made completely inhabitable. Damage to units from this will be decreased by the unit's intellect.
Flux slowly levels off if the chunk is left alone. 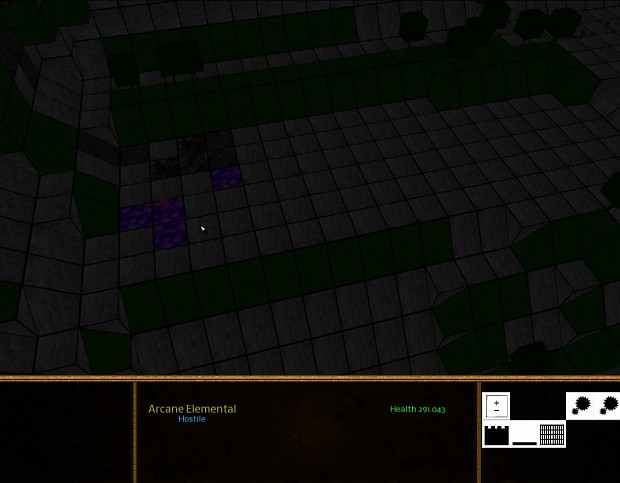 This is mainly to disencourage spamming beds if you can not support those units, since this decrease will be permanent. (At least for now.)

The blinding spell, as it happens, reduces the unit's perception to 1 for 30 seconds. Since the vision range is based on perception, this means units will actually not provide you with any vision for that time. (You can still issue orders though.) And they can not see any hostile's approaching them either.

This turns out to actually be really slow of a casting speed. But I think it's fine this way.

Additionally I want to mention that spells do not have any description of what they do, and a rather cryptic latin name for a reason. Most of the spells have different effects on different things, only some have a very specific use. (Like the counterspell or blinding spell, though I want to add more for those, too.)
I think that this way, you can have fun with experimenting with the spells you find, just casting it on different things to see if they do something. If they do, it will usually emit particles from related positions.
NOTE: All added options are off by default. Because they can be quite straining on the CPU. (Especially if you do not have >= 2 CPU cores.)