Patch 249 is heading your way today, with lots of new features and fixes!

Patch 249 is heading your way today, with lots of new features and fixes!

Not all of the have been actually made proper 3D models yet, for example the hammer is still flat, but I'll fix that with later patches.

They are rather rare though.

These are mostly used for alchemy. Though I guess you could use them for decoration...

You can craft a furnace using 4 stone. In order to use it, you literally just put the ressources in there, and it will turn into the resulting product after about 1 second. I'll probably put in some more recipes for this later, since it's really lightly setup, outsourcing these recipes might be an option for later, too.

It basically is just for making the couldron right now, but I'll be used for more later. It currently can only be made with iron, as with the couldron.

Right now you can only make 3 potions, one to increase HP, one for stamina, and one for hunger.
Note that it'll look for the materials it needs to make something, so if you want to find the recipes you can just throw everything there is in there to find the recipe for it. 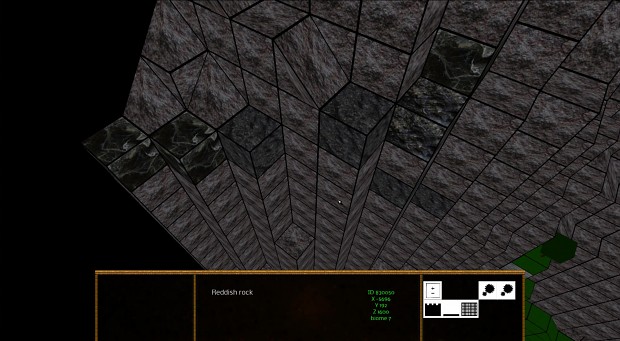 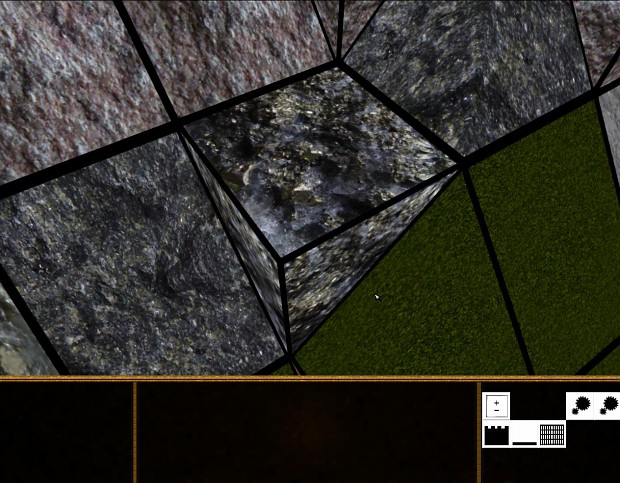 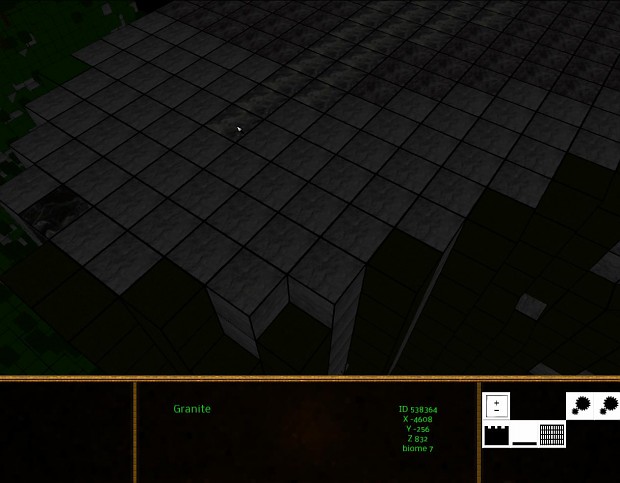 Since I use the "tile grid"-option all the time and making these new textures be seamless would actually look terribly smudged, I figured I should just leave it at that.

Copper to a more orangy color for example.

These add attribute bonuses right now only. Will expand on this. Also they don't show up on the unit yet. 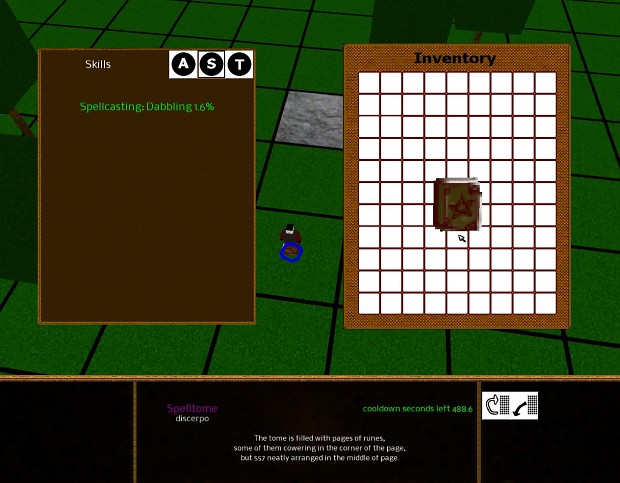 This is one of the spells. You have to find the others for yourselves! This one does not require any skill in spellcasting (three of them don't), the others do. However casting spells increases skill quite quickly.
Spells are being cast from the unit's menu and have a casttime of 5 seconds, as well as a cooldown of 10 minutes. I'll probably increase this cooldown later though for the better spells, in turn however their effect as well. As a general idea: a fireball for example should require a quite high skill level to cast, have a long cooldown (one ingame day or so) but blow up a bunch of tiles, set things on fire, kill things, etc.
Also I want there to be a lot of spells later on, spanning over lots of skill levels. Spells are cast from spellbooks which can be found in dungeon chests with a low spawning chance.
Spells don't actually tell you what they do, and that is very much intentional. You can target anything with them, but that doesn't mean they will actually do something with that targeted object. Also most spells do different things, for different kinds of target. If the unit does not have enough skill to cast something they will "fizzled" it. Right now that does not do something, but I think I'll make that horribly murder you in some way later.

Putting this in the furnace with a log of wood will make a glass bottle.

Haven't removed the "tip" for that yet though.

My pick was breaking too fast I felt like... 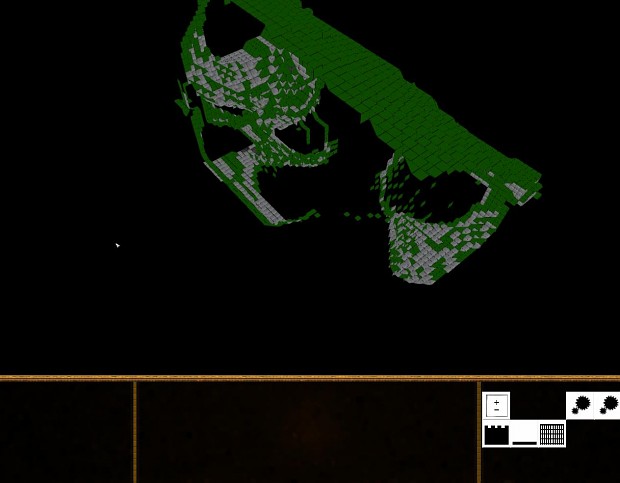 Known problems in this patch:

And as a reminder: up-to-date development progress can be found on Dungeoncraft.draig.de