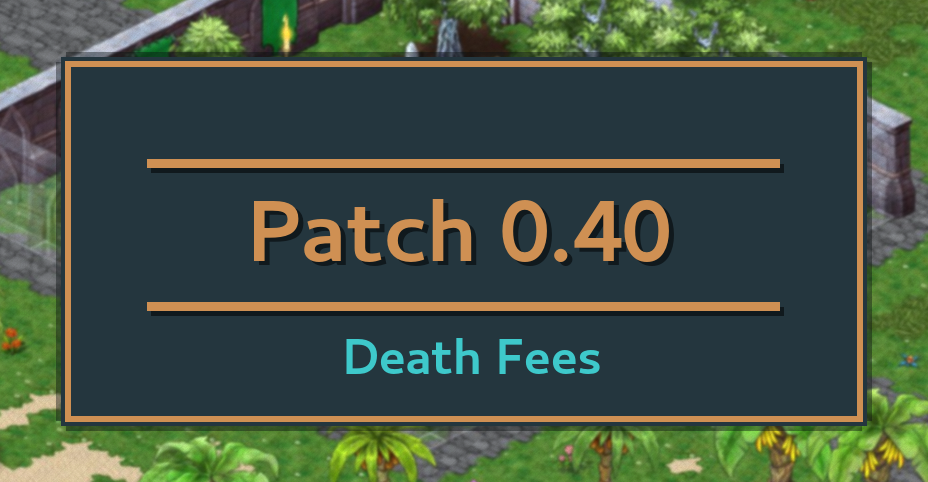 Death Fees
Many players wanted death be less fatal, so that guided us to the decision to reconsider fees after death.

Now:1. Death is followed by screen change, where you get a notification about your death. You can move character into the Sanctuary by pressing the button, or, it’ll be done automatically.
So, gamer may see who did the deadly damage. It was impossible earlier due to immediate transfer to Sanctuary. 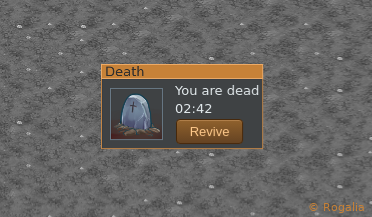 2. Gear loss works only on 3rd level of undergrounds and in the Rift.
In other cases, character will keep the gear but it will lose it’s durability like it is with tools. Durability will decrease from damage dealt during battles.
Decreased durability won’t cause gear to break but will slightly reduce its stats, say, armor will lose its defence, and weapons will lose their damage.
What to do with damaged gear? Repair it! Cosmas the Smith will help you with that. He’ll fix it but will charge you as well. 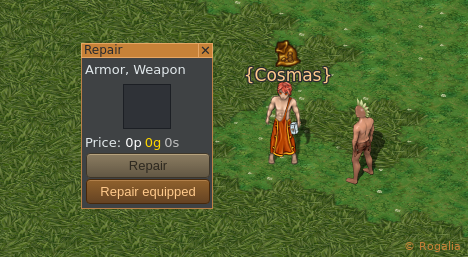 3. Another great update: vitamins loss decreased to 50% of its initial value!

As you can see now, you may not fear your neighbors and freaky monsters. Don’t spend days sitting inside your citadel, explore the world, fight beasts, go down the undergrounds to find rare resources!

Claim rent is easier to pay!
- Claim rent system is changed. Actual payment is no longer depend on time you want to pay for. But, maximum time you can prepay depends on character level. So, now first, second and third week cost equally but 10th level character may pay for 2 weeks max and 100th level one can prepay 12 weeks. This update will make rent easier for constantly playing people and clean up empty claims.

- Now you cannot rob overdue claims. The thing is, we wanted to give people with overdue claims an opportunity to come back. But, in practice, comes that overdue claims are robbed in a few hours which makes the very idea of comeback senseless.

We actually want to hear from active players what do they think about claims robbery. If the majority of you is pro-robbery, we will think about more interesting robbery schemes, say, limit it to a couple of items and make it more hard to do. We believe this will heat up the interest to explore.
What do you think? Let us know via special theme on a forum.

Shop changes
Rogalia world contains one very rare fruit - lemon. Once upon a time all lemon trees were cut off and now, only faction officials have lemons. Complete their difficult daily quests and you will get a worthy reward: lots of exp, gold and a lemon!
You can buy shop stuff for lemons: hair styles, mounts, walls, jukebox or slot machine. 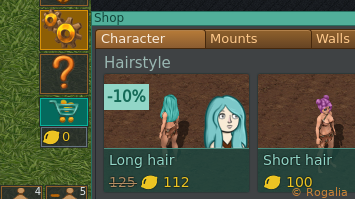 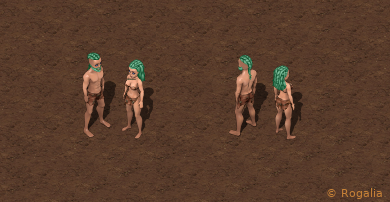 Issue with bad link to the shopper instruction was fixed.

Event: Horse Tournament
Now the Horse Tournament is available! Developers will run this event from time to time.
Armored with spears, two players must mount a horse and stand against each other within the bordered area. On command, they must approach the enemy and hit them with a spear.
Hit your enemy when you approach the green area. Damage dealt by you won’t depend on level, so everybody can join this contest despite the character’s level. Damage depends on distance between the foes; the farther you stand the more damage is.
The point of the contest is to deal as much damage as you can before your health points run out. If health points reach zero you will be dropped off the horse and fail.

Every person may participate the tournament. Tour winners will compete each other till the only champion left. The winner gets a reward.
If we see that players are interested in Horse Tournament, we will add something remarkable for a reward in the next updates! Say, Special Mount or Collectible Spear!

Optimisation
Memory usage is now more efficient. This update must significantly increase performance on a large amounts of objects or a crowded party of players/monsters.

Rags - first clothes and armor
Rags moved from body slot to leg slot. This is for beginners to be able to improve their defence with wooden armor, because armor fits the body slot. Those characters who carry their rags in the body slot will appear naked. Move your rags to the leg slot and your clothes will come back.
The look of rags was also updated.

Dynamic stats of damage and defence
Characters dialog now contain dynamically changed stats of damage and defence. That means you can switch between your weapons and gear and see how these stats change.
Moreover, these stats not only depend on actual gear but count on current buffs, potions and scrolls. Experiment with your gear and buffs: now you can see the effect.

Additional panels update
Hit “+” (it’s next to the big active button) to enable additional panel. Second hit will disable it. Every slot of each additional panel has its own hotkey so you can use scroll, potion or tool really fast.

Changelist:
- Error caused by removing map marker while switching over levels is fixed.
- Error that caused Firefox crash is fixed.
- Quests that require to build now display progress bar, object sprites and recipe links.
- Top 20 is now Top 100.
- Invisible scroll: makes character invisible for 2 minutes and reduces speed to half. Every action removes this effect.
- Characters removed after 3 days.
- Teleportation Rune craft now gives 2 runes.
- Happy Weed Stick durability increased as well as usage speed.
- Monsters loot and craft recipes are slightly rebalanced.
- Signpost with icons recipe is added (like those signposts in town).
- Faction rank is now easier to get.
- You can summon your mount on your friends claim.
- Heads on peaks now have a tooltip saying whose head is it.
- Deleted characters claim becomes overdue and breaks gradually.
- Now PK-characters don’t have a red dot on a map.
- The bug that caused underground monsters on a surface is fixed.
- Stats - Skills relationship is changed: Leathering now relates to Perception instead of Strength, Tailoring goes for Intelligence (instead of Agility), Fishing relates to Agility (instead of Perception).
- Boulders underground spawn rate is significantly increased.
- Now you cannot sell corpses via your seller.