Based on your feedback and a little magic from Tobias, we have finalized the artwork for Party of Sin's Common Angel.

Hey all, we have decided to take a break from the Sin Design Evolution pieces this week to release the finalized version of the Common Angel. We took back all your feedback, added some tweaks and came up with the official angel enemy. 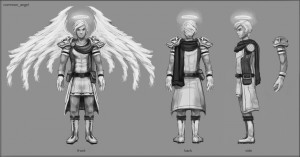 Tobias also finished up the weapon designs for the Angels. 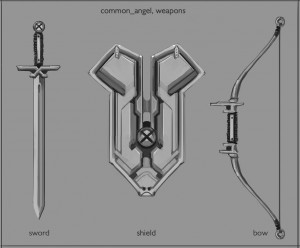 Beware Sins! These angels pack a punch and have
some Roman war tactics waiting for you!


Question: Do you guys like the modern look to the Medieval-style weapons for the angels or would you rather see a couple of Mach 10s? Leave all comments here.