After over a year and a half of development, Paradox Vector has gone from early access to Version 1.0. Paradox Vector is Schmidt Workshops' fourth commercial release. Here's a list of things you probably did not know about the game...

Some time ago, I had an idea for a quick little video game. I was inspired by my recent discovery of how to draw vector lines in a game engine, and I wanted to make a 1980s style arcade shooter with robots and laser guns.

Now a year and a half later, despite working solo, I have a sprawling MetroidVania exploration game, with FPS elements and non-euclidean geometry to amaze and confound players, all with the vector graphics style seen in the early days of arcade classics like Battlezone, Tailgunner and the original Star Wars.

If you haven't seen Paradox Vector, here are a few screenshots: 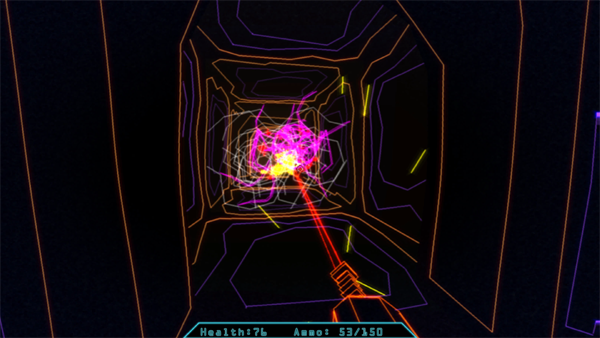 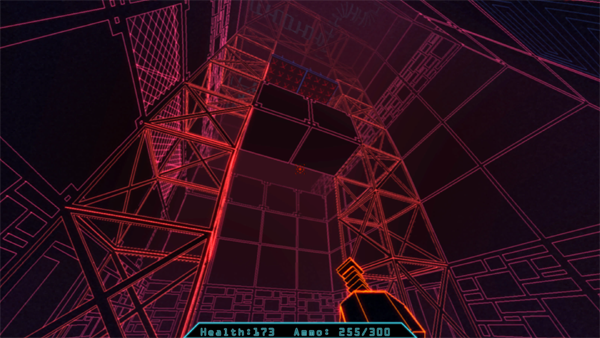 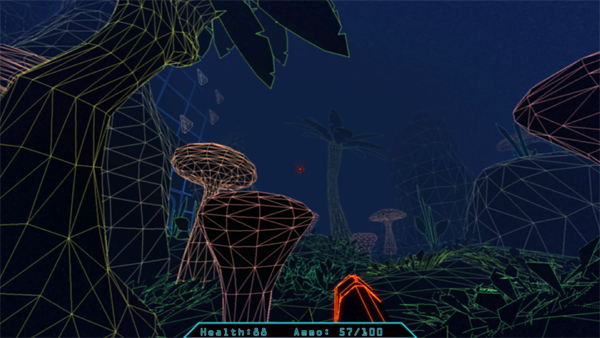 Still, even after all this time, there are a number of things most people probably are not aware of when it comes to this retro FPS game.

The name refers to several things at once. First, the non-Euclidean level designs are a kind of paradox, with endless stairways, triangles with three right angles, and waterfalls that flow around to feed themselves. But what about vector? Most apparently, vector refers to the graphic style of the game, which hearkens back to the vector graphics of the early 1980s. However, vector has another related meaning. A vector is a point in three dimensional space, usually referenced by it's x, y and z positions, in many 3D programs. This is where the name vector graphics comes from, since they utilized 3D vectors in order to draw the game objects.

However, in a less literal way, a vector can refer to any location, or place. In this case, it refers to the place in which the paradox exists, hence Paradox Vector.

One of the main features of Paradox Vector is unique approach to level design. Many parts of the game's levels are made up of a kind of geometry that cannot exist in the real world. I made a brief video about this, and explained where the ideas came from:

The release comes off the tail of the recent Realms Deep event, hosted by 3D Realms. I was very fortunate to have caught the eye of one of the event's organizers on Twitter. He invited me to submit a trailer, and I was happy to oblige!

Both Paradox Vector, and another one of my games, Star Explorers, were featured in the event. Without getting into numbers, I can say that my games have never experienced that amount of visibility before, or since! Here's the original Realms Deep trailer ... you can see Star Explorers at the :36 mark :)

Paradox Vector has gone through its Early Access phase on Steam.One of the game's most notable features is its use of vector graphics, something that has not really been popular since the early 1980s. Well, as a game designer, I am always looking for new and interesting ways to render my games, and I thought it might be time for a vector graphics revival.

After getting the game to render with vector graphics, I wanted to share something about the process, so other game developers might use my experience as a launching pad of sorts. I wrote an article that clarifies how I made the graphics, and encouraged others to try as well.

After writing the article, I also realized no one would bother using the information, since it was written in Lite-c scripting language. So I added a new section that outlines how a similar effect can be achieved in C# (for developers who use Unity). Enjoy!

5. The Music in the Trailers

I'd like to put a shout out to the Lords of Meat, who have graciously allowed me to use their amazing music in my trailers. In the tradition of First Person Shooters, thrash is the musical style of choice for the trailer. However, the game itself offers a very different sound.

The in-game music was actually generated procedurally by another game I made called Anomalies. Anomalies is an experimental game that has no real purpose except to experience a wide variety of sights and sounds. Anomalies produce noises, and occasionally, those noises sound like music to me, so I capture them, and have produced a number of Anomalies “records” which you can listen to on Bandcamp... 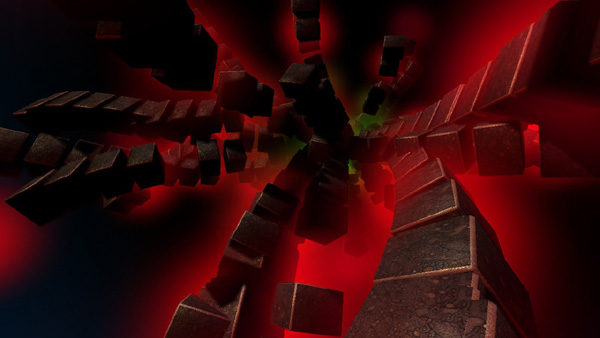 The strange geometry and unusual environments in Paradox Vector seemed to call for equally odd music, so I picked out a few different songs from the Anomalies records, and added them as background tracks. I hope you enjoy them!

A number of articles, reviews and interviews about Paradox Vector have already been written or recorded . If your interested in hearing what others had to say about it during various stages in its development, check out the following links...

“Lured me in like a moth to a Tron convention ... this is a very smart first-person shooter.”

“Competent and polished ... What struck me was how trippy the level design can be.”

In the Keep Podcast

With the release right around the corner, I am hoping to get as many interested player as possible to wishlist and/or buy the game. It will be available on Steam, Gamejolt and Itch.io. You can also check out the Schmidt Workshops website if you are interested in any of my other games...

The game does offer limited controller support, but it is not really advised to use a controller. It is really optimized for keyboard and mouse. However, if you prefer to play with a controller, there are a few options that work. First, the game has built in controller support, but again, it is somewhat limited. Try it out in the preferences menu. If the built in support does not serve your needs, you can try downloading a program like Keysticks. I was able to configure my controller using Keysticks, which is free, in just a few minutes. Honestly, it does a much better job than anything I was able to develop.

Steam also offers custom controller configurations, though I do not know much about how to set that up...