Lots of detail work since last month. Much prettier environments, and tighter combat. Plus, a bunch of new puzzles. Oh, and media media media!

I've been stuck for a long time on the intro to the mod. You might recall that there were some images posted a few months back of dubious quality that I've since removed. That was work from the intro sequence to the mod. I spent quite a while planning and building this large sequence that was to serve as a tutorial and intro to the game. It grew to two maps by itself. But none of it was working. I was trying to pack too much story into the game, and it wasn't any fun.

So I instead spent last month letting the intro simmer in the back of my mind while I focused on detailing the canals map that you see below. It's the first map in the water treatment plant portion of the mod that spans 2 individual maps.

What's funny is that as the details (collapsed roof, wires, lights, windows, etc.) are being added they keep suggesting new details, puzzles, level elements, back-stories, etc. so the available tweaks and changes I could make to any particular area never seems to diminish.

In fact, after detailing, the map in the video is within probably 50 brushes of being too full to compile (I forget the error I was getting. Something like MAX_BRUSH_FACES.) I had to delete some stuff to even compile it for the video! And please check out the demo if you haven't yet! 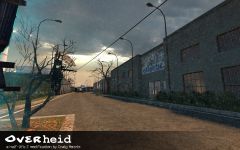 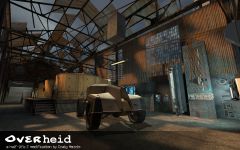 Thus mod is probably one of the most unique mods I've seen in a long time.

I just played the demo and this mod is GREAT! so intence and good looking. LOVE IT.

The new stuff I'm working on is going to blow the demo out of the water. =)