This is the story of the conception of my indie title, Akeldama: The Game of Trust.

I've picked up a lot of inspiration for the game I'm building now, but it all started with nuances. Deus Ex was one of them. 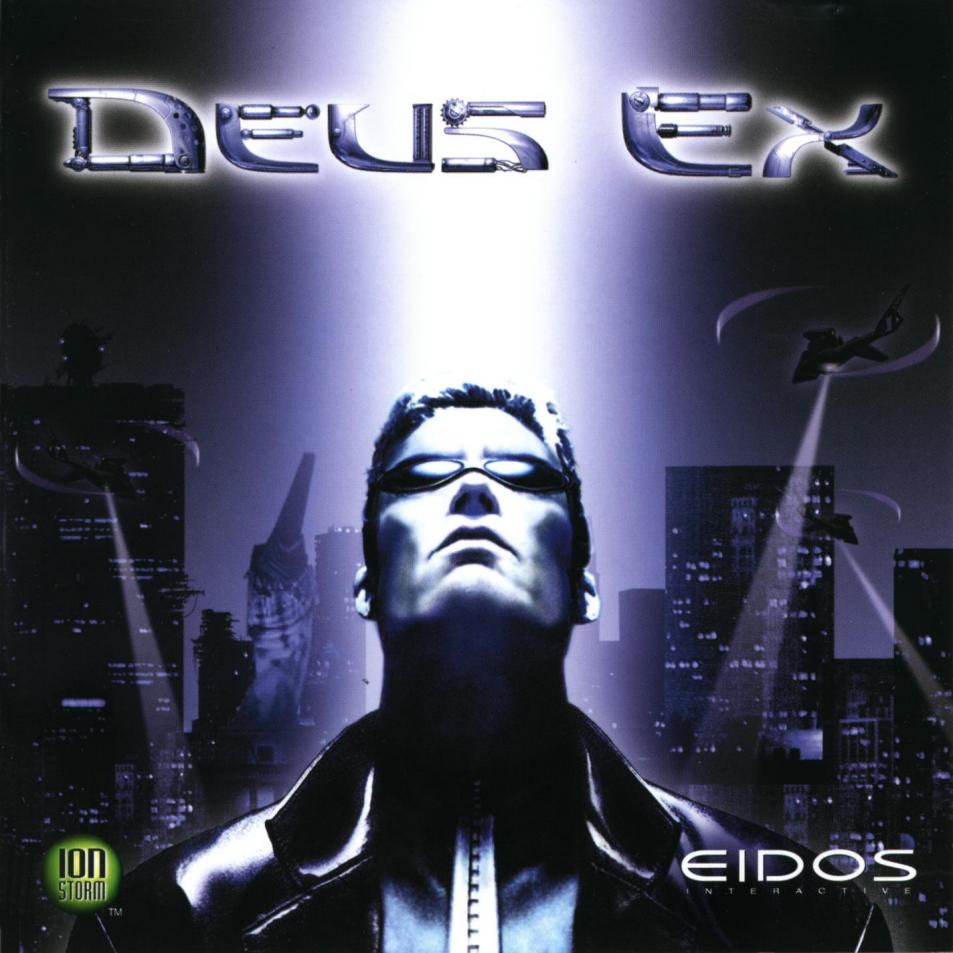 While playing Deus Ex, I arrived at our headquarters and proceeded to explore every single room in the base. I went in my brother's office, that robot chick's office, the office of that guy that looks like Brick from Borderlands, the shooting range (or was that Half-Life?), the bathrooms--and then that's when it hit me.

While being briefed on my next assignment, my boss ended the conversation with a brief remark about how going into the girl's restroom embarrassed him more than it embarrassed me. This probably sounds like nothing (and it really is in today's industry) but it freaking BLEW MY MIND!! This is why: the game remembered the little things I did, not just the big things. Blue Lacuna did an excellent job of this as well. Remembering the little things goes a long way in creating a believable world, regardless of the graphics (Blue Lacuna had NO GRAPHICS!!). 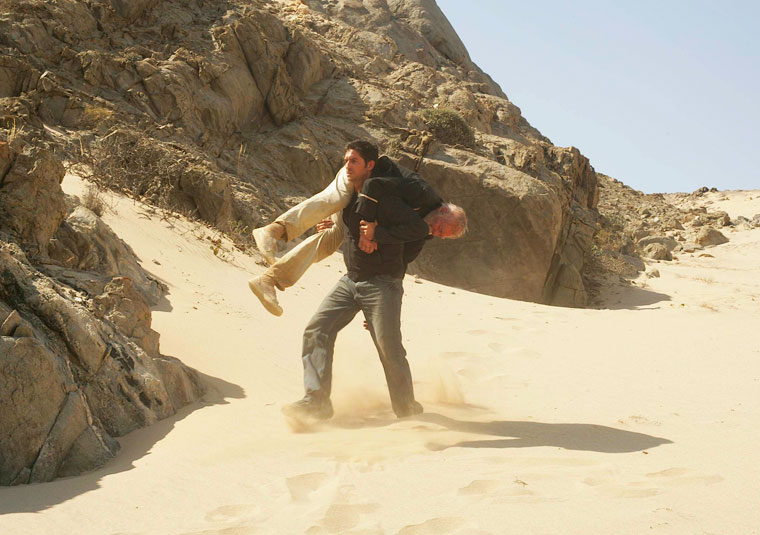 I started the project in the summer of '10. My friend, Connor Hoffman and I were going to create a game based on the amc reimagining of The Prisoner using RPG Maker 2003. We soon realized that, being free, we couldn't import our own custom characters. I decided to look for RPG Maker XP and we started working within that editor, planning to purchase the RPG Maker liscense and full version of the editor when we reached the end of our free 30 day trial. 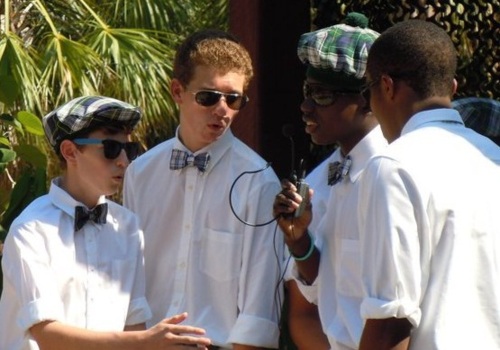 (Above: Connor is the cool-looking dude toward the left with the curly hair and classy shades)
Well, we had trouble getting together to work on the project and getting jobs for eachother and didn't make it very far. Also, early in the development process we decided we wanted to something bigger, and get paid for it too.

We planned to give the player an island. The player would be able to explore wherever he wanted and try to discover the secrets of the island and the mysterious school, The Township, that he had inexplicably become a part of. It was a good idea, one that I may return to in the future. 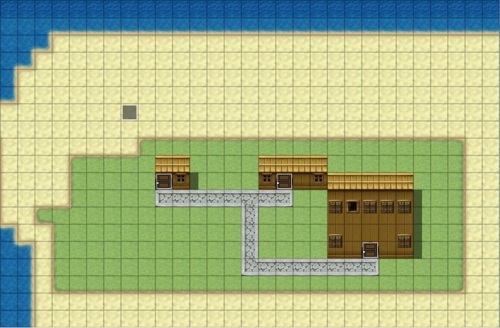 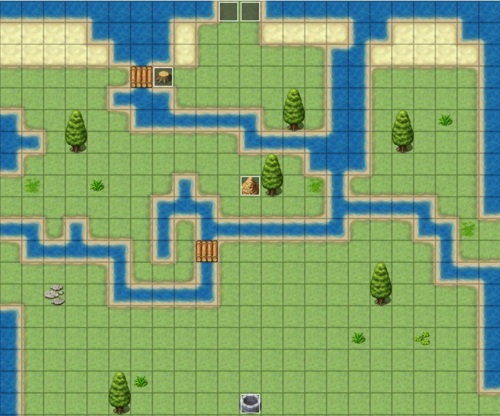 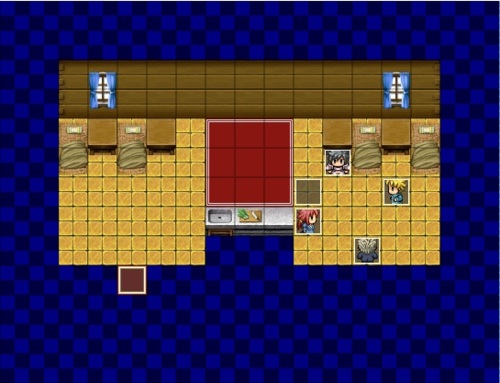 This made it of the runway for a period of time. I discovered RPG Maker VX, the newest iteration, and purchased it. I began my work, without my friend, and made the introductory level. Soon I realized how difficult it would be to build a consistent world since I hadn't written a storyboard and was writing the story off of the top of my head.

November rolled around and I took a break, entering the National Novel Writing Month to clear my head and start a new writing project. I found that during the month I became inspired and really wanted to make a game--not write. So I did. 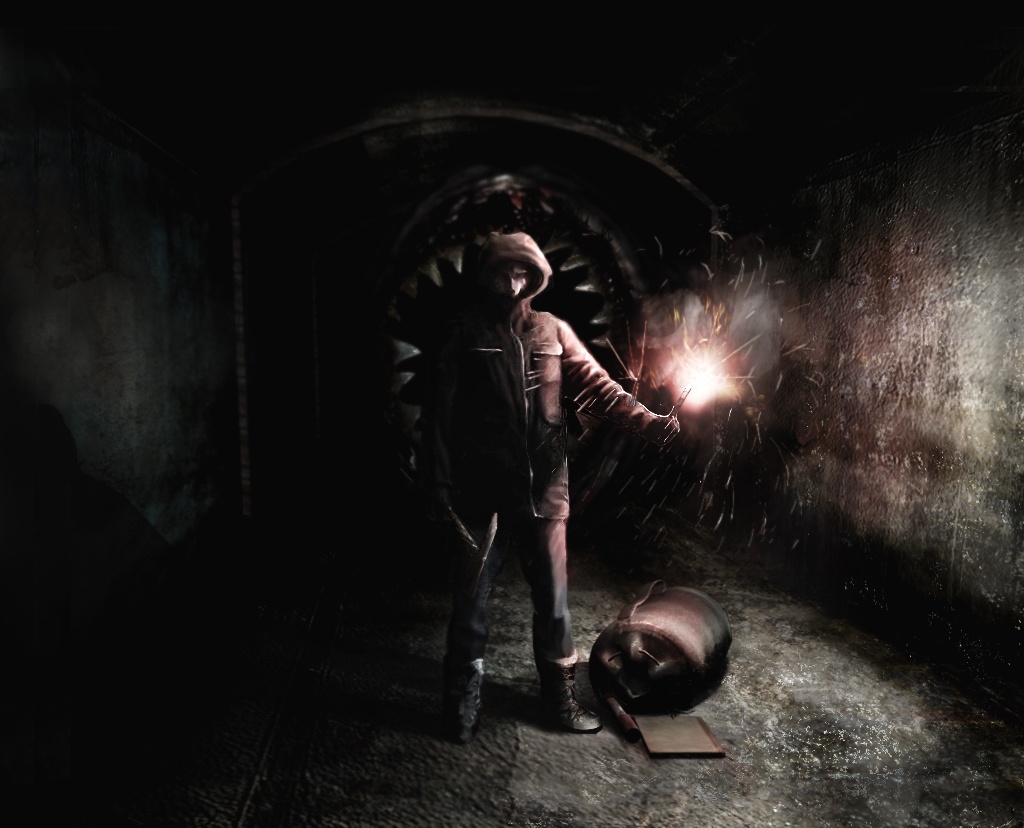 I replayed Frictional Games' Penumbra: Overture and discovered the perfect blend of puzzle and story for my game. It would take place in a mansion so I could control when the player could move forward and couldn't go back. I could restrict puzzles to certain areas of the mansion. I push the story forward in a linear, but organic and compelling way. I was further inspired when I later played Frictional's latest game, Amnesia: The Dark Descent, but more on that later. I used all of the same characters I had planned for The Township and moved them over to the new environment. And so I started Akeldama.