Our first open beta is coming soon! We are also explaining the features of the game, and what to expect in this version.

Our first open beta is almost ready! We intend to launch it 01/15/2011 if everything goes as planned. You can expect the following features in this version: 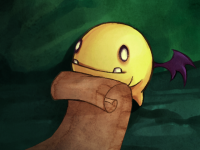 Features that will be seen in the full version of the game:

The open beta will be posted here on IndieDB.