The final animal from the redone Dashanpu formation has arrived, Omeisaurus tianfuensis!

Posted by JaggedFangDesigns on Sep 12th, 2019 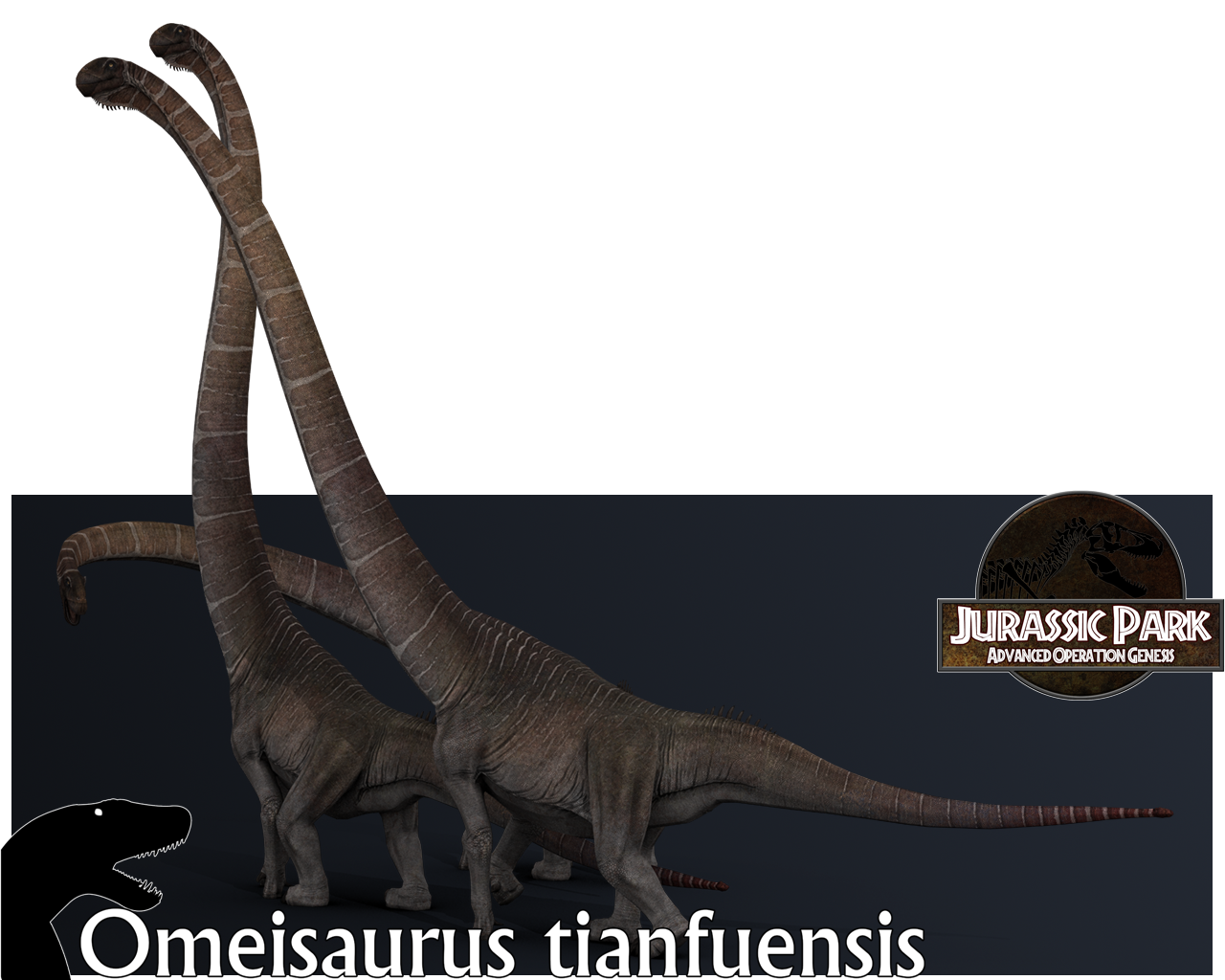 O.tianfuensis is the largest species within the genus Omeisaurus, standing at an imposing ten point eight (10.8) meters in height and weighing in at eight thousand four hundred (8400) kilograms O.tianfuensis is the only member of its genus to reach Large classification as opposed to the closely related Mamenchisaurus which boasts three Large class species. As with all members of Mamenchisauridae O.tianfuensis features a small club on the end of its tail and a row of large spike-like protective scales over its eyes.

While not having been on the market for a long time like other Mamenchisaurids such as M.hochuanensis and M.sinocanadorum, O.tianfuensis has managed to secure itself a seat as a fairly popular animal in a similar manner to C.grandis in it being a large yet easy to care for Sauropod that eats relatively little compared to other Large class Sauropods yet manages to attain an imposing height more often see in the Gargantuan classification than in Large. This combined with the somewhat striking appearance O.tianfuensis has with its dull body and bright red tail has managed to secure it as a three star animal and a household name almost globally and is often cited as being one of the most well-known Sauropods to the public.

In terms of behaviour O.tianfuensis is a placid animal for the most part, able to tolerate up to four other members of its species within a single containment pen provided they have enough space, however the moment an O.tianfuensis individual becomes agitated either from another one of its kind in too close proximity or from other external stimuli it is quick to demonstrate the club on the end of its tail with this organ having caused several near fatal injuries during the early days of O.tianfuensis behavioural research which has led to the current maximum number of individuals recommended for a single containment pen.

O.tianfuensis itself sees little popularity in the private dinosaur trade, something that is understandable as those within the trade are often looking for animals that put O.tianfuensis to shame in terms of both height and sheer bulk such as B.altithorax and D.schrani with this preference even extending to other Mamenchisaurids such as M.sinocanadorum. This in turn has led to O.tianfuensis almost being non-existent on the black market with few known incidents of O.tianfuensis juveniles or eggs being sold, and as a further result of this O.tianfuensis is not present in any modern ecosystem due to the general lack of people owning any individuals to release into the wild. 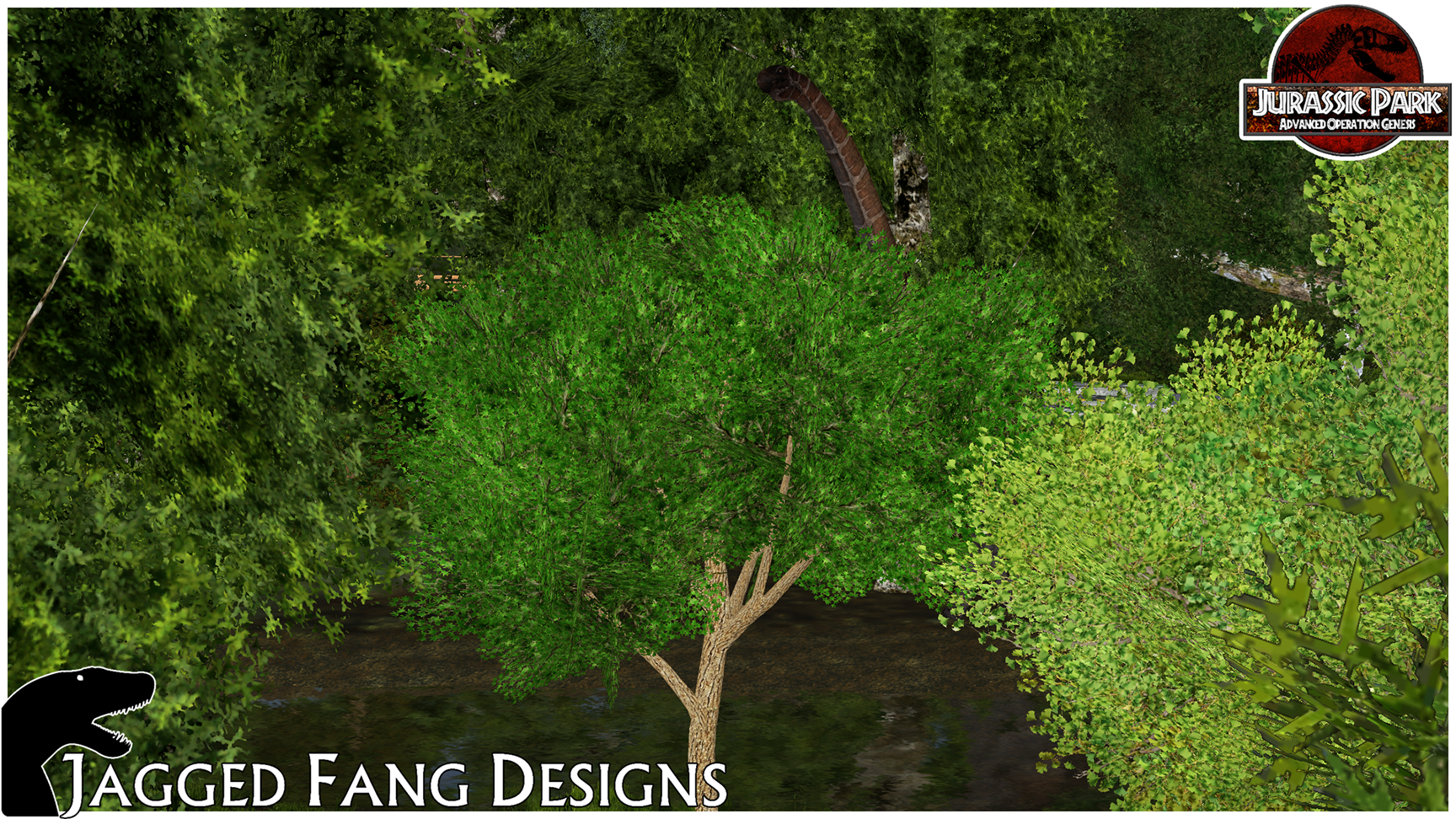 So to bookend this update we would like to announce we're going on an official break from developing Advanced Operation Genesis for a short while as we have accepted another project, however we shall be back at some point in December!

Man I love the pattern :D

OMG! I honestly can't say this enough, but you can't appreciate this model and texture until you zoom in on it in the 3D model viewer! Please, everybody zoom in on it and bask in all it's beautiful glory! This mod is so damn amazing!

Nice skin details that you can see when you zoom in 3D viewer!
The model looks good too!