MGM has declared chapter 11 bankruptcy to reduce its debt load while continuing to operate. This could be good for the Stargate films, as MGM tries to recover and post profits. MGM will still own the rights to Stargate and expects to raise approximately $500 million to fund films and TV series at the end of bankruptcy.

Filming of Stargate Universe season two was completed on November 18, with the mid-season finale airing on November 30. The second half of season two returns in Spring (US) 2011. 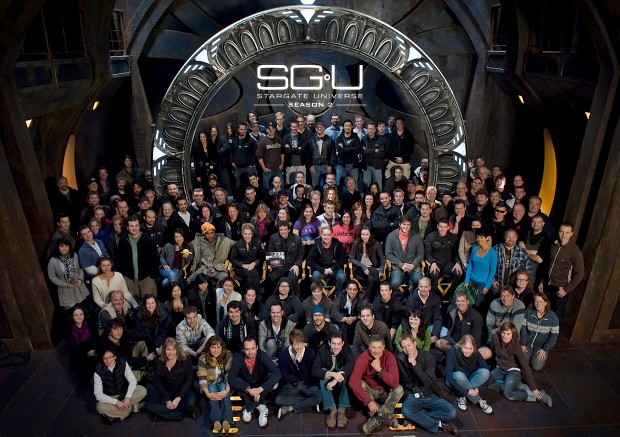 Just watched the MS finale last night ( recorded earlier ). Very rich and complex story-line development. I wasn't initially thrilled with the slow, methodical nature of the character relationships and story progression, but I'm enjoying now. It's become apparent that it was necessary. The crews really going to need some allies in the spring - things are looking to heat up !

copy and paste what he wrote.... even the part about recording it :P
and stargate is massive around the world... and yet for some reason none of the big companies have even tried to pick it up... and also how the hell is MGM going under, they have tonnes of awesome movies... such a mystery