Post news RSS Not a death, but a change in direction

The game is taking a new, community-wide approach to Quake Mods on PSP. The game is also changing gameplay and story direction. Read the article to find out more.

This game is not dead, but the direction is being changed. 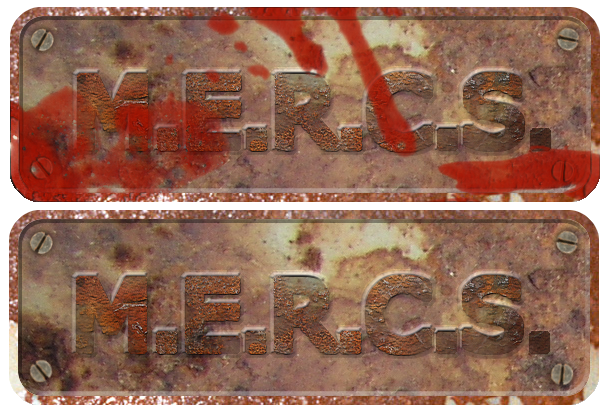 The PSP is dieing out, no doubt about it.
And along with that, we are loosing a lot of PSP modders.
So what if we bring the psp community together, for one final epic psp mod?
Of course, not just anybody can join. Whoever is accepted is on the team. Whoever is not can still contribute however. When the team is busy, whatever other things needed at the moment will be posted on the website, and the rest of the community can contribute with those. The best one will be picked and used in game (like the Blender team's community work with their Blender-made movies). Plus, the best might just win a spot on the team.

the team breakdown would be

Each job (animation, modeling, etc.) is broken up into smaller teams. These teams further break down into specifics.
The Lead (coders, mappers, etc.) monitor the statuses of the smaller teams and report it back to the top leaders. They also plan and make sure their teams meet the quotas set by the top leaders.
And yes, people can have multiple positions, as long as they can keep up with each one.

The game will be like Mercenaries: Playground of Destruction mixed with rpg, fps, and free roam elements of Fallout 3. Main quests will be "contracts" and side quests are contracts that are not given officially to you by the country representatives.

There are Factions, countries fighting within the country you are in. You can do contracts for all of them except for the lead enemy. The countries may have differing alliances as well. They all have neutrality levels with you, and can be hostile, neutral, or friendly (except lead enemy). Hostile and Friendly have benefits. Being Hostile with one faction may make you friendly with another that does not like that faction. Being Friendly will allow you to buy resources for cheaper costs, and the soldiers will be more willing to fight along side you. However, Hostility with a faction means they will shoot you on sight. Some contracts will target other factions, and you have to choose if you are willing to hurt that faction or not. You can bribe factions. One faction will allow you to buy stolen goods from other factions and/or civilians. These include Vehicles, Weapons, and Airstrikes.

How is Open World possible on PSP with Quake?
When the engine is done, it will not be like Quake at all, and for this reason we need the best Engine Coders we can get.
Cities are surrounded by walls, and loaded as separate maps.
The engine will be modified to load the maps as you move through them, eliminating the problem of insufficient RAM and processing power to load large maps at once, like Quake normally does.

In the "Country" (Wasteland) or area between cities, there will be small camps, outposts, and the like of varying factions. If they are friendly, you can transport to them (not sure yet, but MAY be so)

Also in the Country, there will be differing terrains of mountains, plains, etc., but sand/snow/rain storms will limit view range in some areas.

STORY
You are a Mercenary. During a war in a communist country, multiple factions have begun to help out, but they do not all ally with each other. They have their own reasons for fighting in the land. The war as turned the Country into a wasteland, but a few cities still thrive. You are sent in to the country as an elite spec-ops unit by the United States, but being a mercenary you do contracts for other countries as well.

The team doesn't have a moddb.com page yet, but there are a few members.
Currently two modelers, an animator, a novice mapper (myself until we find a new one), and a texture artist.

Our goal is to create a large, organized team. That way the workload can be shared among a large group, allowing members to have time to work on their own mods at the same time, yet still progress faster than a smaller team.

PM me (Nixtwiz) for questions, comments, suggestions, or applications until we have a site up and running.

This article will be re-posted under a new game.

most people have their own games they are working on. While the psp is not as active as it used to be, id say it is far from dead.

BTW, you are basicly asking for a giant team to make your game :)

The PSP is going to die. You can't deny that. And the 3DS and PSP2 releases will negatively impact the PSP's popularity as well.

Look at all of the PSP mods. None of them have ever been finished, and some of the ones with the most potential never even made it to a release. There are only a few mods still active, and of them a few of them are slowing, and the others really have no direction. They most likely won't die (except for the ones with no direction), but they may not see a release for a while, and a completion for a long time.

If the community doesn't want to pull together to make one final game, with work that can be flexibly adjusted to fix their time management for other mods/their lives, fine. But the community should at least try to help each others' mods out. They don't have to have complete access to mods' files or anything, but they should still be able to donate to the mods.

Same as such, mods could share work with each other. Thing such as scripts of code (.md3 support, hlbsp support, etc.), textures, models, etc would really help out some mods.

I don't know what happened, but somewhere modding went from a fun past time to a competition. If we are really a "community" why don't we work together?

that is because most psp games are started by nooby kids, and just forget about the games.

The only good members of the psp community are working on games already :P

We have enough content to get all of the dead mods the community wanted jump started, the teams just have to be willing to SHARE their work. As long as they are credited for their work, I don't see why teams can't share and work with each other.

I will be willing to help at weapon modeling. Low poly is my specialty.
But I will help if others are also willing to. ;)

I will assist with the coding, but I do doubt that you will find enough coders to fulfill each specific job.

Alright thanks. and I know, but its just in case I did find enough, or some that were best at a coding certain things.

Can you compile for PSP?

No, but I can help with the QC coding.

I just re-read the news thing, open world on psp on a quake engine is Highly un-likely. This would require an overhaul on a ton of things, and doubt it would work

That's exactly why we're trying it, because no one has done it before. Its going to take some very talented coders to revamp the engine, but its possible. Models are also going to be very low poly for a while, as the engine coding is going to take a while for it to be efficient.

My look on this, "you don't know till you try"

There's really nothing bad that could come from trying.

I hope this team makeing this game in future