We talk about our new trailer and how we created it. And of course our greenlight campaign.

So finally after an excruciating wait, have we managed to finish our trailer. I have written a lot about the work process here earlier. To be honest we had planned to finish earlier but we did a couple of things on this project that we haven’t tried before. One was using our cinematic editor which hadn’t been put through this kind of hardcore testing before. It seemed simple at the start but then the project grew, we wanted to be able to record game play and replay it and place cameras along it to make the game-play seem more cinematic. Then we needed tools to fast forward and backward through these and then the ability to take screenshots during them. It quickly grew which means that a lot of things had to be done with half-baked tools, However this is just development. 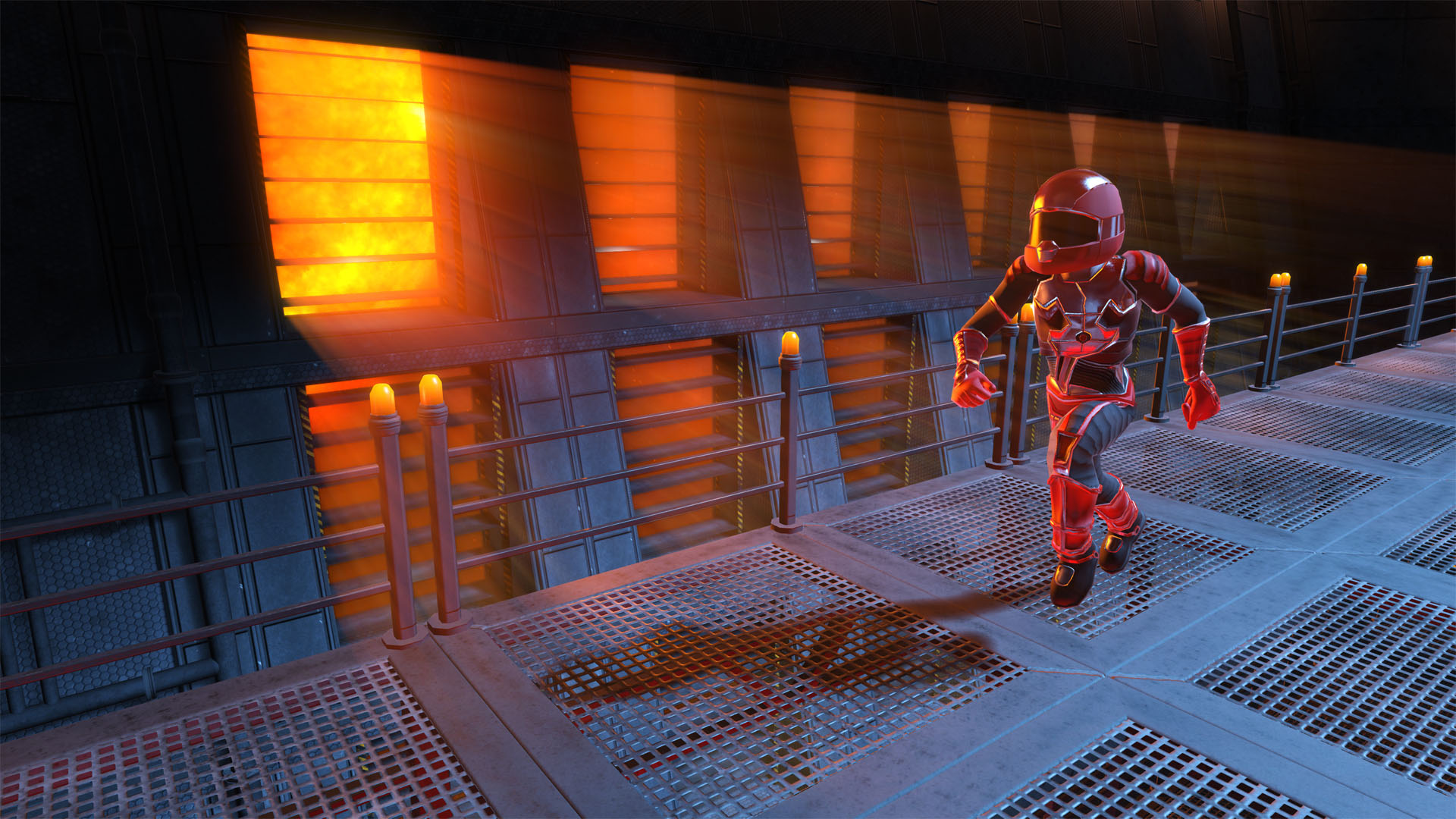 The other thing was that planned,filmed and then cut the entire trailer before adding any music and instead had the music be composed to match the trailer. This allowed us to tell exactly what we wanted to the viewer and also give the exact emotion we want at any part of the trailer. However it also left an huge amount of different possibilities and the more possibilities you have the less time you have to polish one because you have to decide first. While we are very happy with the end result it took almost 2 weeks to do the soundtrack and our poor musician worked nights every day of those. In the end result it too to much time and energy and we probably will go back to the music first clipping afterwards methodology for coming trailers. 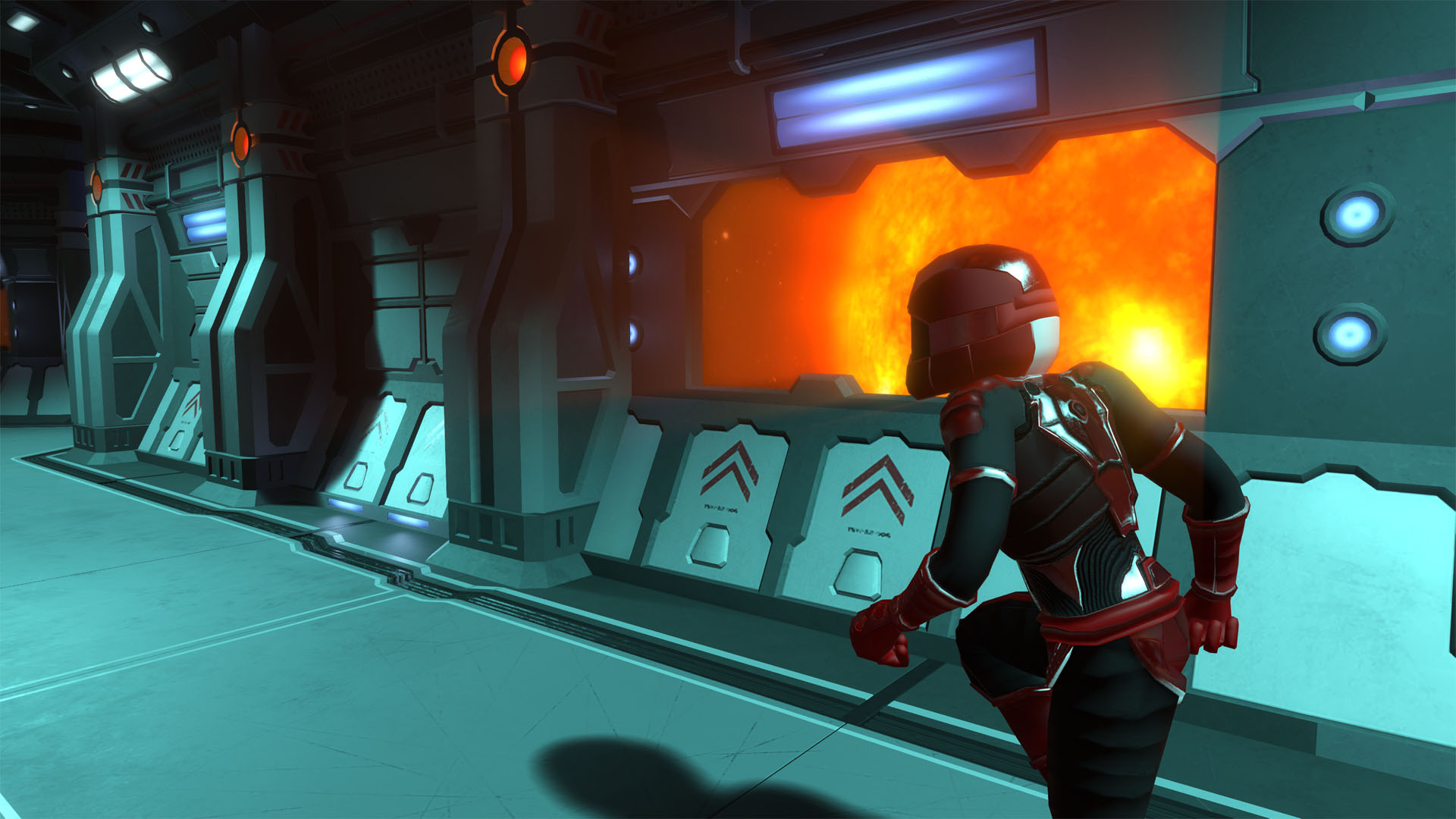 However this is not all that we did. While the rest of the team was working hard on building the new verisions of the first 5 maps of the game so that we can test them and then adjust and retest. I was working hard on the trailer and our greenlight campaign, between writing texts,taking screenshots and directing a trailer it became way to much for one man alone so we took in Tommie Hansmar to help with directing the trailer and his help was invaluable with adding the cinematic touch to it. So because we created the trailer together I could find enough time to do all those other stuff. And really get everything ready for our greenlight launch which was today ! So if you have followed us or just feel that the game concept has promise please go over to greenlight and vote for us. Just click on the image below and you will be taken there and to the trailer. 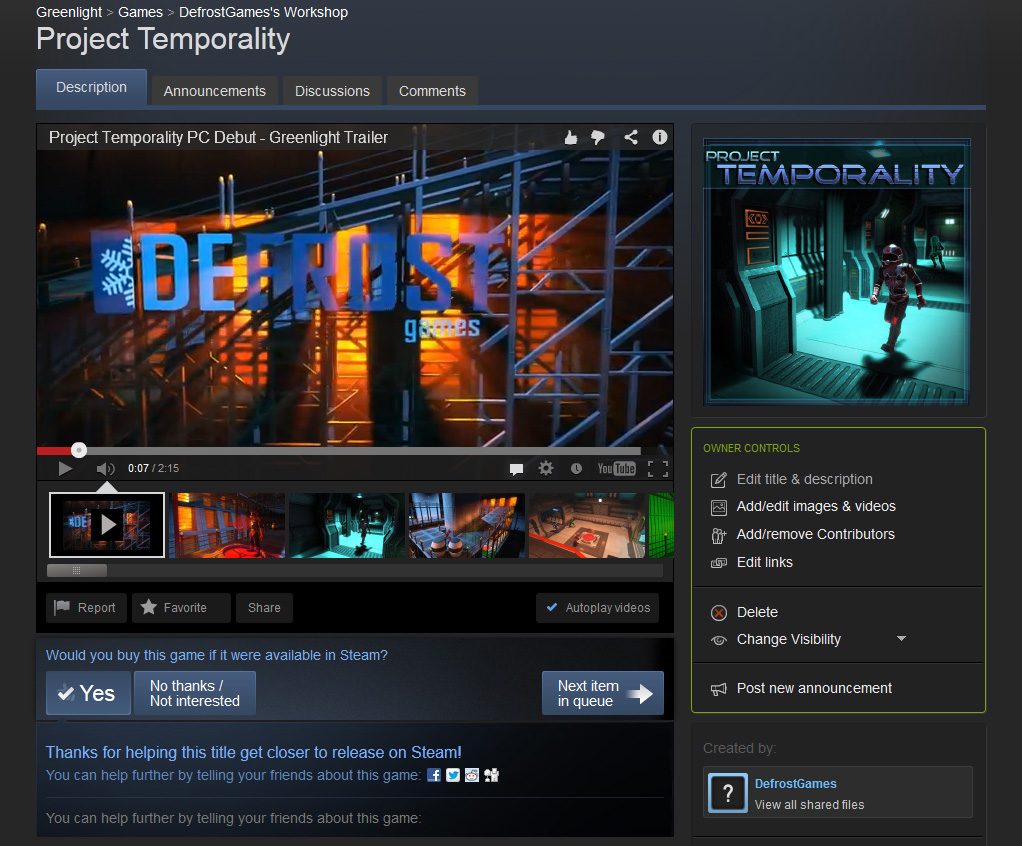 This is however not the end we have more things coming soon. The current trailer is a cinematic trailer we are also aiming to create a trailer that really explains the core game-play showing booth real playthroughs and the resulting end timeline side by side to really give a taste at what hides behind the scenes in the game-play. Except for this we will be continuing to push towards the final release by creating testing and polishing and we hope you will be along us for the ride.

After reading the comments on Greenlight it's clear many people are enthusiastic and understand what the game is about. So congrats and good luck!

I thought the trailer took way too long to get to the point (for it's overall length). The scene with gore came right out of the blue and seemed really out of place. Then again we haven't scene any in game footage before so maybe that's something that will be explained down the track.

We opted to go for the pretty pictures approach for this trailer because people have had a trouble grasping the gameplay from earlier trailers. So the first 60 seconds establishes the environment and story setting and then we start showing of the gameplay more. we are going to add a second pure gameplay trailer to make sure that people really get it. Because at the moment people seems to grasp only a part of it. But then again it is hard to show it because it happens mostly in your mind.