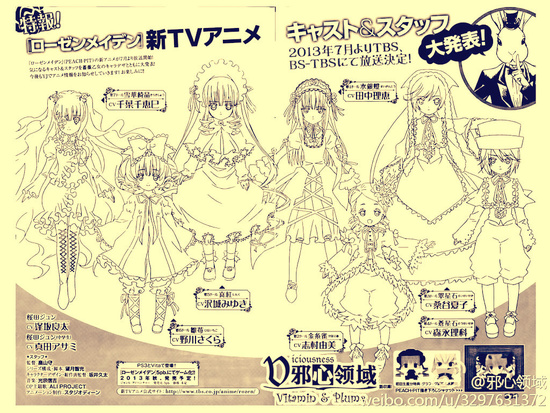 This year's combined 21st/22nd issue of Shueisha's Weekly Young Jump magazine is revealing the cast, staff, and character designs for the new Rozen Maiden television anime on Thursday. The cast members from the previous anime projects are reprising their roles with two new additions,Chiemi Chiba and Ryota Ohsaka.From left to right in the image above, the cast are: