Eufloria 2.04 has been released bringing loads of fixes and features including some great modding addons. A compo will follow soon!

It has been ages since we have done a proper news item here so this one will have a fair bit of news. As some of you now Eufloria (used to be Dyson) has been available for purchase for a while now from our site and from numerous other locations. (Steam, Direct2Drive, Stardock Impulse, GamersGate, Getgames).

Here is the official trailer video for those of you new to the game:


We are delighted with the response we have received so far and to make sure people get the most out of their purchase we have kept improving and updating the game in various ways. You can check our website for previous releases and updated to see what we have done in the past.

The latest release of the game has included some extra good bug fixes and features, (demo updated here) but I want to highlight something I am especially excited about. We already have some pretty cool levels and mods made by fans popping up on the forum, which is great. Lua allows for some funky things to be done and quite a few people are rising to the challenge. (My thanks to those brave souls!)

Having said that, it can now get even better, as Alex has been kind enough to expose a number of graphical routines in the code to the general modding public. Specifically, you can draw your own graphics in-game through Lua! Here's a quick flower pattern drawn at the centre of an asteroid from Lua: 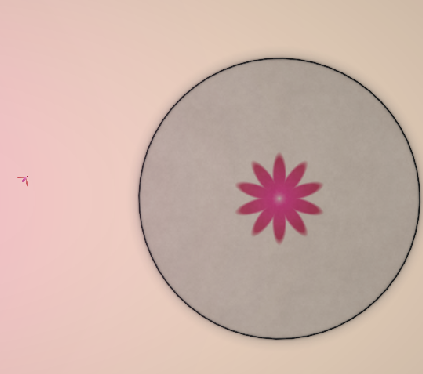 You can heavily modify the look as well as the logic of the game (have fun with those moving asteroids!), which in some ways scares me as much as delights me. I wonder when the first in-game errmmm PONY will appear. ;-)

So, in practical terms, the modding potential for the game has now increased by an order of a magnitude. We can't wait to see what people are going to do with this. Other than the features themselves we also decided to promote this in other ways, so we are giving you all heads-up that there is a modding competition in the planning. We are not announcing the date yet, but wanted to give you a heads-up so you can play a bit with the new modding features before really going mad. :-D

Some initial info on how to mod the visuals has been posted on the forum in this thread, but this will be expanded on in the near future. Additionally, there is a very detailed and thorough modding guide that covers logic and level creation to be found here. (See alos the tutorials section right here on Eufloria's MODDB page)

So, more on this in the near future, and please do make some funky Euflorious content!

This game has to be one of my favorites. Really looking forward to helping the Eufloria guys establish a modding community.

Does this mean we can mod a multiplayer version?

Neat! Sorry about the lack of updates here on ModdDB but you won't believe how busy we have been. At least the modding potential is growing steadily now. More news soon!

Great news, my brother got addicted to this game and keeps jumping on my PC to play it :)

I also agree with jangsy5 and really hope this opens the door to some kind of multiplayer, even if it is just local co-op or something. Although of course online would be phenomenal!

I love it, now we only need More seedling types.