Version 201 of the open beta of Projekt "W" - Phase 2 has been released. This version includes bugfixes for problems with ecology buildings and global projects, and for the first time also adds a native release for Linux x86_64.

Introducing another platform, Linux x86_64. Contrary to a 64-Bit windows, a 64-Bit linux doesn't support 32 Bit applications out of the box, and in order to run them you need to install some multiarch stuff. So from now on those of you that run a 64-Bit linux (which I guess is standard like in the windows world) without 32-Bit libs installed can just grab the 64-Bit release. 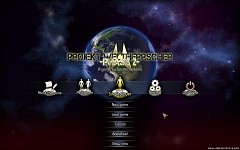 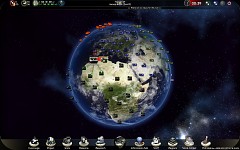 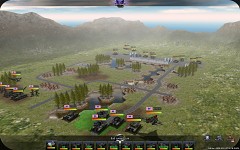 The Mac OSX release that I recently announced isn't quite ready yet, but the game already runs and plays perfectly on a mac. But since there's still testing left to do (I only have access to one mac, a mac mini at work) and I guess I'll have to tweak some code and fix some minor issues before I can release it to the public. Depending on how it turns out I may run a closed beta with the Mac OSX version first though.

Important note for the desura release : JYI : The updated release has been submitted for desura release, but due to the approval process it may take some time until you can grab this release from desura.

And once again I'd like to thank all of you that downloaded my game and gave me (lots of) valuable feedback. This release doesn't include gameplay improvements that you requested, but these have been noted and will be put in one of the upcoming release.Next on my list is (finally) starting wok on the politics feature, a feature that'll hopefully add to the gameplay and make the game more of geo-political simulator.