Lots of new art to show you guys including the Hell Void animation and concept art for two enemies and some environment art! Also, design changes detailed.

The final version of the hell void! Hell voids are portals to hell littered with peering eyes. If the player gets too close he is sucked in like a vortex and its jaws snap shut with him on the other side. The closing animation is not yet completed. 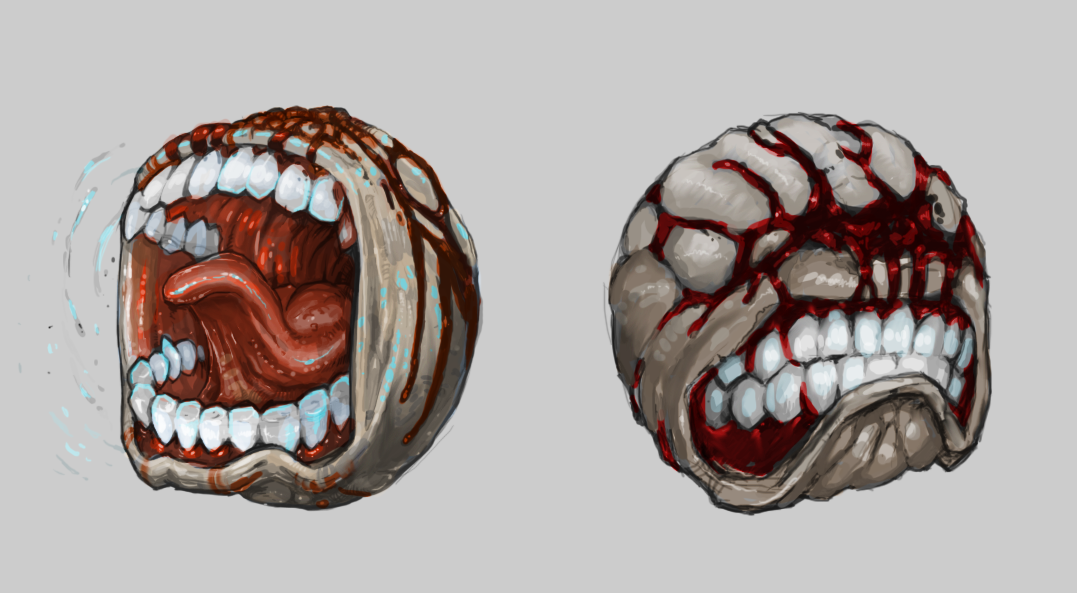 Concept art for the game's third hell hound: Wrath. He paces back and forth, seething in anger. You have to find ways to sneak around or by him or he'll drag you to the nearest hell void. 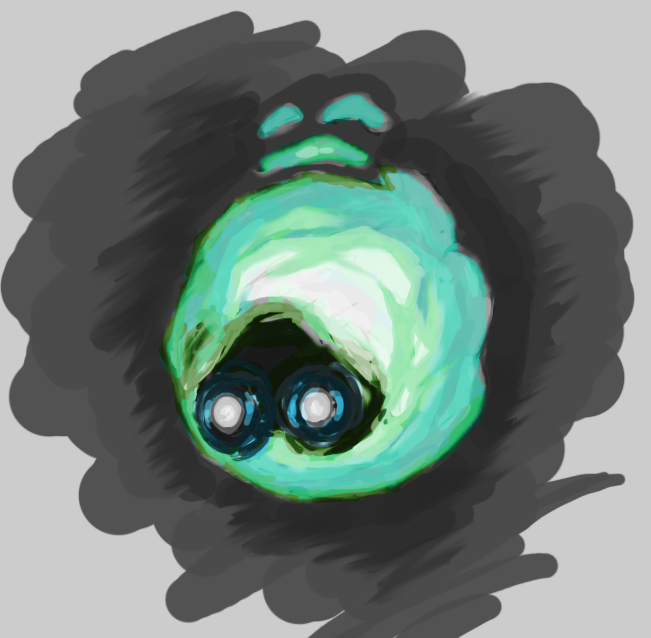 Concept art for Worry, the spirit. They pace back and forth anxiously. If the player touches them, they panic pushing him away and running. The player can use them to reach areas he couldn't reach otherwise. 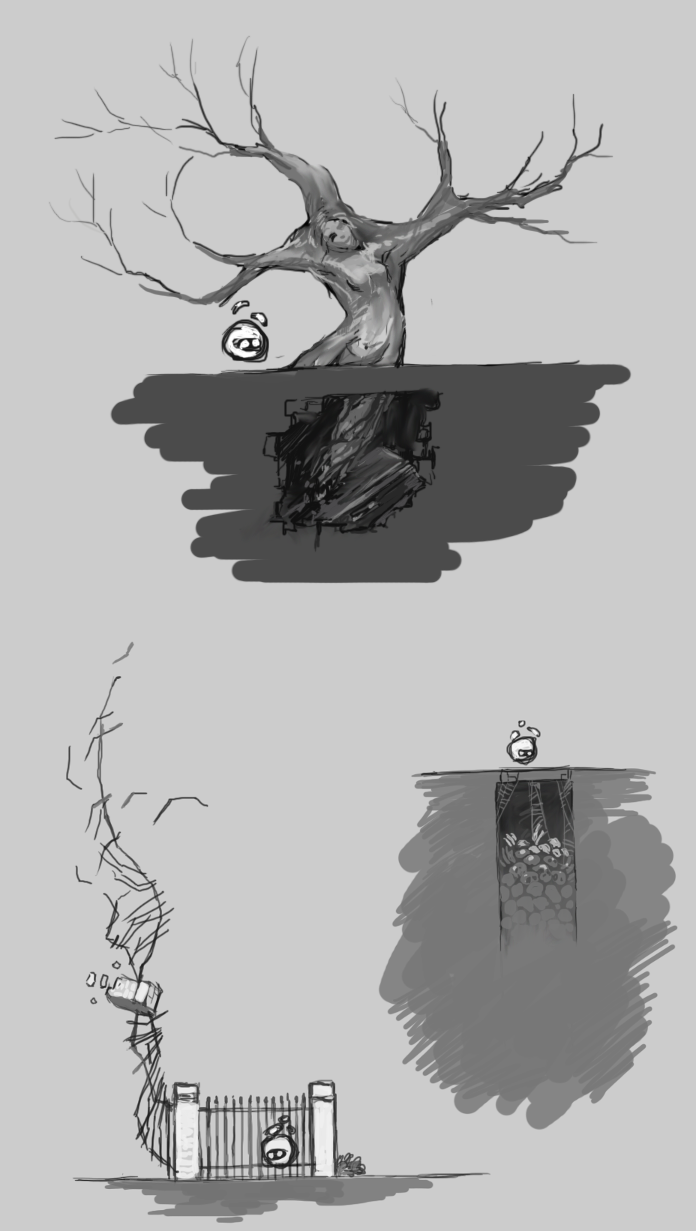 I've changed a few things for the game's overall design. There will now be many, many more mementos per world. However, the majority of them will simply involve reaching them and touching to obtain. Those ones will be generic mementos with no name and a standard sprite. 3-4 mementos per world will remain more important to the player. For those 3-4 mementos, there will be a hard to reach door. Through the door will be a room containing one big (more traditional-style) puzzle for the player to solve. Each puzzle is based on the item itself and they'll all be fairly unique.

Also, I have made slopes/bumpy ground barely used in the game and improved game performance in the process. The reason is that slopes actually inhibited gameplay and to be honest simply made the game look worse. The ground will not appear flat, however. There will be foliage and rocks and environment art that make the ground look less dull.

This game is going to be amazing. Keep up the great work PLEEEEAASE!