The die is cast! 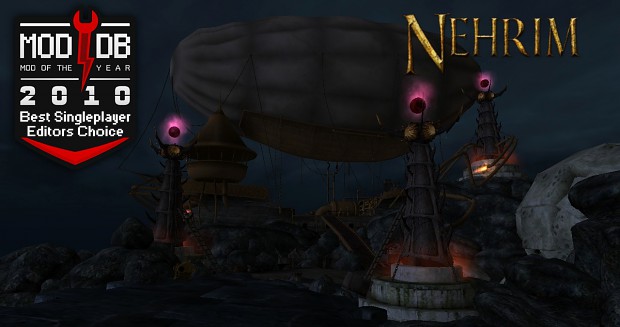 This is huge.
First, thanks to all folks who voted us to the Top 100 list. Thanks to the translation team - although we know that the English translation is far from perfect, we'll be trying to improve it in future patches. Thanks to all who contributed to this mod!

The SureAI team will do its best to earn the success even in the future:

In other words: Stay tuned and expect much!

nehrim earned this award for being a damn nice mod

Come on people keep it flowing!

Update and addon?! I'm definitely in love with this mod. An update soon: soon like in 2 days or in two months? (very soon or just soon?)

Easily deserved. This is the best, most professional, and most comprehensive mod for Oblivion ever released. Excellent job! I eagerly look forward to future projects from SureAI.

I voted for you =(
Make an english voice acted version! =(

I love sure AI. But when they mean soon. its usually not soon haha