My Story about Computers, Simulation Games - and my BIG chance to be who I'd like to be. Or What is your favorite business game? Is life a game as well? Welcome COMPUTER TYCOON on board!

Business simulators are awesome, right? In those games, we can show to the world how good we are, how far could we go if we had the chance and the budget, right? Also, for some Computers are like our friends in our life, don’t you agree? Maybe I’m way too sentimental?

My name is András Illés and a year ago I started my indie game studio, we are working on an indie business simulator game called Computer Tycoon: Indiedb.com

BUT what's the story in that? 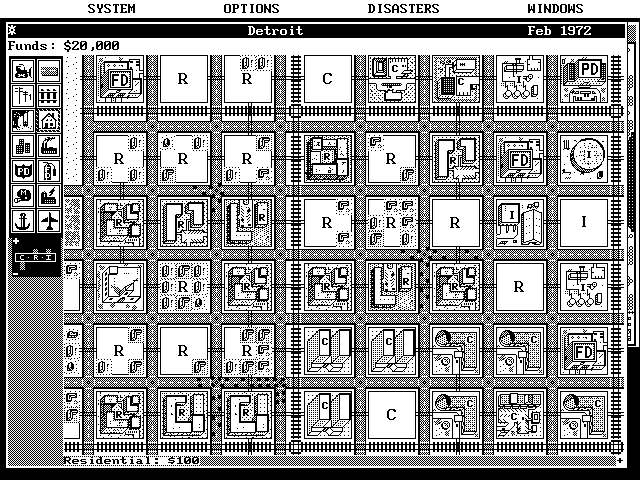 My first business simulator game was SimCity. Do you remember to it? The first SimCity running on DOS. My PC that time was a 286DX with a 20Mb hard disk drive. Of course, SimCity was a city building game (obvious haha), but from a game design/financial point of view, it's still a business simulator. You must build, invest and expand. Your service is the city itself! After that, I remember playing Transport Tycoon when I was around 10-11 years old. I was playing it on a 486DX computer. I was so impressed and so eager to get that money in the game and build bigger and bigger trains. Oh and the 2.5D! Isometric graphics, oh my god! I truly loved it. Rollercoaster Tycoon? Does it mean something for you? In fact, my 486DX wasn't fast enough to handle the graphics anymore. My solution was to watch the trees in the corner while I was doing nothing, but waiting for some cash. That was a lot of time (especially on a slow machine)… Still, I loved the game, especially the building part. What a creative and fun game! And yes, here we are again: I loved to make money. Sometimes the sequels were awesome, sometimes I was disappointed. For example, SimCity 2000 and 3000 were awesome, but after that, the franchise is not so fun to me anymore. Or we got openttd that is just awesome! The game dev tycoon is really a newcomer, but I really enjoyed it. Or we have now the TV Empire Tycoon (ok it's a remake, but a very nice one), or Prison Tycoon, Blueprint Tycoon, Plant Tycoon and so on! Somehow I feel like the games I like today are very similar somehow to the old ones. What do you think? Don’t you think that games tend to be more stupid year after year? 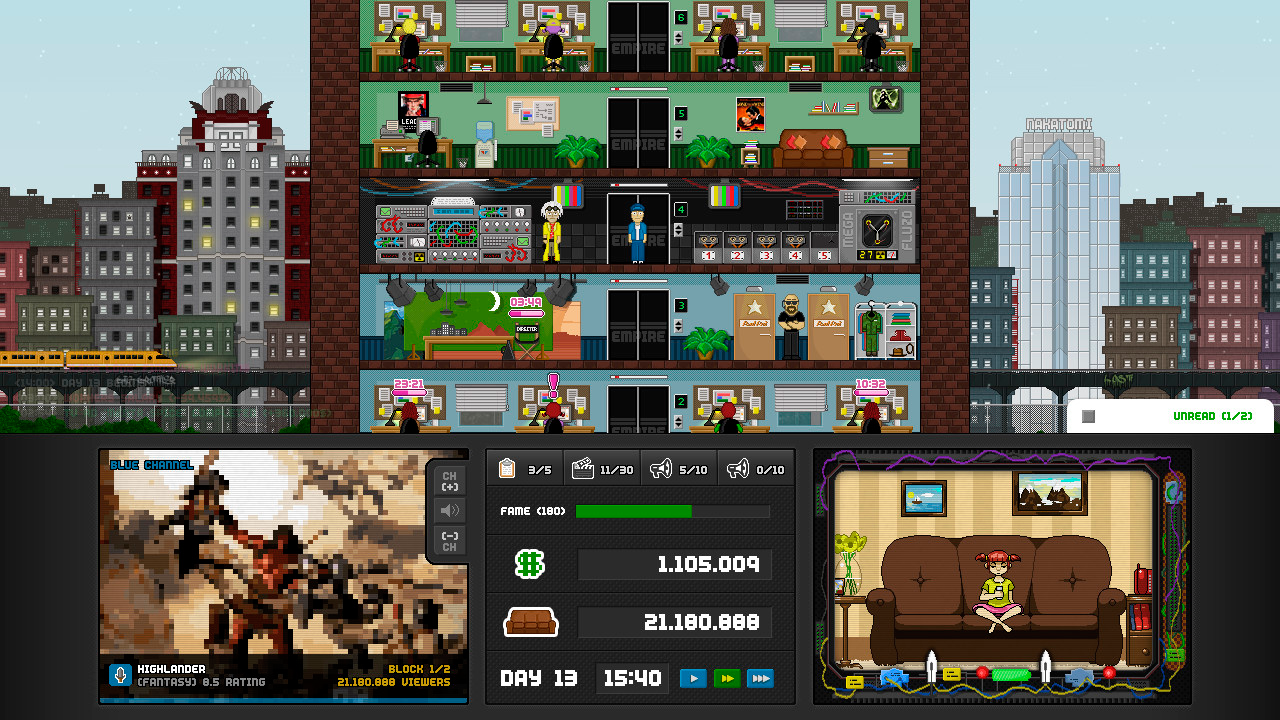 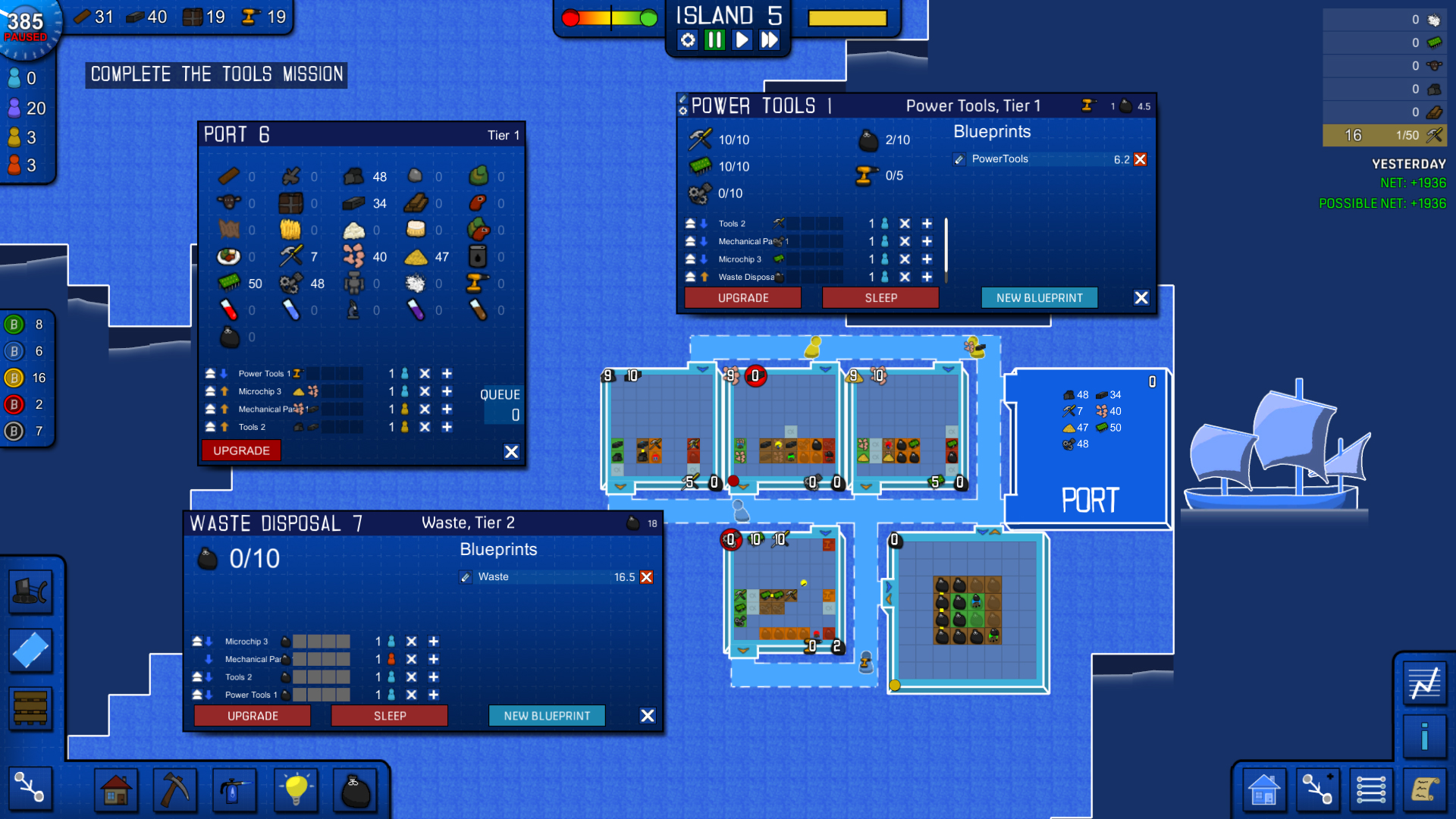 As years passed by I got better and better PCs, and I played more and more games. In fact, my first computer was Commodore 64, not the IBM 286DX. I changed the parts years after years, I had a 386DX, and a 486, several Intel Pentium 1 compatible PCs and so on, and so on. With the Commodore64 I used a small TV from the soviet block called “Junost”: Encrypted-tbn0.gstatic.com But my actual first monitor was a CGA compatible monster! Oh wow in graphic mode it was able to use 4 colors, but in text mode, it was able to produce 16 colors! (I think my eyes got a strong damage from this monster haha!) The other parameters of my systems were going up as well. Fun-fact that all of my computers were totally outdated all of the time. Partially because I live in Hungary and basically we didn’t have the stuff that people had years before us in the states or in west Europe (oh commercial was totally different those times), and the second reason that we were poor, so I had to “work” with those things that I was able to get. Poor here means likely even poorer than you think. Don’t assume that “hey this guy had computers what is he complaining about?” When I got the 286DX my classmates already had Pentium 1 computers at home. Still, I remember how excited I was before buying it. I had been reading books about DOS for weeks before that! It’s ok by the way, I learned this way a lot. 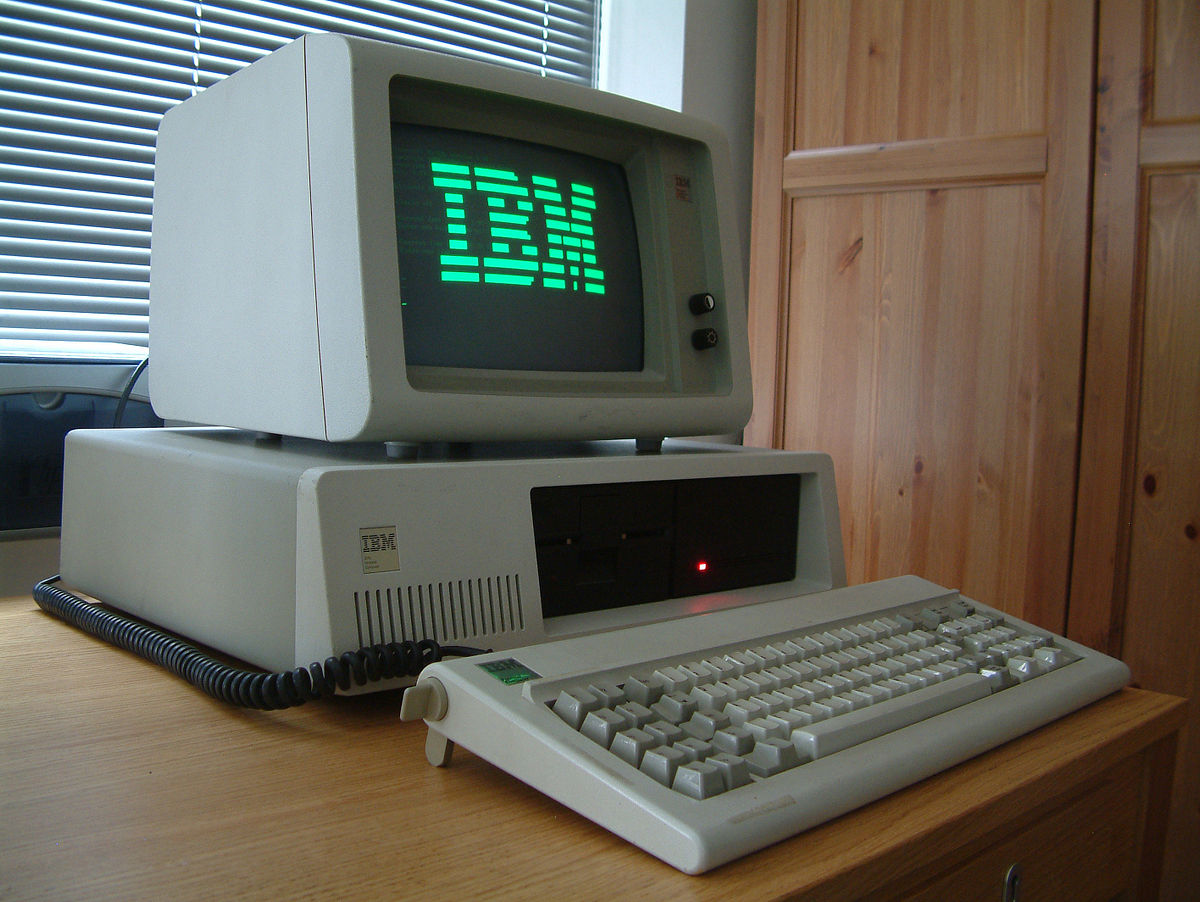 Just imagine my face when I connected the power supply cables to the motherboard inversely! The motherboard and the CPU died. Jep, today I know that blacks should have gotten to the middle. Well, that was a lesson to learn, that made me just more eager to study. Don’t be strict I was around 8-9 years old that time and nobody helped me to do these things. Eventually, I ended being an IT guy. What a surprise, right? Today I have a kickass PC sitting next to me.  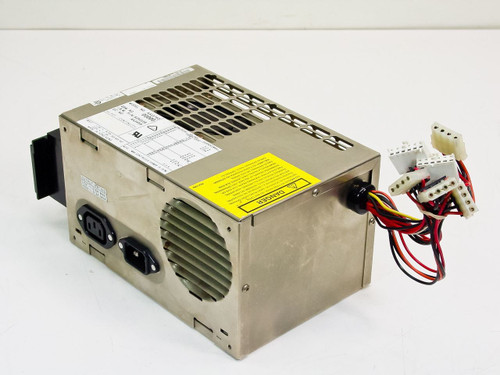 After this journey here is the deal:

There are three things in my life that I always had a passion for: Computers, simulator/strategy games, and music. Well, the third is slightly less important in my story now, but the first two had a huge impact on my life. That’s why I joined the IT industry: I always wanted to be a game developer. Unfortunately, my financial background didn’t give me the chance to be a game developer in Hungary, so I went into the business sector and games and game development stayed to be a hobby. I reached over 10 years of experience a “solution architect” position so far, but something happened a year ago,- I decided to change my life and to share my life. To give something to the people around me, especially for youngsters. They will never have the chance to do what I did. The IT sector develops just way too fast for that since the 70s. 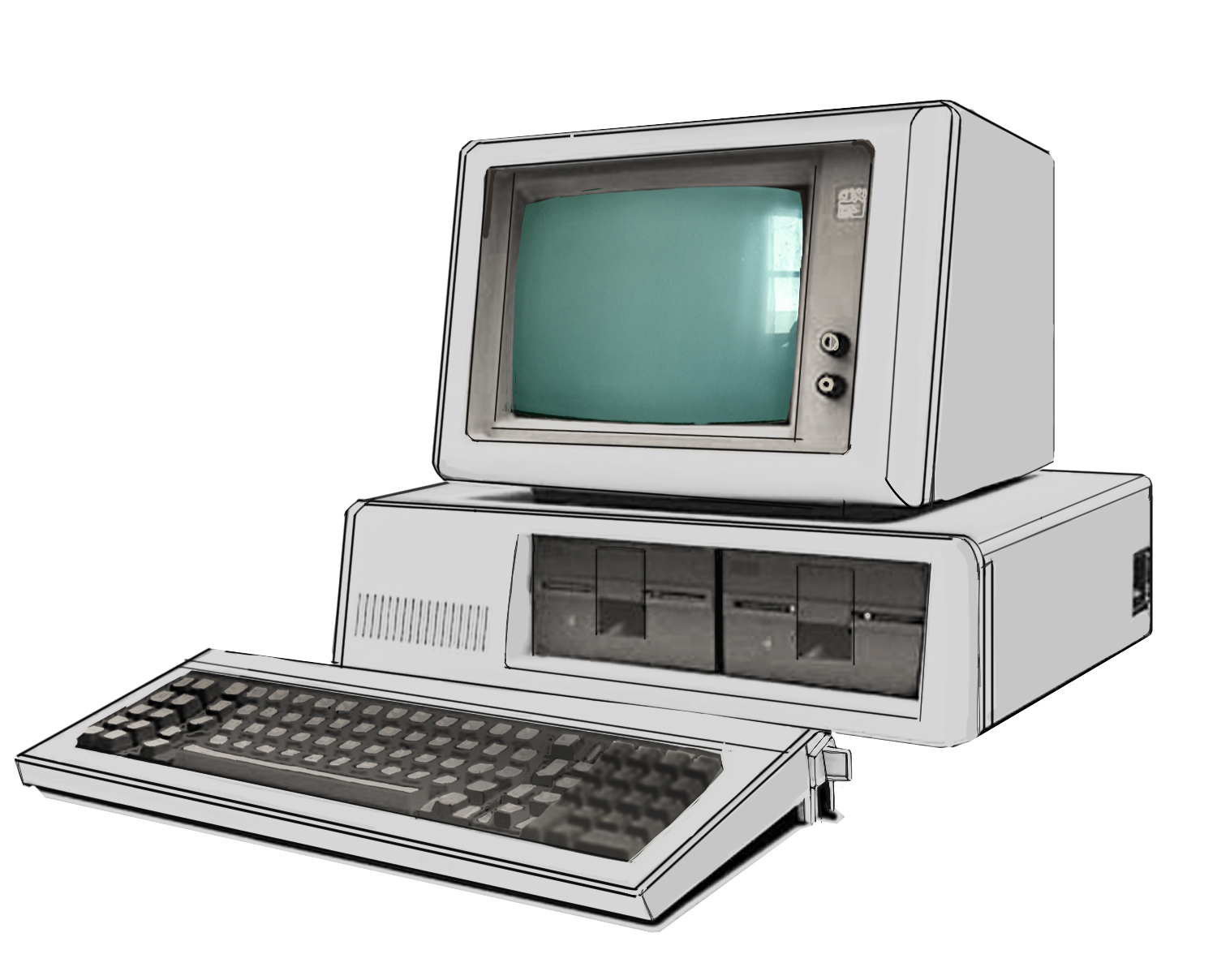 Look, here is my lovely 286dx :) from Computer Tycoon!

I’d like to push everything into a game. About games, about computers, about the poor kid’s dream of making money haha) Computer Tycoon is going to be my first real child. (oh yes, I’d love to have real ones in the future, but I’m just burning my career right now haha! ) Being a bit more serious, this is my BIG business game now, but it’s not a simulation anymore, and the difficulty is hard.

The indie scene is just perfect now for creating such a game with old qualities. But I really need your support! With opinions, with sharing my stuff and even testing my game. Please join to my newsletter so you can be informed about the game, or later even win a free copy:

But first of all, tell me about YOUR computers, and YOUR favorite simulator games. What did you like in them? What are your memories? In Computer Tycoon you will be able to replay these memories again, so I’d like to get as many impressions from you as I can.