Unfortunately the screenpack had an odd selection-screen so I had to use the "BIG"-selection file instead of the one intended for the MUGEN-game - cause all the new characters ended up outside of the area where you can see who they are. The selection-cards ended up below the actual place where you'd see them - and using the "BIG"-selection screen would solve the issue cause it returned the selection screen to a normal one - but it messed up the screenpack slightly.

Sadly I don't know how to adjust the unit cards to fit the better screenpack selection-file. Anyone with the skill required is free to fix the screenpack so that the original one can be used looking like in the picture above. I'm using the "BIG"-selection-file when the original was a different one - it's still in the data-folder. 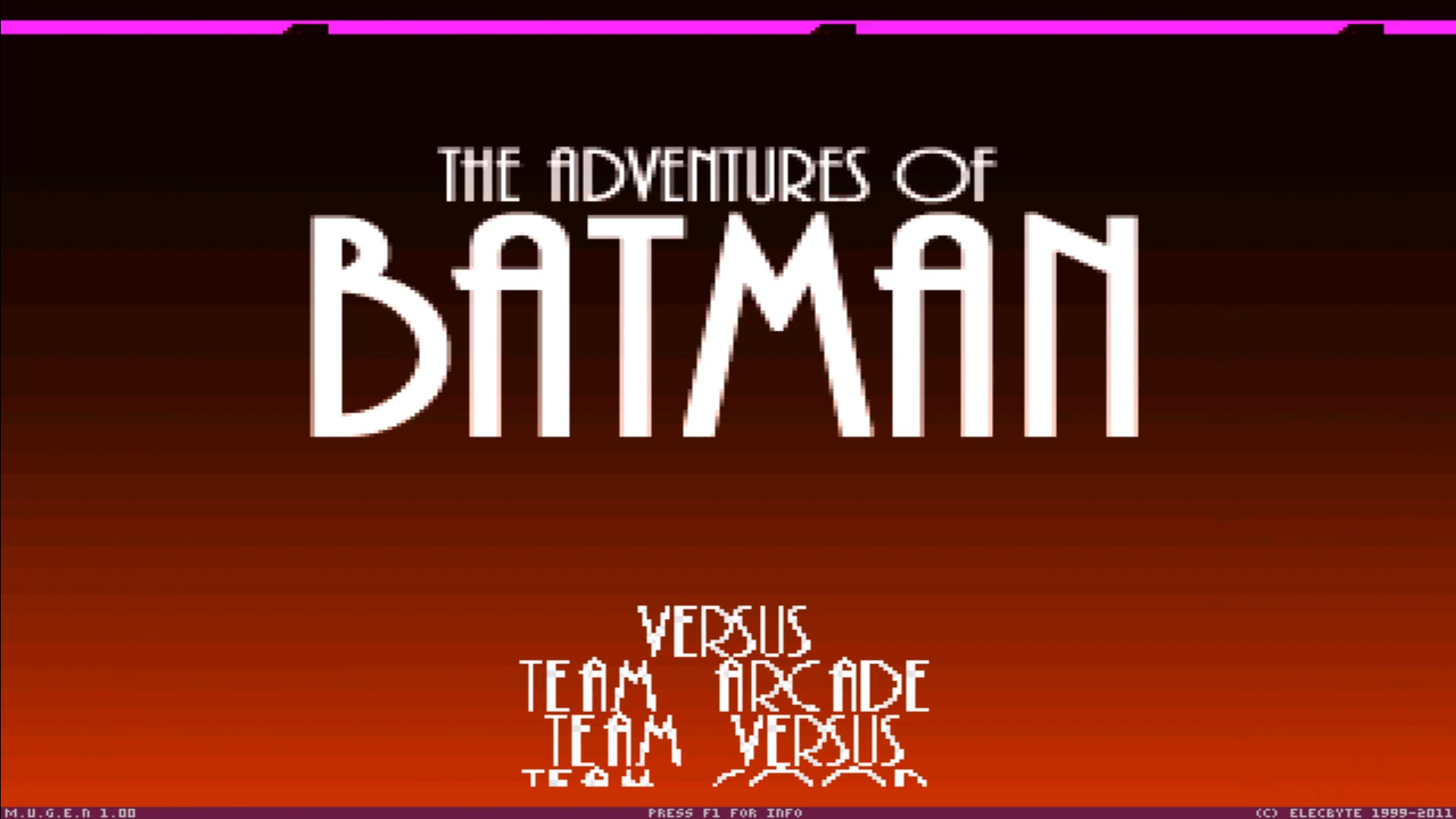 I'm using stages, characters and music made by others. The music is from the SNES version of "The Batman and Robin Adventures"-game - it's not cut in the video but the release is using tracks that have been cut in half due to copyright. All the rights to the music belongs to the japanese composers and the company Konami. If you want the full songs you'd have to get the songs yourselves but the songs I've included still has their correct names mentioned in their file-name/description so what you need to do is just get the full songs and then replace the ones inside of the game with these - and you can easily do this by renaming the full songs to the same names and placing them in the sounds-folder. 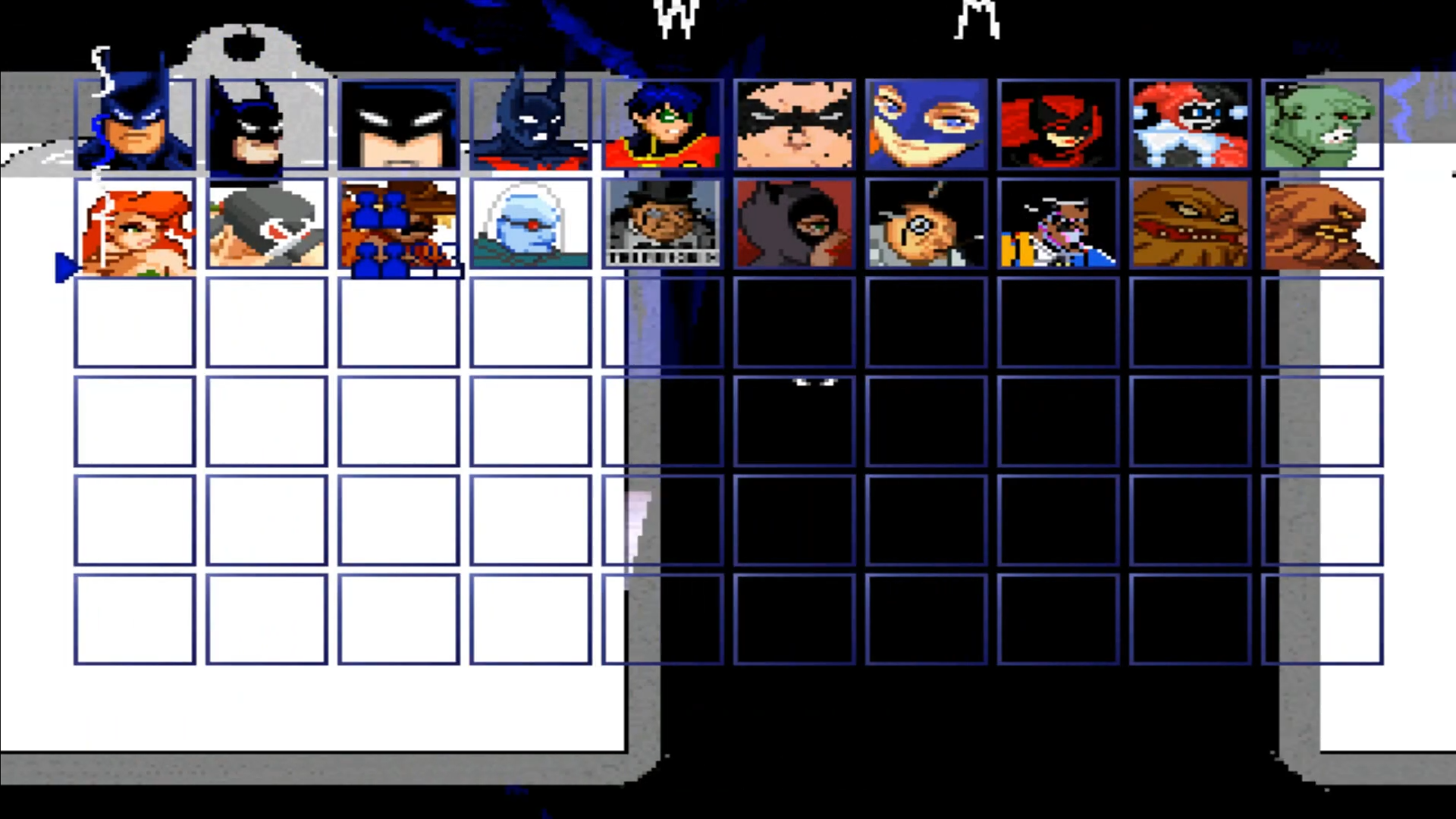 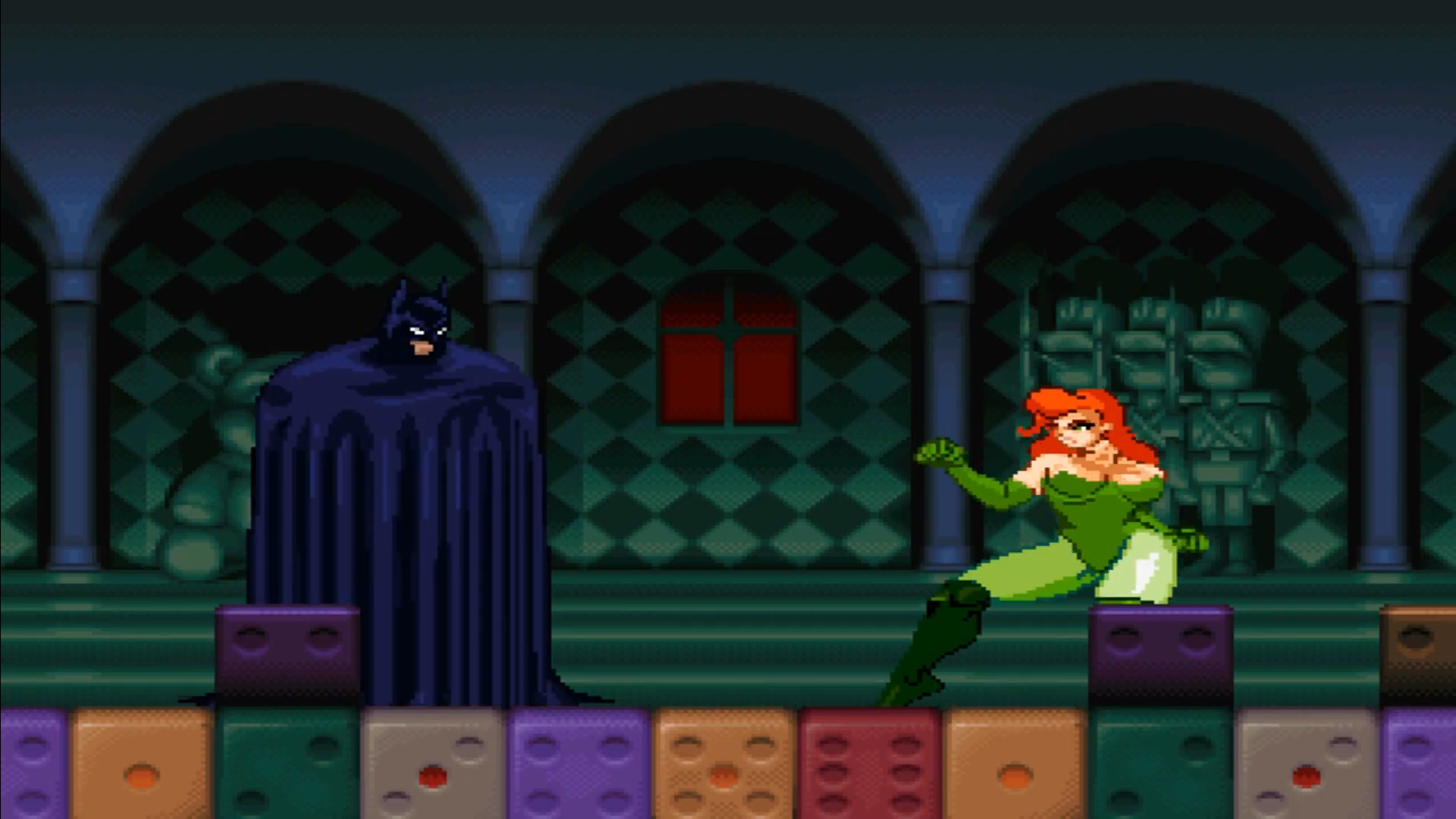 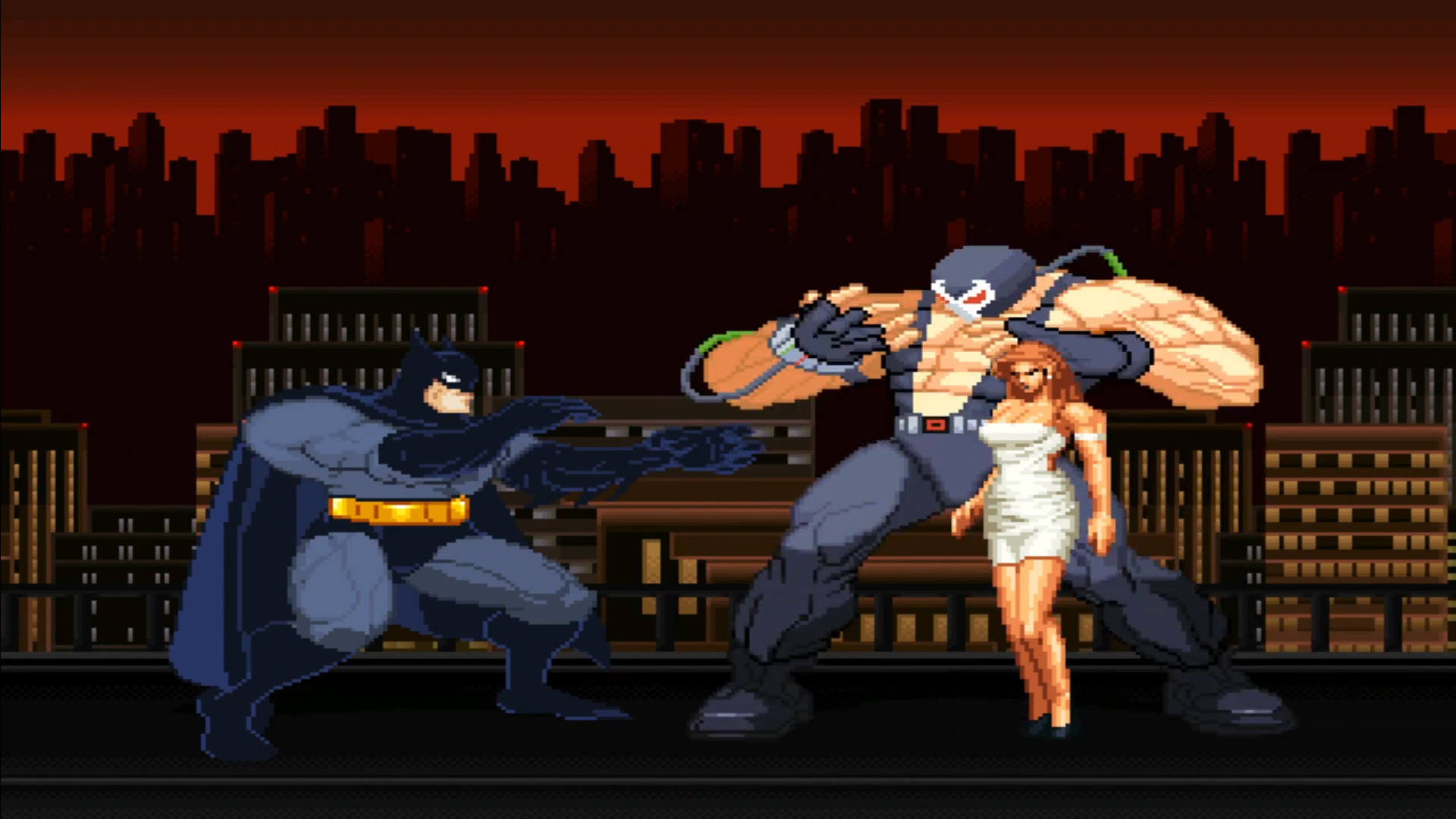 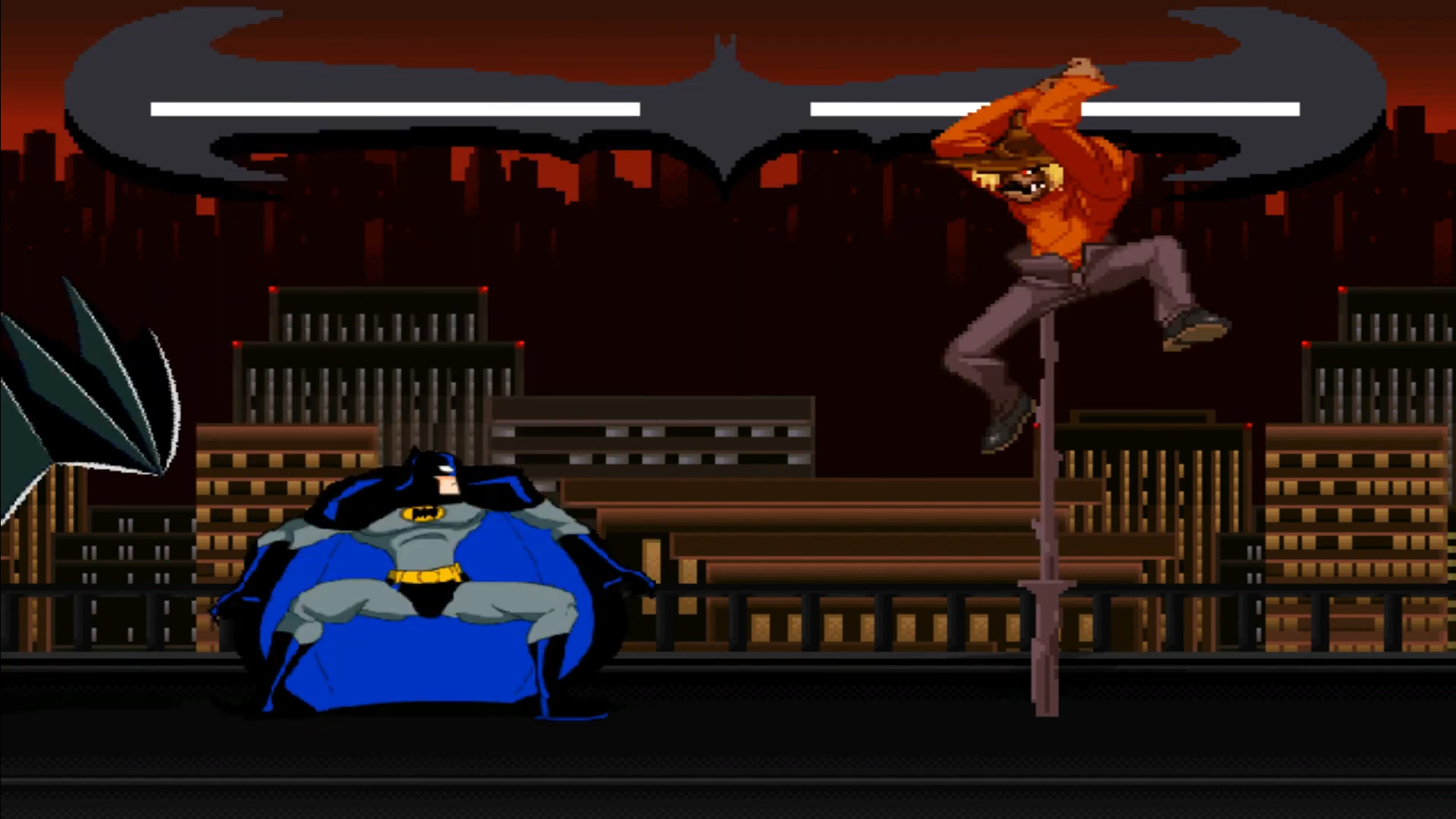 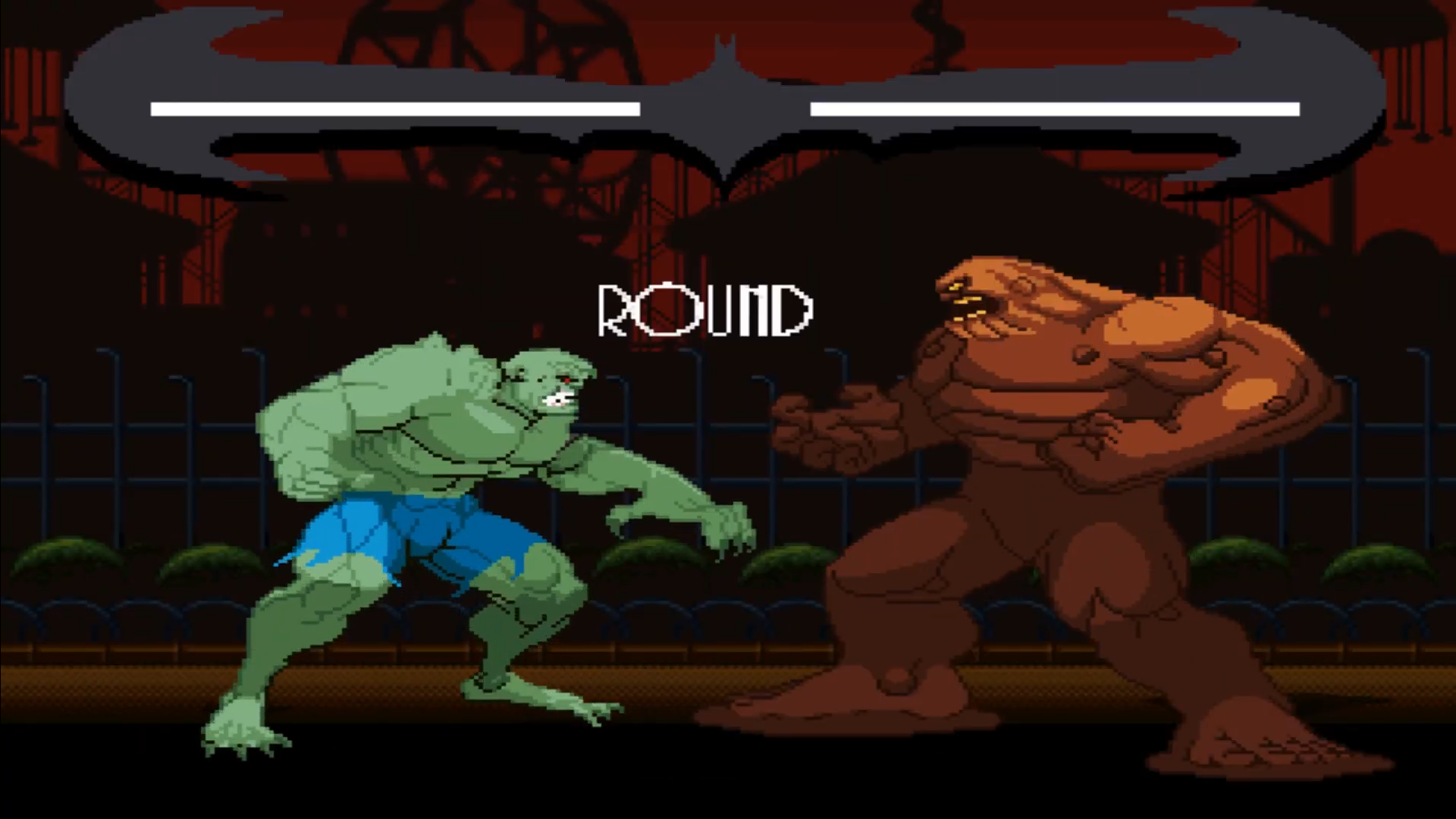 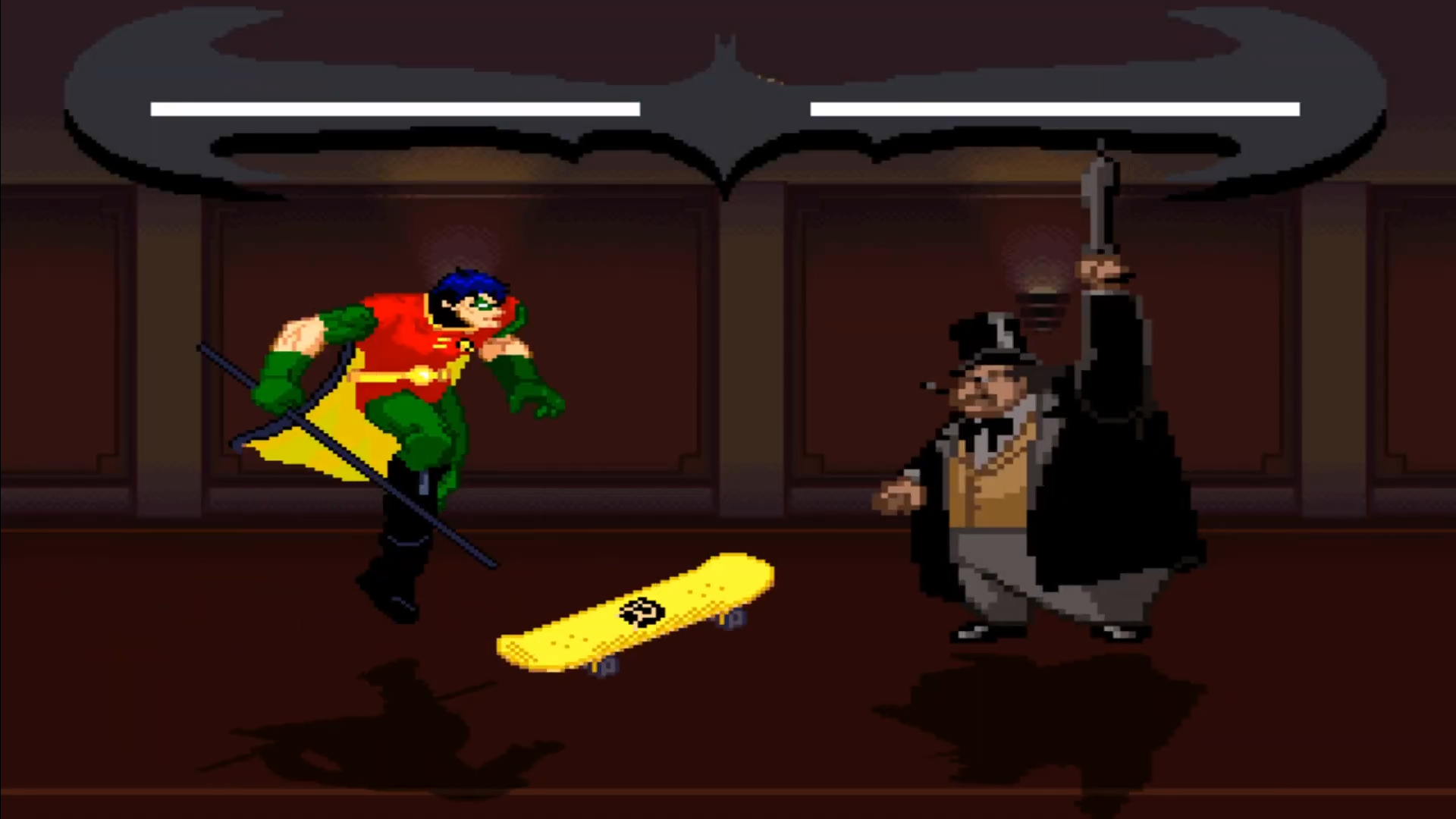 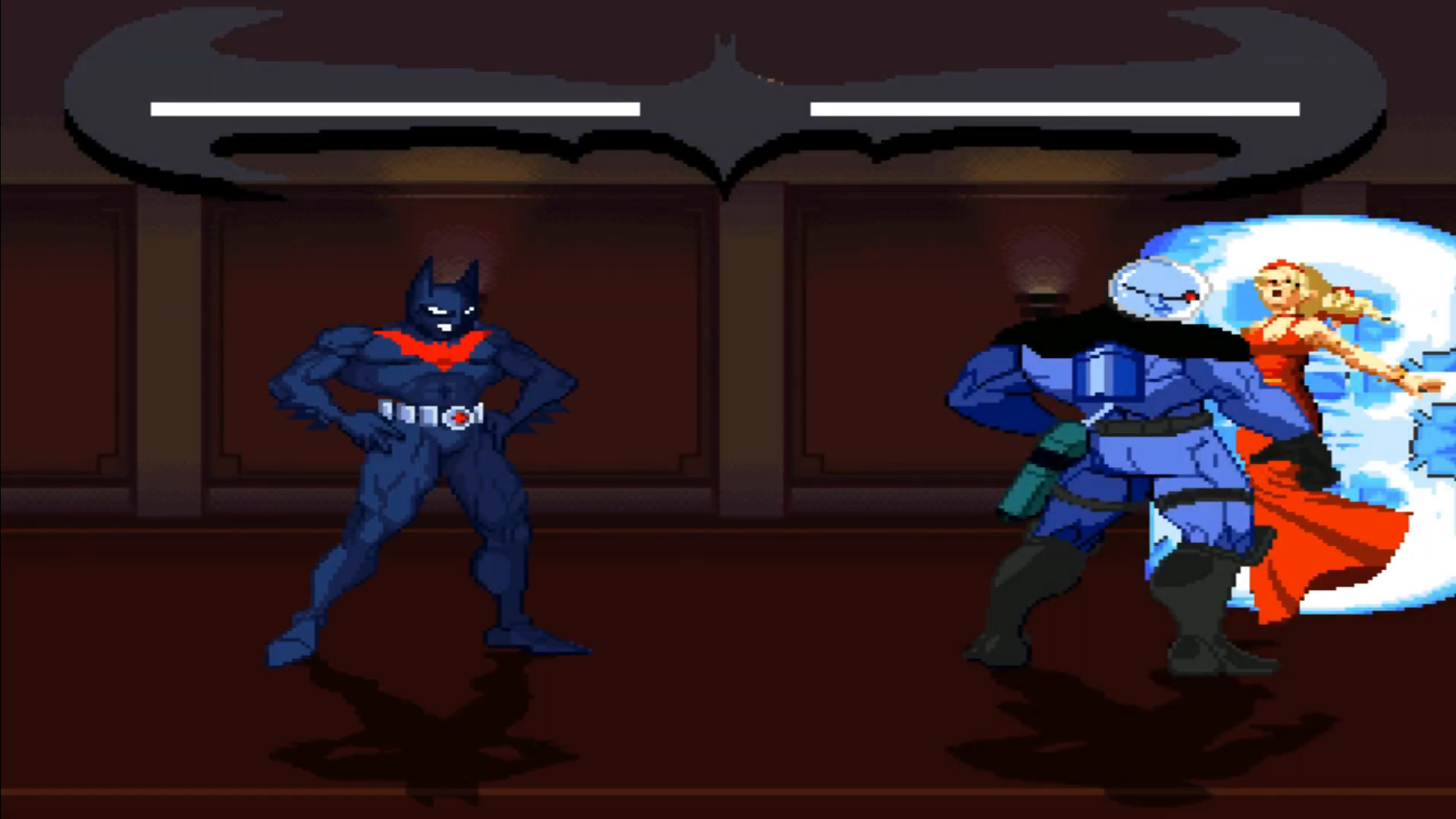 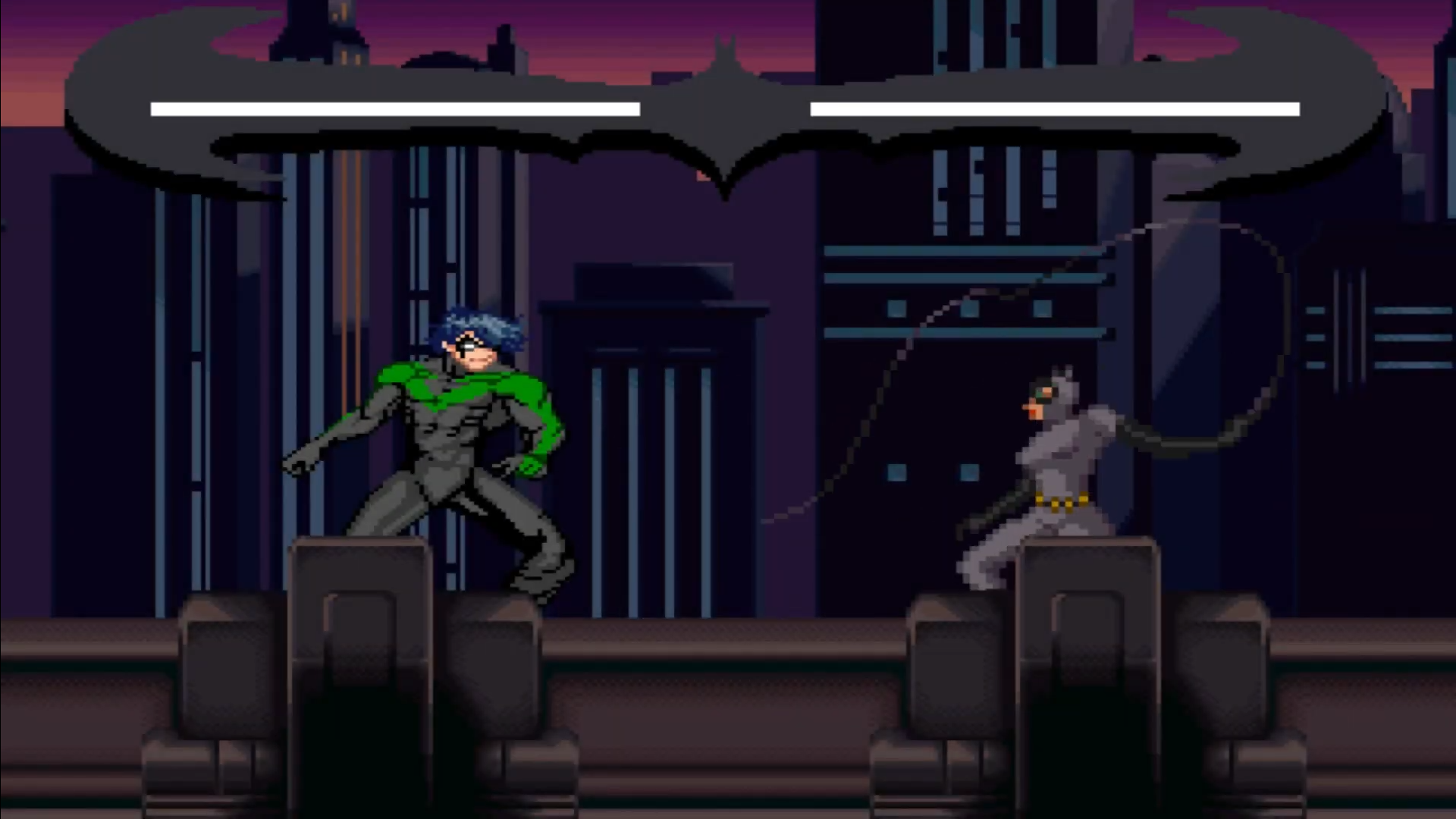 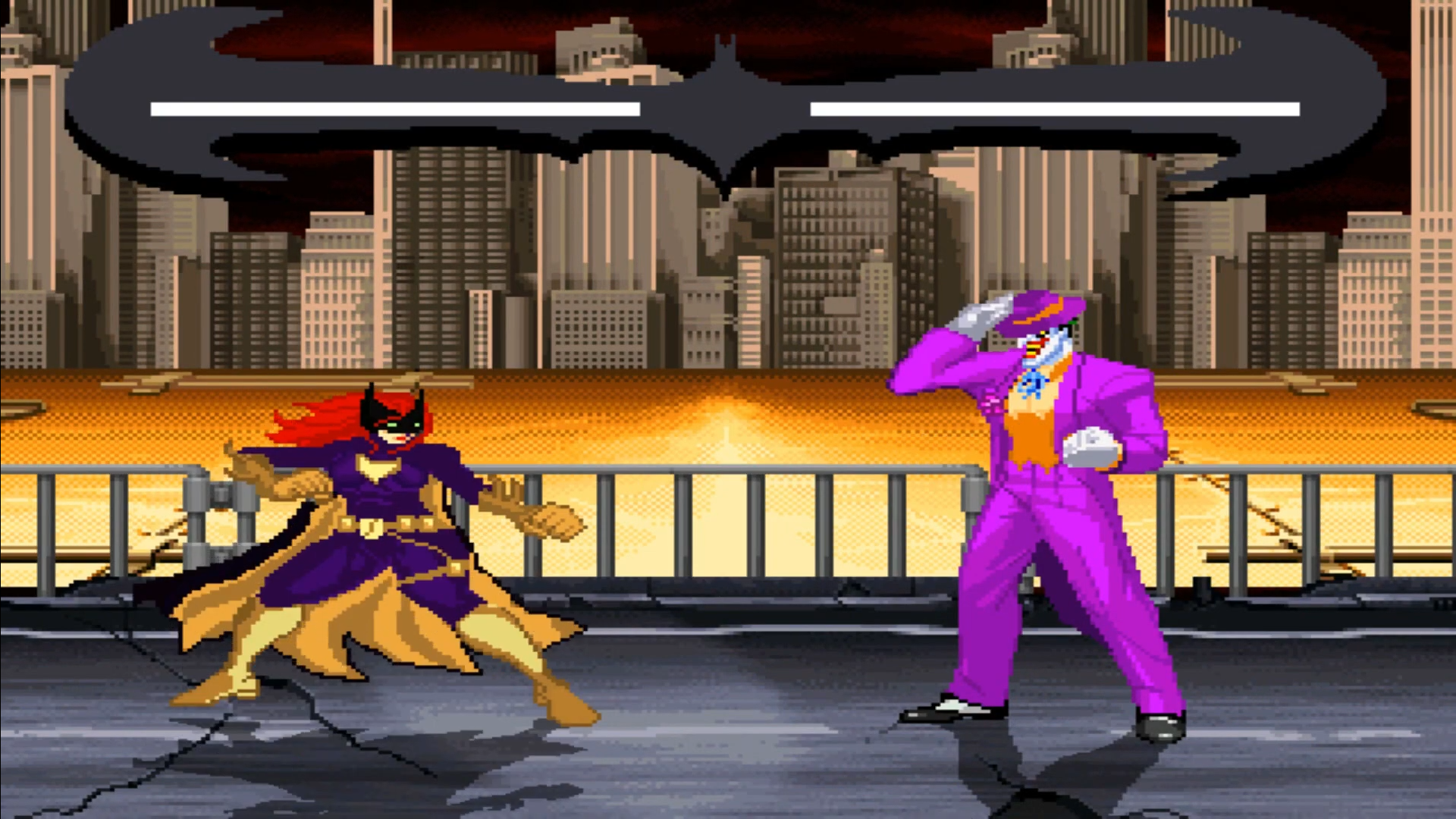 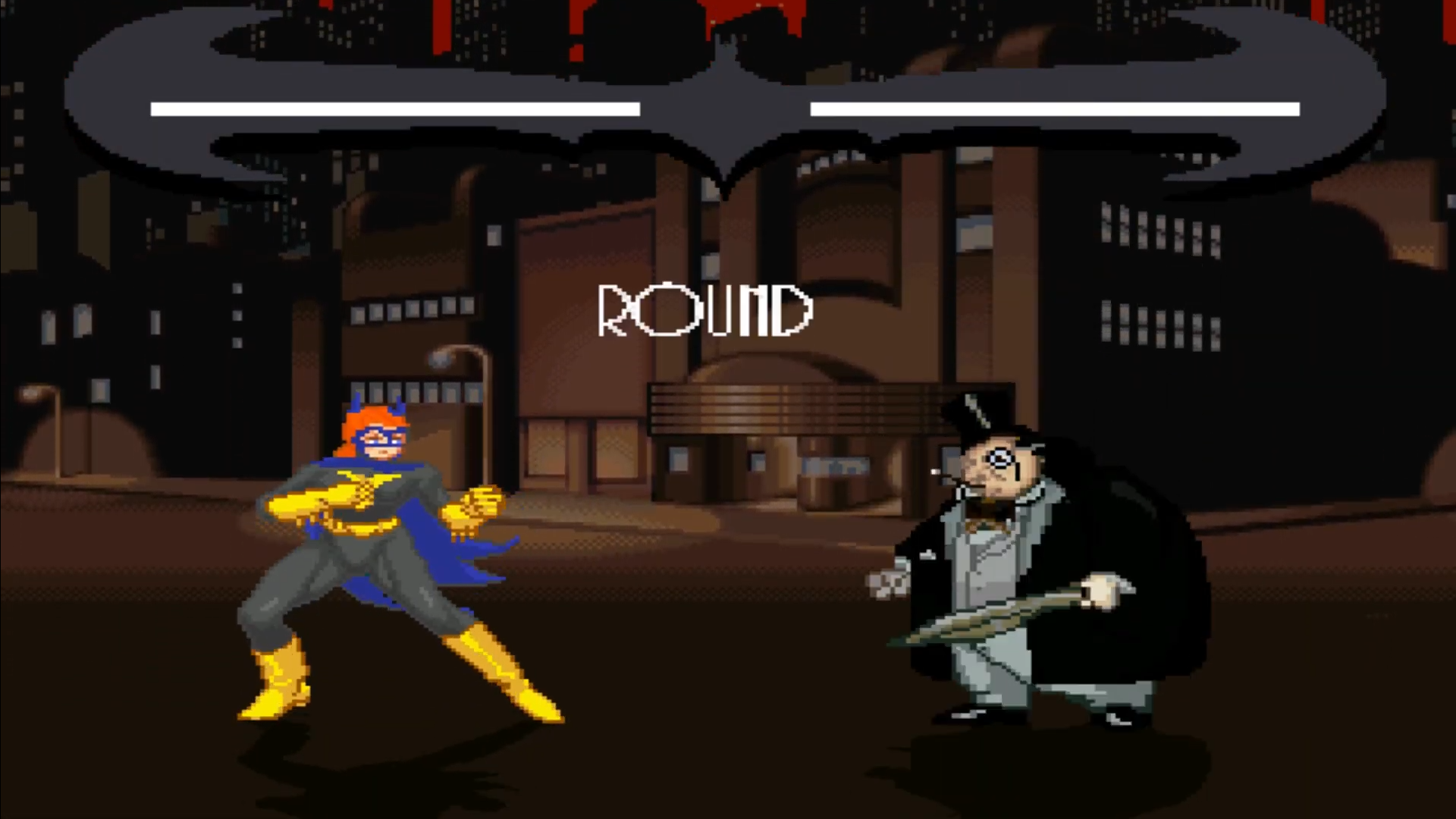 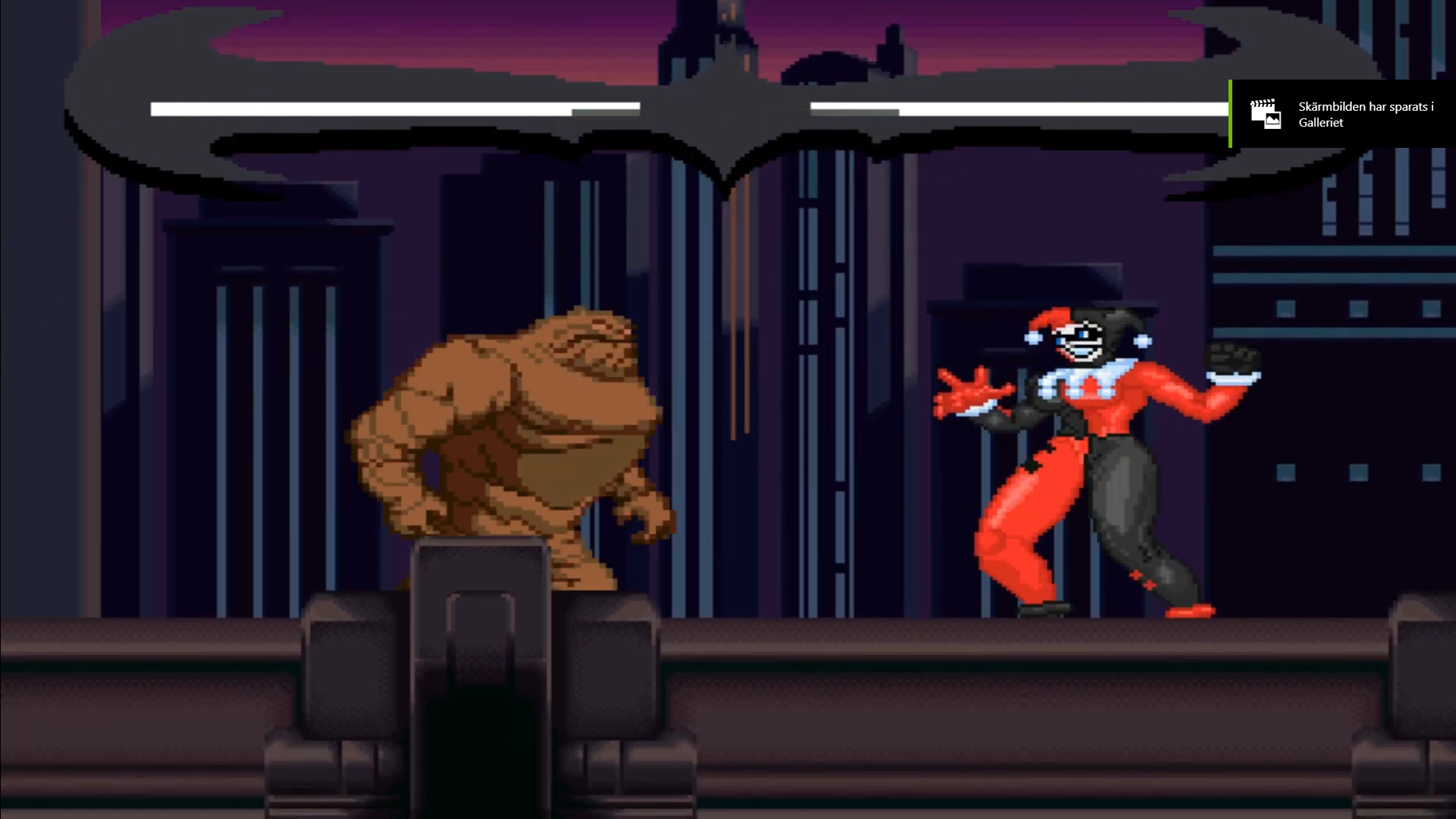 I've connected each song to a stage after first choosing the right songs for each stage - the original screenpack didn't include the music but did include the stages and two characters. It did include the music playing in the menu but not the music playing on the stages. I've had to look up a let's play of the snes-game to find out what music belonged to what stage, then I've implemented the music for said stages - and I've added all the characters from the Batman-franchise that I thought fit the animated series-style - these I got from my "DC VS MARVEL"-MUGEN. I did also download a new Mr Freeze, a new Penguin etc. There are a few new characters of Batman-origin.

I've had to cut half the songs due to copyright as mentioned above.

Besides adding characters made by others, and connecting these characters to stages and music - I've also worked on the Arcade-mode and made the order each opponent will show-up in the Arcade. The worst characters arrive first and then you'll face the best ones at the end. All the characters are connected to a stage that suits them the best.

I hope you'll enjoy this little side-project of mine. There were no BATMAN-mugen games so I decided why not make one. In the past there were no suitable characters but now there are a few. They're still too few from the actual show but there existed enough for this MUGEN-game.

I loved Batman: The Animated Series as a kid in the late 90's and early 2000's. Easily the best show and I did watch Spiderman, X-MEN and Superman as well - Batman was just so much more scary and dark. I feared the Joker and that little guy being carried around by an old man as a kid. Clayface too is kinda scary for a kid. Also the villains used guns and not lasers - easily the best show out of the old ones from Marvel and DC.