An initial look at what is perhaps the most important element of gameplay in Blade Symphony - the stance system.

Hey guys, hope you had a good Thanksgiving! This is the very first post covering the gameplay in this little news blitz of ours. There will be more posts on gameplay, both simple show-and-tells (like this one) and more complicated design talk posted by flux - you can expect us to have explained how the game actually works by the end of this series.

From left to right, Judgement in the Reverse, Heavy and Balanced stances.

Anyway, stances! Stances in Blade Symphony are your weapon of choice. When we started designing the combat system, we purposefully imitated Jedi Knight II: Jedi Outcast’s lightsaber stance system: attacks that are weak and fast, attacks that are strong but slow, and attacks that are in-between. These three stances are, respectively:

This is the fast stance. Its attacks are much more acrobatic than any of the other stances, but they have limited reach and do little damage. Reverse Stance is very effective on the offence but requires an aggressive mindset to use - you need to constantly push towards your adversary, or the short reach will prevent you from hitting them. 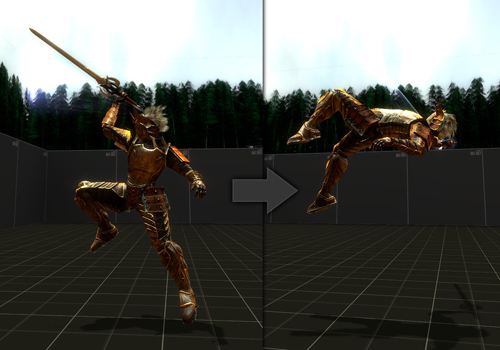 A shot of a Reverse Stance attack - the warrior launches into a sword uppercut that ends in a backflip.

This is the hardest-hitting of the stances. Its attacks are slow, but they cover a wide area. Heavy Stance is very hard to use offensively because of how long it takes to swing that sword, but it truly is devastating. If you master the art of parrying, however, you'll find that you can take advantage of this stance to deliver devastating counter-attacks. 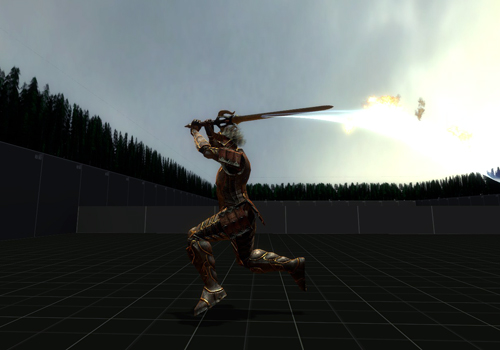 A shot of a Heavy Stance attack - the warrior leaps forward and deals his foe an incredibly strong overhead blow.

The Balanced Stance is the jack-of-all-trades stance. Its attacks deal medium damage at medium speed, but its main advantage is its tremendous reach. For this reason, it is best used by a player who refuses to close with his enemy and instead agilely manoeuvres around the battlefield looking for an opportunity to deal a killing blow from afar. 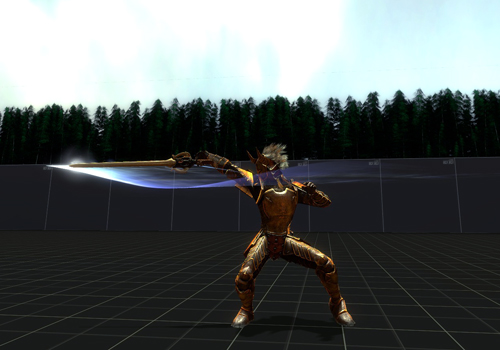 A shot of a Balanced Stance attack - the warrior lunges forward and delivers a single, precise hit.

Of course, all of these look much better in action, but we don't want you to see everything just yet. Maybe we'll have to do another one of flux's gameplay videos, though...

You can follow us on twitter if you want, or Like our page on Facebook. And just for completeness' sake, here are our forums where you can talk about Blade Symphony, Dystopia and Puny Human in general.

imagine how will the mod look when its finished.. *o*

I voted for your mod!

And this mod aswell

Not nice, not very very nice, not cool, just awesome.

I love how everybody vote down before read

thumb me down please

I haven't seen animations like this, in any Source game! Nice!

Doesn't even look like Source.. I love this game.
:)