All about Judgement, the first of our three release-day characters.

Today's post is all about one of our three release characters, Judgement of the Black Rose. Loads of screenshots for you to feast your eyes on! You can click them for bigger versions. 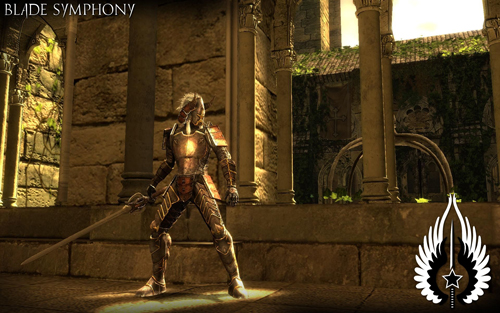 When we designed Blade Symphony we knew we wanted visually distinct factions, each representing a genre inspired from film and animation. The first of these to get showcased this month is called the Black Rose - heavily armoured knights in full battle regalia. There'll be more info on the faction itself when we talk about Monastery some time next week.

David Boyle, our talented character concept artist (who now works for Antic Entertainment!) and one of the original designers, created this concept with which many of us really connected:

I mean, he’s this heavy looking, well-armoured hybrid between a knight and a samurai; how can that not be cool? In actual fact, the Black Rose is intended as a synthesis of many ancient warrior clans, as if in some long-lost history, the samurai and crusader knights’ armour design had somehow converged.

Audrius Caplikas, our amazing character modeler, then somehow breathed life into the drawing and turned it into a 3D model. We were quite frankly blown away, as this raised the bar so much higher in terms of character art than we had expected. 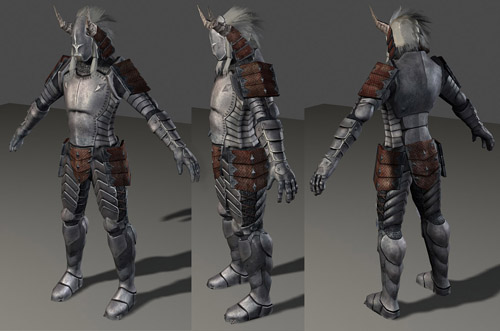 Samuel Rice (aka Spire, also an amazing artist and one who's worked on Dystopia since before v1), did some additional material work with phong shaders and gave Judgement’s mail and armor some additional detail. 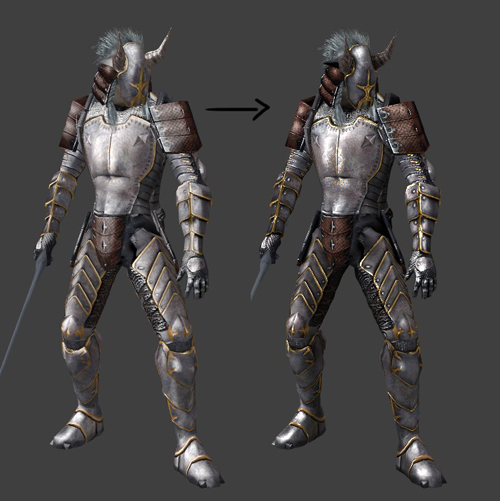 An excerpt from our setting document:

One of the oldest amongst his rank, his authority superseded only by his commander, a rank which he himself was called on to assume but refused in order to stay in the field, Judgement is who the Black Rose dispatch to send a loud and clear message to the enemy. The missing heads of soldiers taken by this Murai Knight serve as a reminder to the Hokuten of the old and ruthless battlefields from before their time.

Judgement's sword technique is broad yet calculated - powerful swings executed with precise control and restraint. Though heavily armoured, Judgement knows that life in battle hangs by a thread, and would rather avoid being hit altogether and parry his enemies’ attacks than rely on his plate and mail to stop their blows. 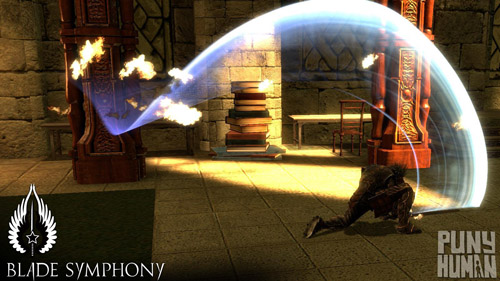 Judgement's powerful attacks deliver sure death to his enemies. 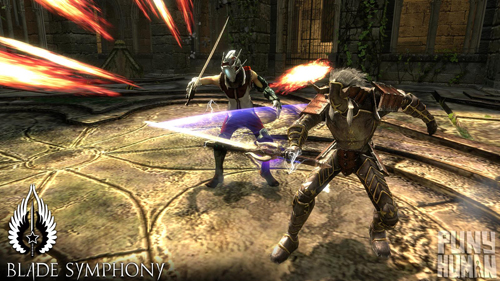 Judgement delivering the killing blow to a Hokuten assassin in Monastery.

You can follow us on twitter if you like (not much being posted there right now, but we're going to start tweeting pretty often at some point in the near future), or Like our page on Facebook. And just for completeness' sake, here are our forums where you can talk about Blade Symphony, Dystopia and Puny Human in general.

Looks really cool. Btw, how does he see through his mask?

real ninjas don't have to see!

I've said it before. This is a seriously awesome looking art direction with an equally talented coder at the wheel.

wow great model i can't wait for this

About his armor: if you had thrown medieval knights against samurais on battlefield in medieval times, it would have been an interesting fight. Because samurais had better weapons and knights had better armors. Throwing two together makes a perfect warrior. Kudos to you for doing that. ^o^

WHOA!
THAT LOOKS SO FREAKING AMAZING! CONGRATULATIONS! CAN'T WAIT TO VOTE FOR YOU IN SECOND PHASE!!

Those are some damn fine models you have there.

Do all characters have their own unique looking swords?

Yep. Each of the three characters have their own sword model, and they all have a different look to them too (so Judgement's sword is an ornate antique sword, but Phalanx's is more cyberpunk-ish).

Not sure if this is intentional or not, but 'judgement' is actually spelled 'judgment' One of the most misspelled words ever. Just saying :)

Your artists are top notch.

Nice work, he looks a tiny bit similar to Hakumen from Blazblue.