some more news about 3 warhammer games!! first is spacehulk it's hoping to release on PC, Mac and iPad all at the same time, and it's even trying to get an iPhone version done, though the game's controls aren't really viable at the moment for a screen that small. It definitely looked cramped and dingy, which is what you want in a game like this, though lots of the graphical elements weren't done, including the animation of the Space Marines moving around. 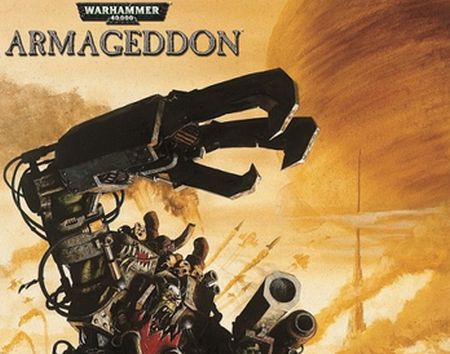 There are a couple of Warhammer-related titles on their way to iOS soon, but this is the most interesting yet. Developer Slitherine has revealed that it's working on a title called Warhammer 40K: Armageddon, a turn-based, hex-tiled strategy game coming to PC and iOS next year. The game will set Space Marines against Orks across 35 different scenarios, and feature over 100 units with upgradeable stats and attributes, along with a modding system and a separate set of maps balanced out for multiplayer.Armageddon joins a number of other Warhammer games in progress, including warhammer quest and the upcoming Space Hulk adaptation. This is an extremely popular game franchise, and iOS is quickly becoming the home of choice for its games. Unfortunately, we won't get to see Armageddon in action until next year at least, but we'll look forward to seeing it then. ----

2nd game news = Rodeo Games, the team behind the popular Hunters strategy RPG series, has announced a new title called Warhammer Quest, which is of course set in the excellent Warhammer universe owned by Games Workshop. Unfortunately, despite there being a short teaser trailer for the upcoming game, we don't know much about it at all. Given Rodeo's past, we'd hope that it's a strategy RPG title that borrows a lot of elements from the great tabletop game. There was an old Warhammer Quest board game released back in 1995, and considering that these two have the same logo, it's probably going to be very similar to that.The Warhammer license is definitely a popular one (I prefer the sci-fi oriented Warhammer 40,000 series myself, but I don't mind the fantasy version either), and Rodeo has already proven that it's got the chops to make a solid strategy action title. Warhammer Quest is due out on iOS sometime in 2013, so there will be a bit of a wait until we hear more.

Where Sega comes into all of this is as the new owner of Relic Entertainment, the Company of Heroes and Warhammer 40,000: Dawn of War developer synonymous with the W40K brand.

When Sega bought Relic Entertainment it definitely acquired the Company of Heroes IP but a question mark lingered over the whereabouts of the Warhammer 40K IP. However, given that Sega's Creative Assembly studio had recently licensed the high fantasy Warhammer IP, it seemed logical that one should follow the other.

Slitherine making Warhammer 40K games doesn't necessarily mean Sega will not, and that the Dawn of War series could end, but it's a foreboding sign. Why would Games Workshop want two companies making rival Warhammer 40K PC strategy games? And why would Sega want to?