A game about taking pixels from sprites, I bring you Fractured Layers. 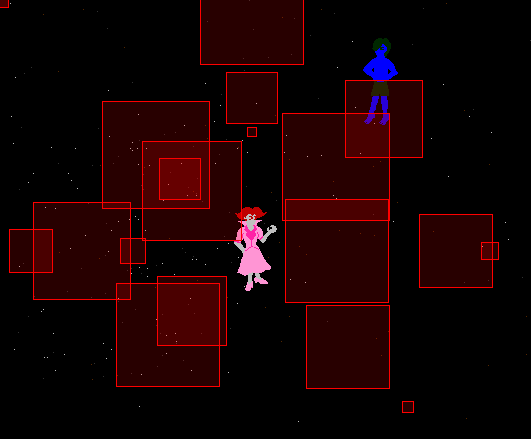 You're probably seeing the images and screenshots and thinking, what the heck is going on? What is this? If such is the case then chances are you haven't played the first game, Fractured Particles, which can be found here: Fracturedparticles.com . More importantly, scroll down and you will see a teaser in the form of a HTML5 app on the browser. That is pretty much what Fractured Particles is. 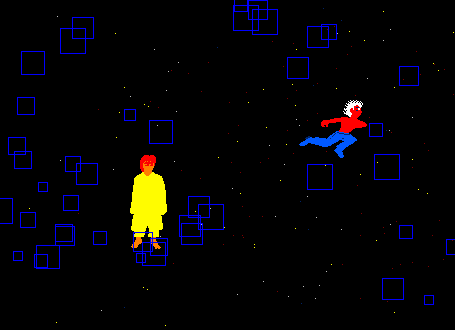 A month ago, I put up a game on Steam Greenlight, Magical Star Pillars. Curiously, I got the thought to put Fractured Particles, on Greenlight as well. The game wasn't as well received as I hoped but one thing people did agree was that the game had a great mechanic and that was the pixel eating aspect. It was because of this I decided to make a short game revolving around this mechanic and thus Fractured Layers is born. 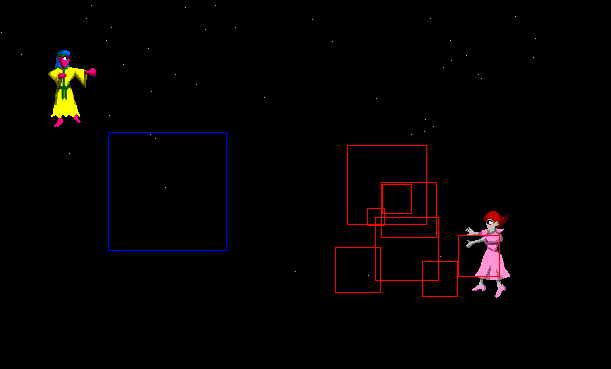 Just like in Fractured Particles, you have to battle by taking the pixels away from the opponent. But while Fractured Particles was more of an adventure game where the focus was on the story, Fractured Layers focuses more emphasize on the battle system and that is why I decided to make it into a versus game. You pick a character and using what is known as a Pixel Eater, your aim is to shove this PE into your opponent, stripping them of their pixels. The winner is the one who successfully drains every pixel from the opponent as you can see in this example:

There are 9 characters to choose from. each with their own unique strategy to unleash their PE on the oncoming opponent. They also have their own stats including speed, drain rate, and grip, which is used to grab an opponent. Grabbing is your secondary mode of offense and even defense as grabbing an opponent: n easy way to drain the pixels but at the cost of having to get near the opponent. 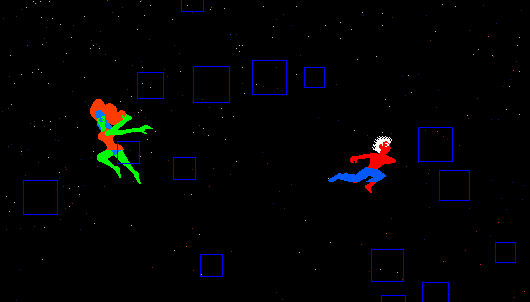 The game is pretty much done but not complete. What do I mean? Well, I have learned that making games on your own is hard and I have always aimed to make these big style games only to fall flat on them. Over the years I have been trying to make smaller games only to end up making them more robust, something that I simply can't handle. That is why this time I truly made a short game but it's not enough. It can have more than what is presented and that is why I need your help. 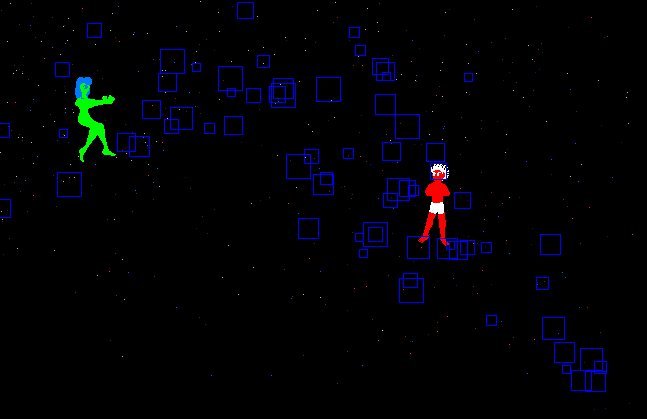 There will be more details on that later because the game is to be released next week when the playtesters come back with a report. There will also be a graphical update so be sure to look forward to that. For now check out Fractured Particles if you haven't to see of things to come.

Make sure to also visit the Toolkitz Facebook page for upcoming news.

That first gif, makes me think the character is peeing themselves away all over the other person...

Its a very interesting idea and I think it has great potential and I can see someone modding it so that all the characters are super sexy...for distracting strategic purposes of course.

Do you have any gameplay footage, even with all your docs and pics its still nice to see how it performs.

Ah so this is how the concept goes now

I agree with Thr11. We need to see gameplay video to see how this pixel war works. More importantly, I want to see if characters had pixel resistance to resist pixel eating from opponents

Okay, I'm gonna be honest. I did not think I was going to get any comments but thank you guys for taking an interest in the project.

I have been working hard to get this game released, which shall be next weekend, and I will make a trailer for it then but the reason there is no video right now is because I'm updating the sprites. I want to give them at least a 16-bit style that will peel off to an 8-bit and then monochrome, or something like that.

Layers is using a different system but if you want a little teaser, follow this site and scroll down to check out the HTML5 in-browser app.

To answer DarkBloodbane's second question, at the moment there is no real defense against a PE. It's an all out offensive. The only real defense is a bar that you can fill so that if you lose too many pixels, the bar will automatically fill up your sprites pixel layer.