Map Menu, Update Notes - The first two bosses and the new world map are finished and only few is missing for the demo release.

After creating the first two bosses I decided to redesign the map menu, because the old one was to overloaded and confusing. I removed the whole highscore-section and changed it to a tooltip-window, which pops up when you hover over the score value of the boss-section.

The free space is now used for the new animated world map. It's a tall inline-frame with water, islands and space areas and can be controlled with the scrollbar on the right side or the mouse wheel. I hope this is more user-friendly than the old map with one page for each area. 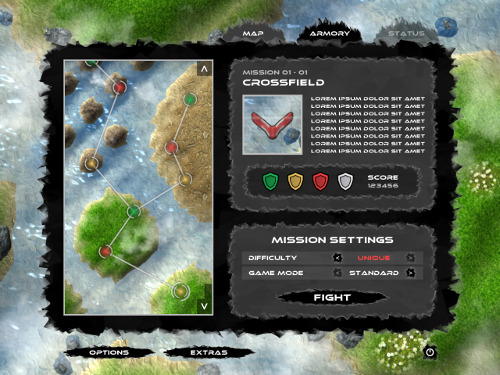 Every mission has 3 difficulty levels: Normal, Hard and Unique - and 3 game modes: Standard, Casual (easier but with penalties, tbd) and Hardcore/Extreme (oneshot gameplay).

The difficulty levels change the whole boss-fight and are successively unlocked. Beating them changes the mission color on the world map and unlocks 1 of 3 progress-medals (currently placeholders). The 4th medal is for the optional extreme mode.

The normal difficulty unlocks the next boss, but doing a higher one rewards new equipment, which will be highlighted by decent symbols on the specific progress-medals. 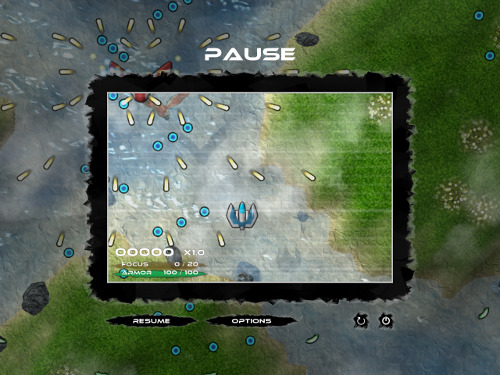 I try to release a demo (first 3 bosses) with the next update, but currently have Tenosynovitis (Sehnenscheidenentzündung) in my left wrist and therefore can not work or play too much on the computer.

Looks good, you maybe could find a better fitting Font tho.

Thanks for the comment.
Is the font really that bad? I will look into it.
- Martin