Everyone who follow our project would know we start develop this game since early 2015 but move to another project (Metagal) for while until we decide to comeback and remake an entire game in 2017 we manage to get greenlit before the program was shutdown and now our game is about to complete!

We want to take this opportunity to show lastest progression of our project here with gameplay trailer, also Metaloid: Origin now coming to Steam. while console version will follow up shortly!

Metaloid: Origin is an fast-paced gun’n run 2D platformer. Take on the role of one out of three android warrior's known as “Predator” and dash through 9 different levels in order to save their planet from an robot army led by Lucian Corp, whom invade their planet and exploit the planetary resources to fuel their galactic war efforts.

[3 Playable Characters Available]
Choose and play as one from three characters which all offer different set of abilities and weapons!, Play as Erika and flood entire screen with barrage of bullet fire, alternatively reduce giant enemies to ashes in the blink of an eye as Zeta using atomic thunder or fly as Neva across the level equipped with jetpack to bring aerial doom. 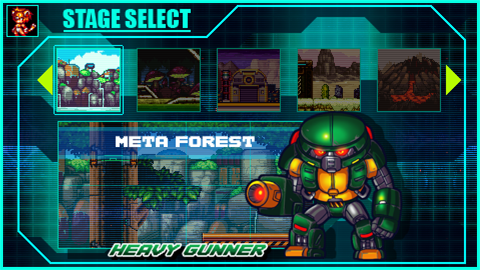 [Dash through 9 levels with unique tileset theaters and gameplay mechanics]
From waterfall cave to scooter interception in desert, riding cart in volcano mine and fighting a giant walker on a snow field. 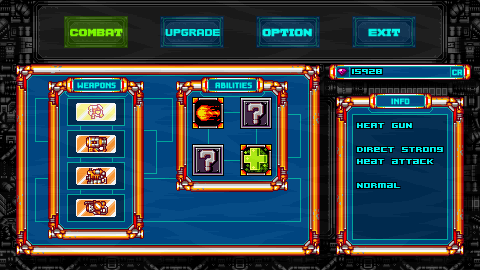 [Difficulty Settings]
Metaloid: Origin features 2 difficulty settings to choose from for the player, some gimmick or enemies would function differently depending on which setting you did choose. On the hard difficulty mode enemies would move faster, deal more damage or even gain new attack type. 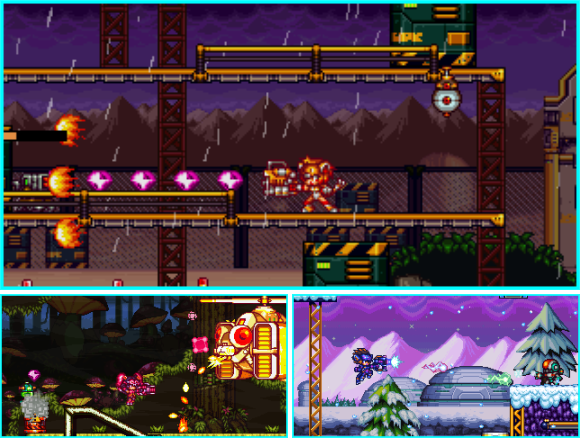