Posted by UltimaRatioRegum on Mar 29th, 2015

Just a short update this week, partly since it is only one week’s worth of development rather than two, and partly because I’m preparing for my PhD defence. But, nevertheless, things have been done. Before that, though, two things – firstly, your weekly reminder about the EU IRDC taking place at the UK National Videogame Arcade in Nottingham, which I am hosting. Come along! Secondly, I’m giving a talk on generating cultures and aesthetics at the Norwich Gaming Festival on Saturday 11th. Come along! Both are totally free to attend. I don’t have any other public talks planned in the near future (though nearly a dozen academic lectures at conferences in the next five months), but I’ll obviously let you all know when I do. It is possible I’ll be at this year’s GDC Europe, too. Anyway:

One of the last few buildings left to generate were mercenary guilds, which have now been implemented. These spawn in (most) city centers. Again, it is hard to make every building distinct, but for mercenary guilds I wanted the idea that one might be “browsing” for mercenaries – each room will be the home of a single person from the guild, who should differ significantly in abilities and equipment but still be roughly similar (I’m going to have guilds designed around a “theme”). Each room has its own randomly-chosen layout. The flooring is a square-tiled mix of wood (the brown) and stone (the grey) – it’s a small thing, but it’s hard to distinguish between all kinds of buildings when you’re only using ANSI! Which is to say: obviously you’re unlikely to go into a building with a sign outside without knowing what the building is, but I’m still trying to keep the interiors very distinct (or as distinct as possible). The woods for tables/chairs/beds are also cycled randomly for each chamber. The locked-door room will be the archives of that mercenary guild – lists of past contracts, etc, which will obviously be useful to your investigations – and may also contain a staircase down to a vault below, containing… well, who knows? 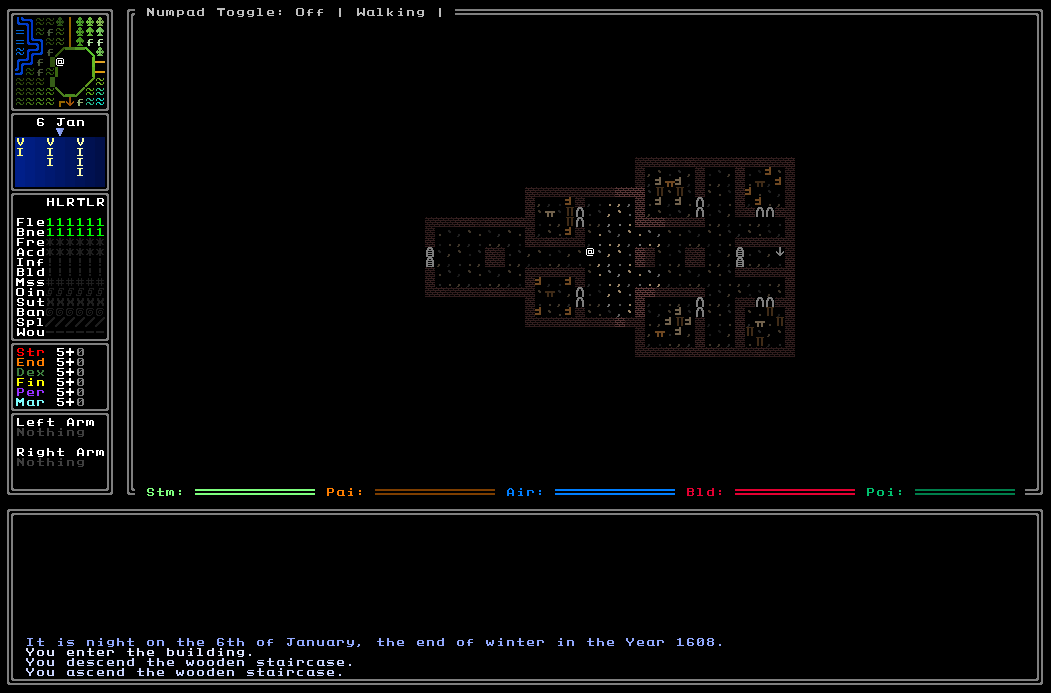 I’ve redone middle-class district generation. Here’s an old example – this is, admittedly, a full release out of date (0.6’s middle class districts had a few smaller gardens, more trees/plants, etc), but you get the idea; much like an “upgraded” lower-class district, random housing patterns, and sometimes roads which end in nothing (or start and end in nothing). I had a few critical comments about middle-class districts after 0.6 and how hard they were to navigate and make sense of, so I decided to do something about them, and to just integrate them slightly more firmly into the rest of the city rather than feeling like a random add-on. So, here’s an old version: 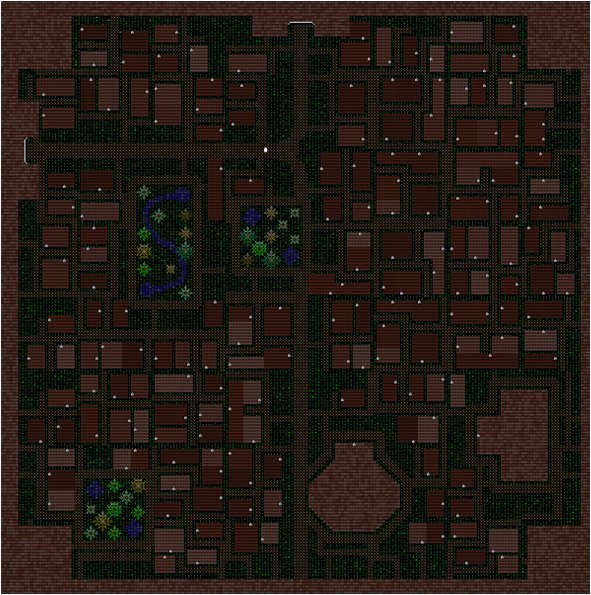 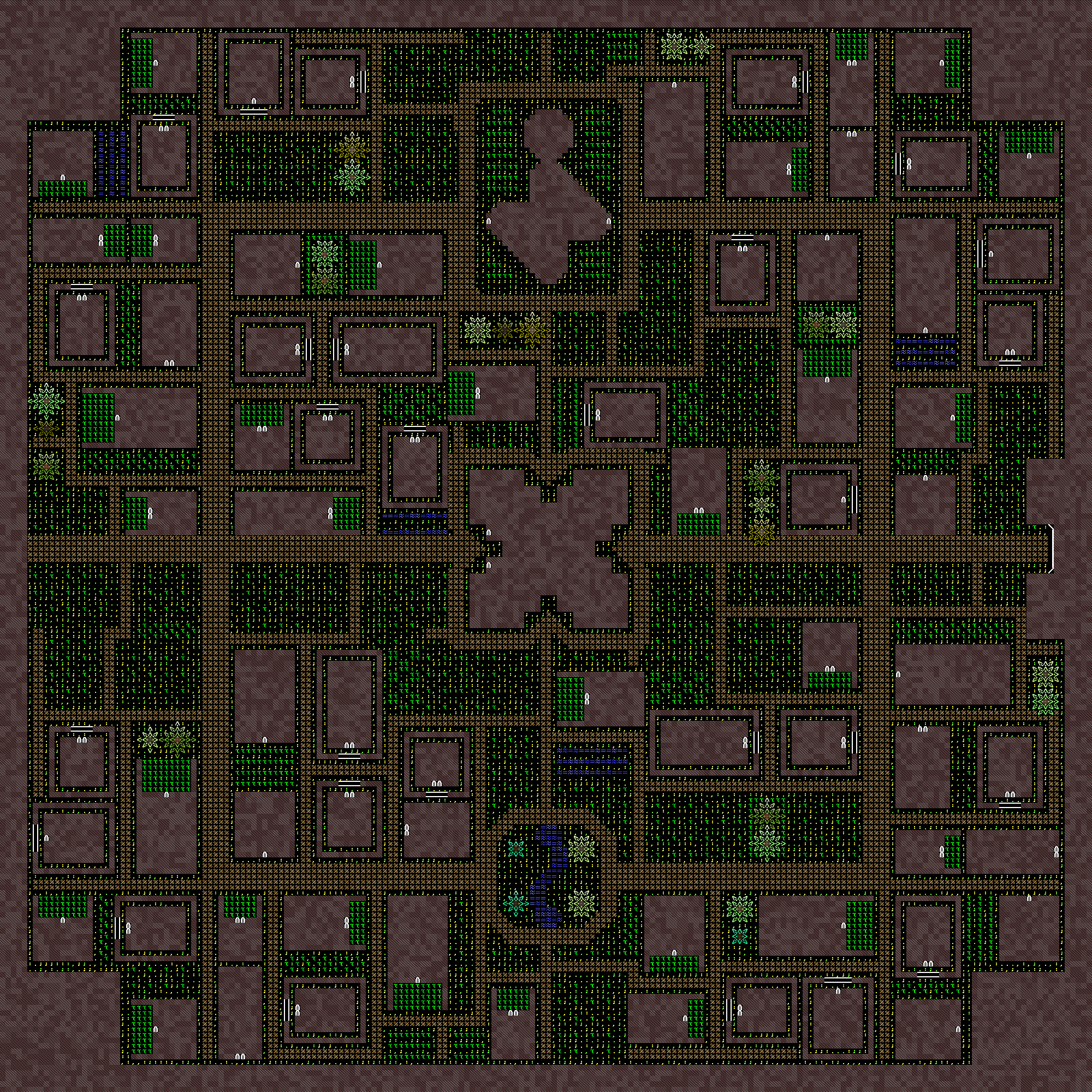 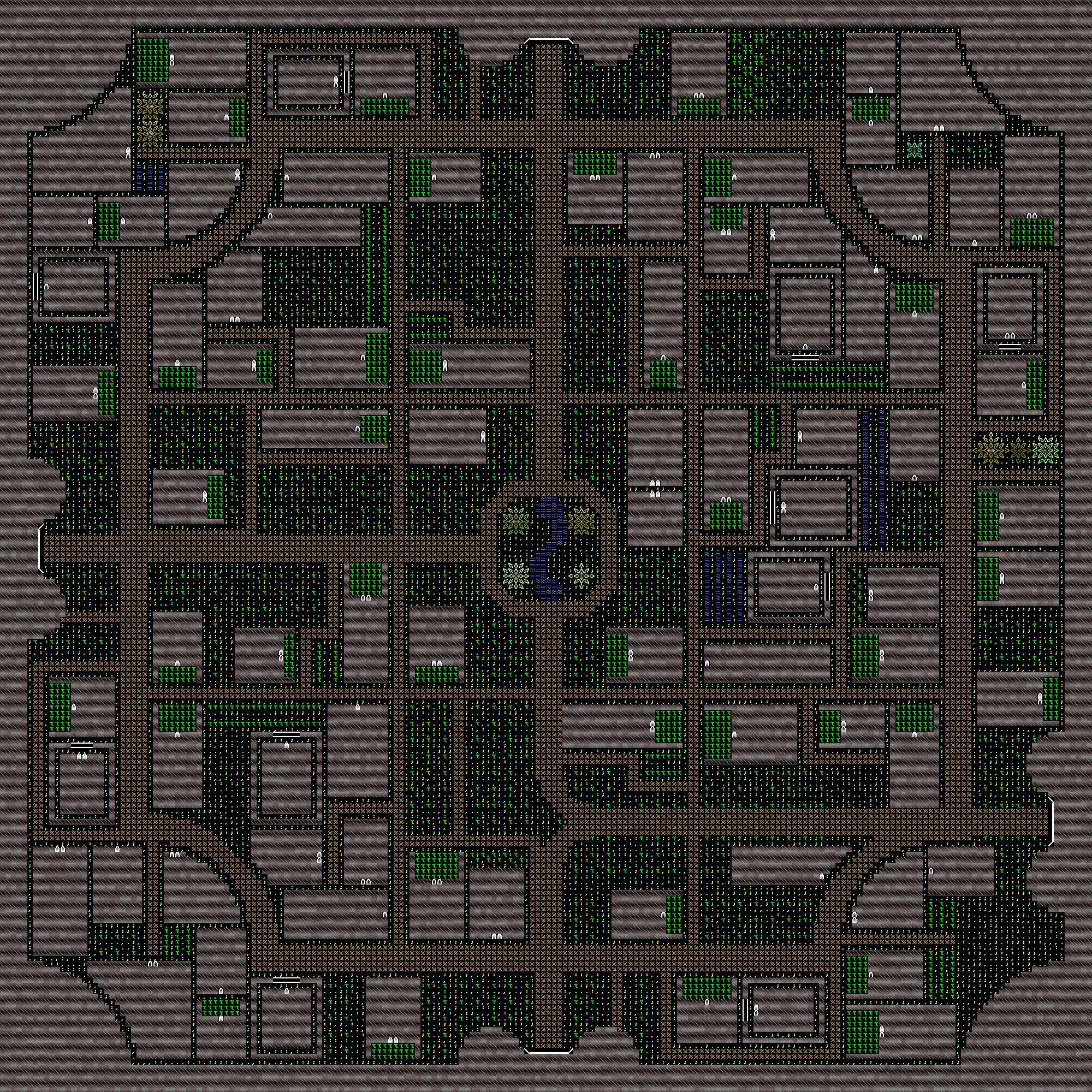 … and how it looks to explore and walk around: 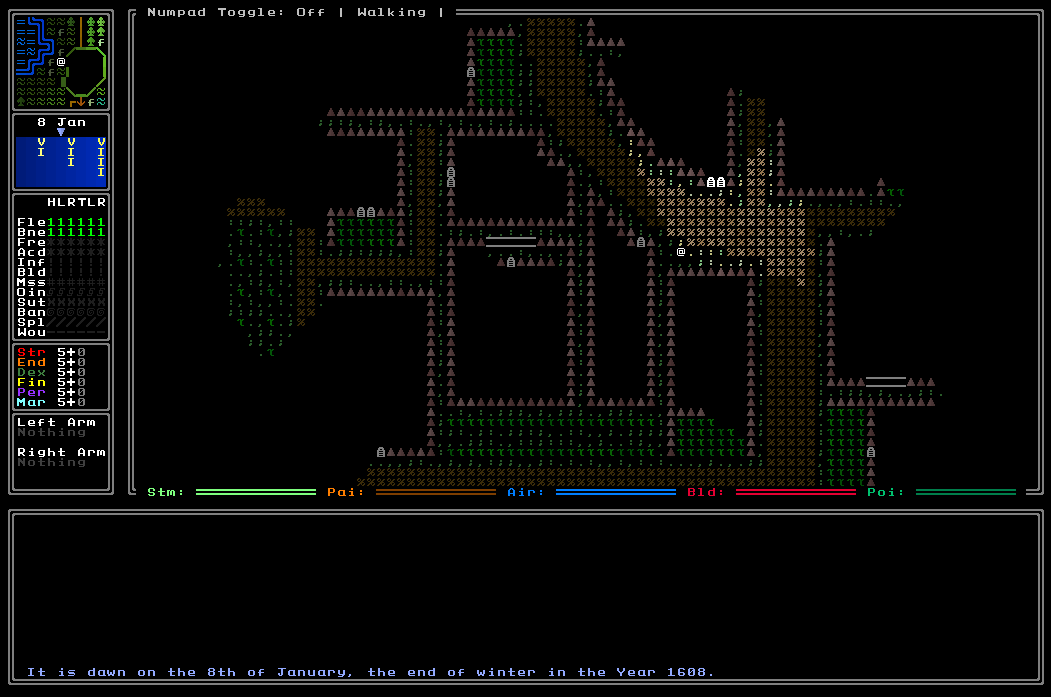 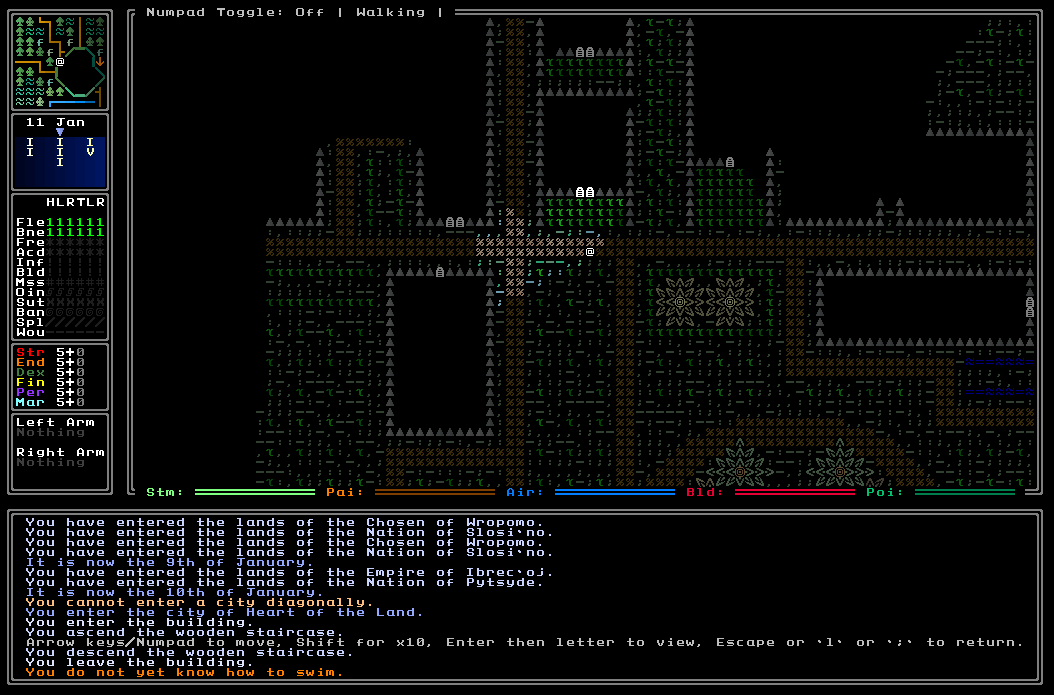 Some things to point out. Firstly, there are now three types of houses (although all are treated alike in terms of what one might find inside and how the house itself generates): houses will walls and gates, houses with gardens, and houses with neither. I felt these needed a lot more variation, so they’ve got it. Secondly, you’ll notice the thickest roads are of different shapes, and these layouts – like so much else – relate to the aesthetic preferences of that nation. A nation with octagonal floor tiles and octagonal furniture will also have an octagonal layout in their middle-class districts (and so on for the other shapes). Thirdly, you’ll also note that all the plants (in this particular biome) are currently green; in some later version I’m going to add more variety to climate plants, add in a large range of unusual plants, and also add that to the ever-growing “clue” database (such that maybe certain plants only grow in certain nations, or are only cultivated by a few monasteries, etc?). I’m also going to have the colours of plants tethered loosely to climate, so that as you move around the world, you’ll see different “palettes” of plants, which will be a lot more interesting. Fourthly, the buildings are positioned at the intersections of the major roads – I wanted the middle-class district to look more like a true middle-ground between the rigidity and order of the upper-class districts and the randomness of the lower-class districts, and I think that by placing the special buildings more specifically, and updating the road system, but still having the district fairly tight and crowded, I’ve made it into a much better balance than it was before (since I think it used to look like a “slightly nicer lower class district” rather than something really in the center). Theaters have also been temporarily removed due to my uncertainty over, frankly, how the hell they are going to work, and that needs to be left until I have NPCs wandering around the place.

Unlike the mansions of last week, these are the exact opposite of handmade – almost nothing about the district, nor the buildings themselves, is handmade, and is almost entirely algorithmic. The games tries to place an appropriate number of rooms, and then path between them, and it allows situations where multiple rooms can lead onto one another rather than back into a central “hallway”. Here are some examples of some two-floor interiors for middle-class housing: 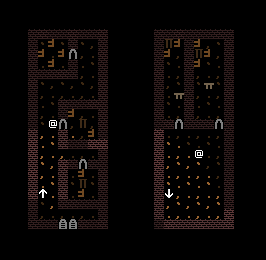 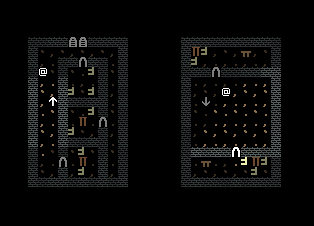 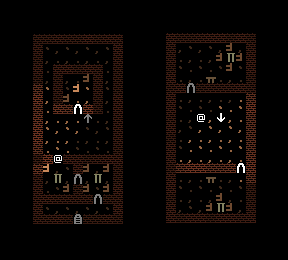 … and for some more unusual shapes: 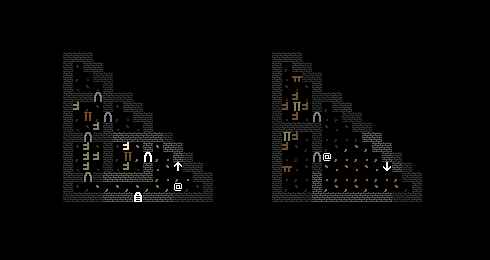 Very happy with how these look now, and they’re the last housing type that needed finishing off. Everything from slums to the greater mansions can now be explored, and generate differently. Here’s a last shot, just because I really do like these doors: 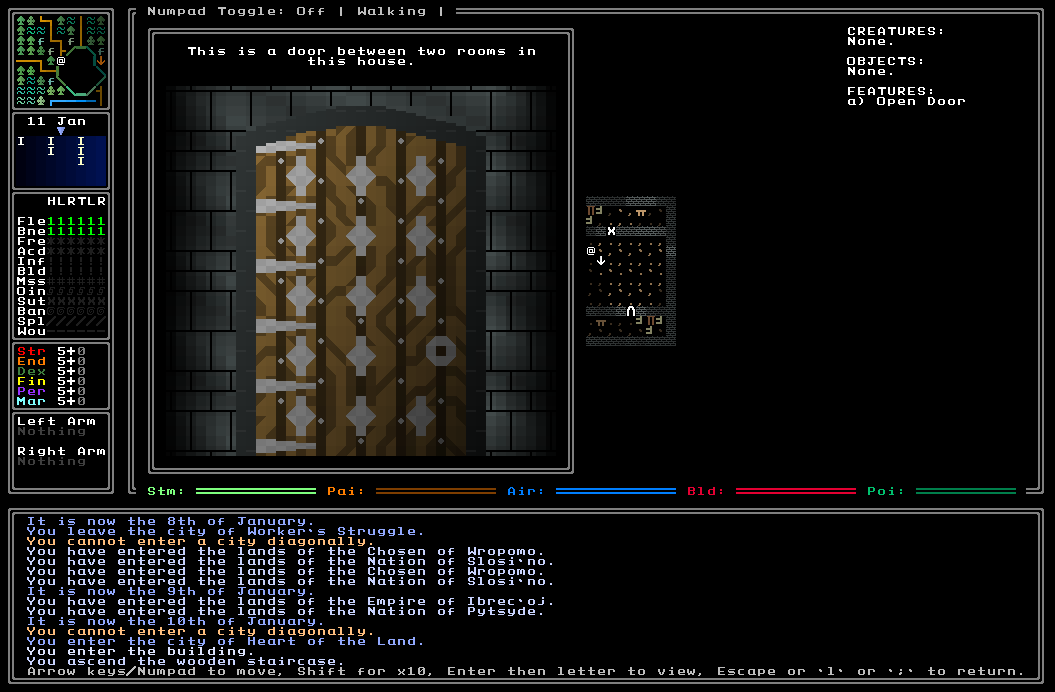 So, we can now take a shot at all dwellings, from the slums to the grandest of mansions. Here’s a large picture you should take a look at the full size of by clicking on it:

I accidentally reneged on my promise to never again promise release dates last week, and now I must pay for it. I am going to rescind all previous predictions and say: it’ll be out when it’s done. All my time not spent preparing for my PhD defence is spent on URR and there isn’t that much left to do, but it’s still going to be a very busy fortnight. I shall now once again swear to never make predictions of release dates again. Let us see how long that lasts. In the mean time, you can keep up to date on my devlog, Facebook page, or Twitter.

Simply outstanding work!!! Keep it up! :)