We've cut down on memory usage to allow a view distance of 1000 voxels, even on the voxel dense maps such as the Town Course. We have also created another 2 levels, with a third one of the way.

We have been able to cut down on the memory usage, which will help reduce the number of people running into memory crashes. This will now allow players to set their view distance to 1000, even on the voxel dense levels such as the Town Course, without any issue. Previously, if shadows were enabled on a dense level the draw distance had to be kept around 600-800 to avoid running out of memory. Taking full advantage of the new draw distance will however require a fairly good computer, as increasing the view distance also increases the number of draw calls being made. If you do not have a strong PC, you can choose to either have a shorter view distance with dynamic shadows enabled, or have the far view distance but no dynamic shadows. This trade off allows for a wide range of players, and not just those with gaming rigs.Here is an image that shows the difference between the previous and current draw distance. The left shows a draw distance of 600, and the right shows 1000.

We have also been working on developing more levels, as the more levels we can have ready for launch, the better! The two maps are a backyard course and a floating island course. The backyard course is similar to the town map, but takes place entirely in a residential area, with a focus on holes located in yards. The floating island course is a relatively challenging course, as it leaves little room for error. A miss calculation of wind can quickly put you in the water, resulting in a penalty stroke. Each hole requires you to carefully place each shot in order to make sure you take advantage of the landscape to maintain control of your shot. 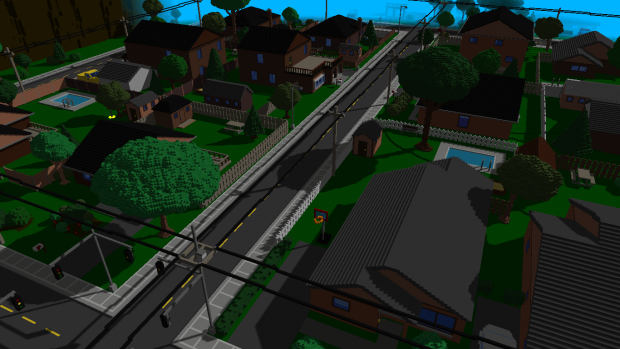 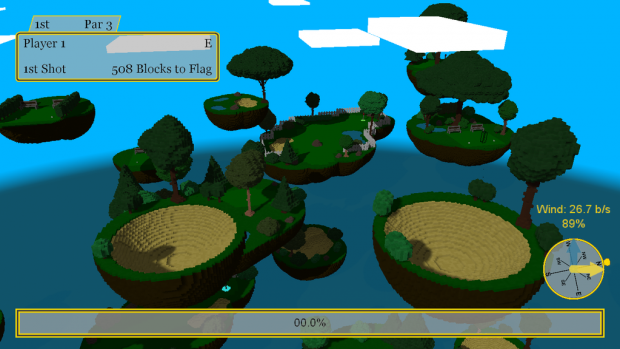 Check out the current version of the demo on our itch.io page! These updates will hopefully be releasing within the next week or two, so keep an eye out for another news update! Or if you would like to see some gameplay before downloading, check out Randomise User's let's play here!