So my 7 day RTS is finished. It's a tug-of-war style strategy game based on the Nexus Wars map from Starcraft 2, using assets and code from Marmoreal.

The Game
Download link: Marmorealgame.tumblr.com
Based on the Nexus Wars custom game from Starcraft 2, and similar Tug-of-War style games and mods. You build units and send them into combat in waves, where they will fight the opposing waves and push forwards to victory. 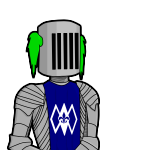 Your Commander
You take the role of Dame Camille, Knight of the Lily and member of the Melkirian nobility. As leader of your own personal army, your charge is to wage war against the enemies of Melkirion.

Your Army
You command the Army of the Lily, men and women sworn to fight and die to accomplish your objectives. However, your army is not infinite. Sending in soldiers requires supply, which you gain over time. You can spend supply to either commission units or improve your supply lines for more supply income.

Gunners are heavy ranged hitters, but reload slowly. Their shots damage all enemies in a straight line.

Got this when tryed to launch

but then it pass save and i can play the game