Here it is, the big update you've all been waiting for! 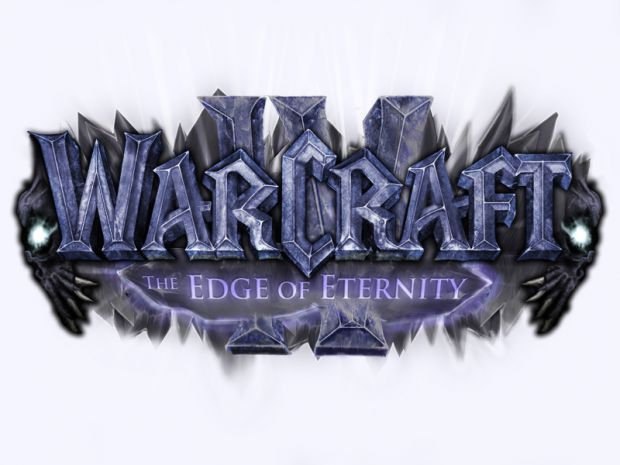 Hey guys! Yes it's finally here, that gigantic media update I've been talking about for a while. While this doesn't show case EVERYTHING we are working on (after all, there are some things we want to keep under wraps), it's still quite large and I'm sure you'll all enjoy the sight of progress.

So without further interruptions, here it is:

The first concept I would like to show you is the long-awaited coloured version of the Ziggurat. With the Scourge, we have adapted a new colour scheme that somewhat resembles the Lich King. Cyan coloured stripes, crystals, and flames are all part of this new scheme (with the occasional black metal and rough concrete). The new scheme has been used to show that the Lich King is in command of the Scourge and thus aesthetically they should show some resemblance. 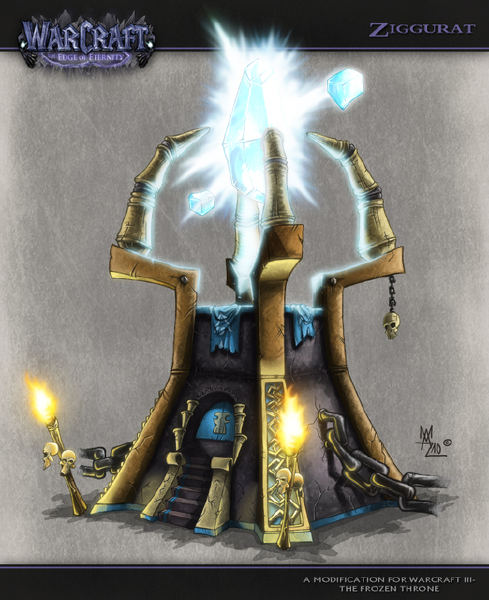 We also have a new concept for the Ziggurat to present the new minor changes that have been adjusted to it:

Here we have the Haunted Boneyard, a new structure that replaces the original Boneyard. Now it has a much more "haunted" feel as the name suggests, and the structure feels like a boneyard rather than a pile of Blight with a corpse on it. The colour scheme is of course applied to this concept. 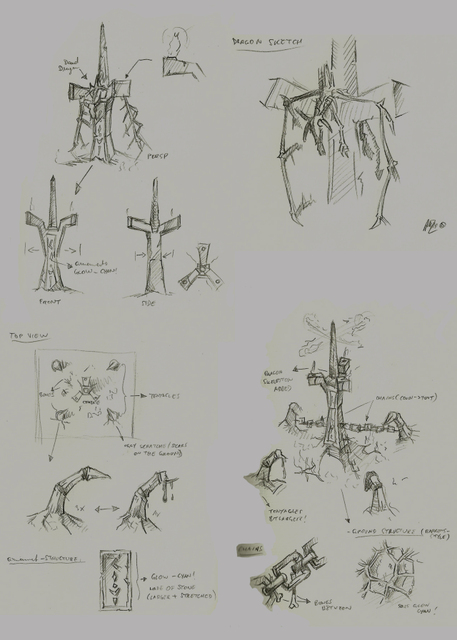 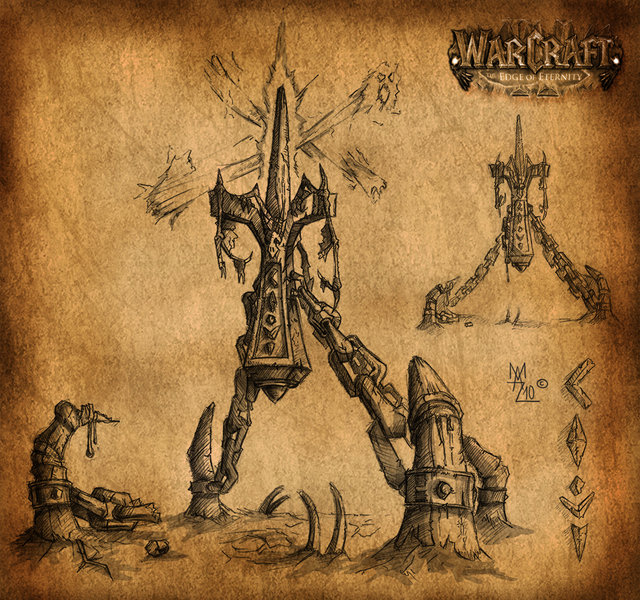 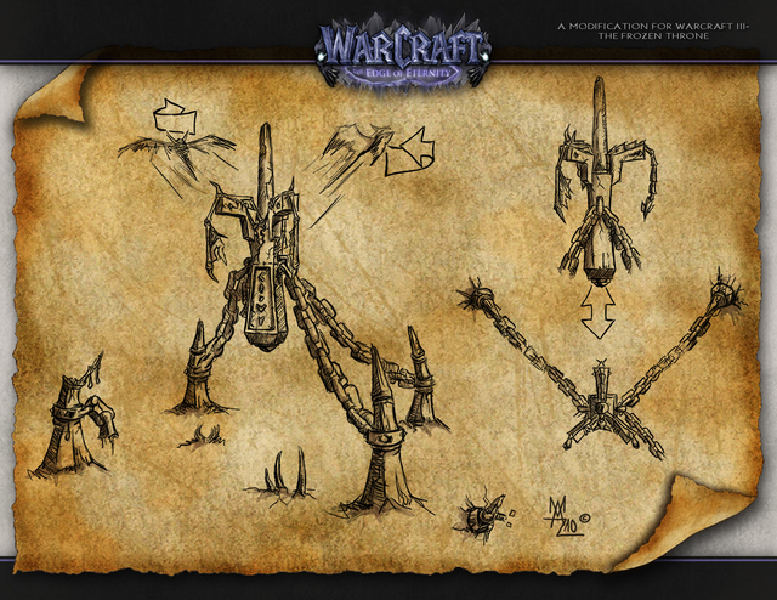 Here we can find the coloured version: 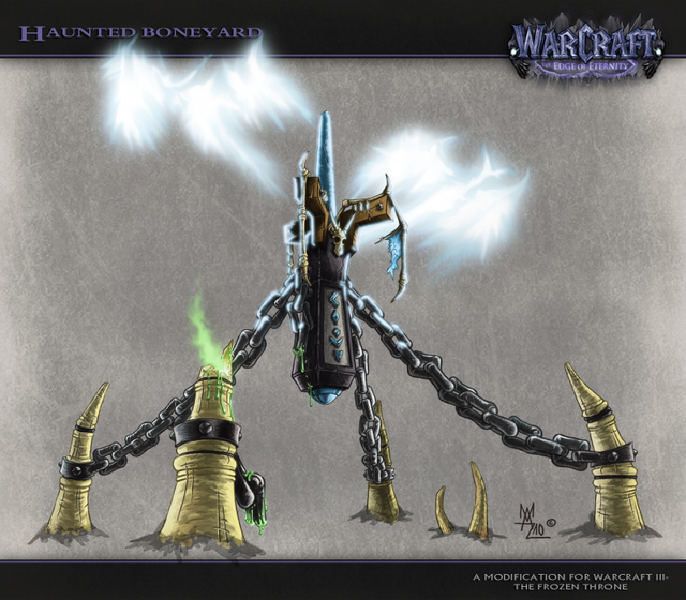 Finally, here is an updated version of the Plague Erupter: 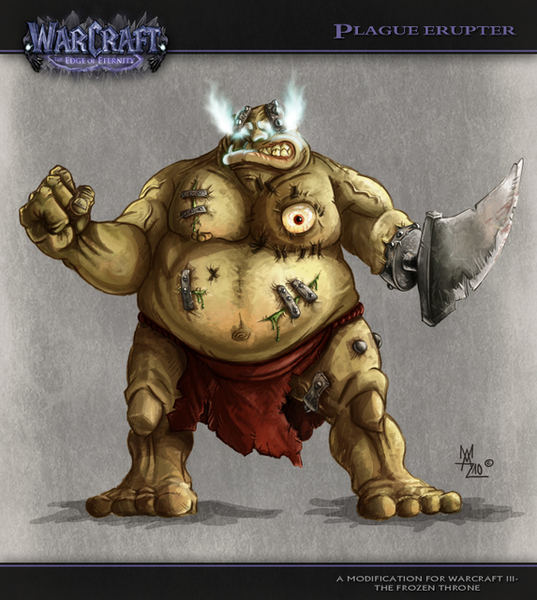 Every minion in the Scourge shall have cyan burning eyes to, again, capture the Lich King's aesthetic looks. Unfortunately, this ends the "Concepts" section of the update, but there is more! I present to you, the "Soundtrack" section:

Our team member, Emile, has also been working hard on the Scourge's soundtrack. While not all of it is finished, we can showcase a few new soundtracks plus some old ones. As you may very well know, we are using a new music system in this project very similar to the one in Command & Conquer: Red Alert 3. For people who have not played this game, it basically works like this: depending on the situation in the game, the music will change accordingly.

For example, if you initiate a battle, battle music will start as well. At the beginning there is always the "Start Up" music, however, the beginning has a random pick of two themes to add some extra depth and variation. The modification will also have a small cinematic after losing or winning a game, showing the emblem of your race, a "Victory!" or "Defeat!" speech and text, plus a theme to go with it.


Death Overture is the theme played when nothing is currently happening. It would play in this situation:


This theme is the current start-up theme. We have not created the second one yet.


Tainted Battle is played when a battle begins.


This theme plays when you have been defeated.

I would have loved to show you more, but currently we would like to keep some things under wrap (like models) until the screenshot in July. Thanks for the patience, hope you enjoy this somewhat large update.

Btw what are you planning to do for factions such as the humans and such?

Awsome! Good work on all of it, love the music, too!

really looking forward to this mod!

Narrat0r we Get the First Beta Stage 1 of the Game not the FUll game and Ya Probally some Screenies here to.