Information on the leveling system, skirmish mode and more!

A lot has changed with the game these past few months; we've built the classes and created all their abilities and the world’s basic layout has been put in place, we also have several enemies in place and more coming every day making it a very interesting time in development. We are now looking
into the skirmish system, allowing you to customize levels and gameplay giving you pretty much unlimited replayability and as heroes keep their levels from the campaign’s you can use skirmish mode to further level them up. We will also be looking for an artist soon so you will be looking at a more appealing graphical design. We now also have a sub domain setup specifically for Hero Defender with graphical elements from the game: Herodefender.armouredboar.com

You level your heroes up independently by buying their ability upgrades in the shop with gold. Gold can be acquired by completing levels in the campaigns, winning skirmish levels you have set up or replaying old missions. Not only can you level up their ability’s you can also give them perks; There are perks that can give you extra towers and moats creating you a castle instead of a simple tower to giving you a chance of dealing 3 times as damage. All perks are permanently attached to that character once obtained. Heroes also have stats that can be leveled up through gold, these stats range from strength and armour to life and firing speed. Heroes can easily be customized to fit your playing style. 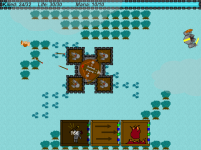 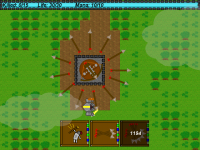