We would like to show you the world map of Chivalric Warfare, called "Eliendar". The map itself is not yet fully finished, but will give a nice overview of the cities, towns and camps. It also displays the different climatic zones.

This is not yet the finished map as all zones are categorized in levels so you know what kind of enemies to expect in which area. Also dungeons / instances will be shown on the map. The game will also be fully interactive as you hover different parts of the map, you will get some informations of the specific areas / towns / dungeons. 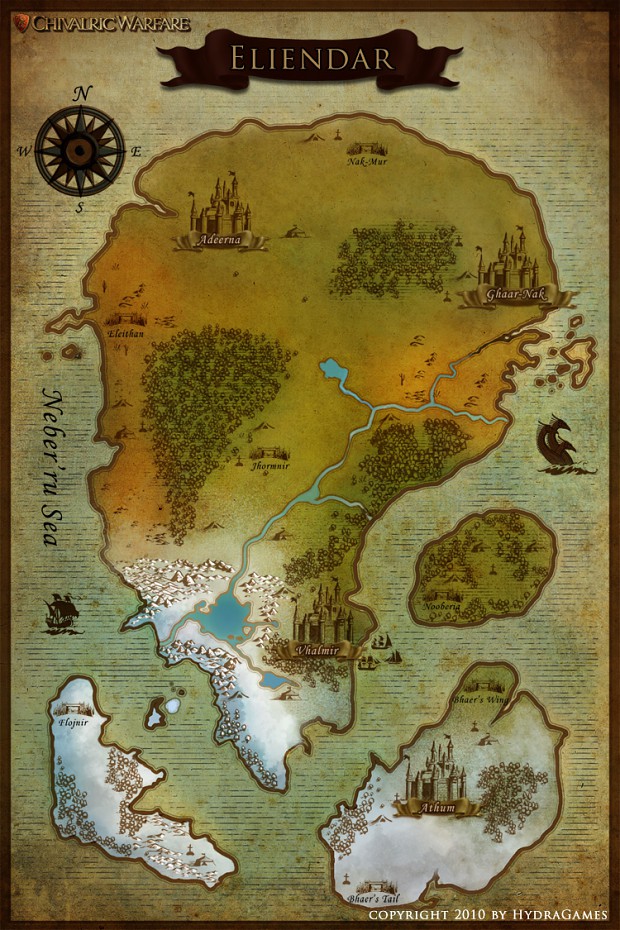 On the right side you can see a small island, this is the beginner island of the world. It will be used to introduce a player to the gameplay and before he can leave the island, he will be able to choose his path. For example healer, warrior or magician. He will also be able to learn how to use profession skills, as there are no fixed professions at Chivalric Warfare, everyone is able to learn everything. But it's really hard to learn new professions without setting a decent skill amount at the character creation.