This week we interview The Wind's mapper and get his thoughts about video game violence and which game his mom is good at.

This week wed like to introduce our die-hard mapper, Silverfish aka Lucas Orsvärn! He has been making maps (or "sets" as we call them) for us for a while now and even though he is a young gun, he has proven that age doesn't matter when it comes to professionalism and perseverance. Like many of our designers, he is from Europe. He also brings a unique perspective to our production.

What is the first video game you played and how old were you?
I was too young to remember, but it was probably The Legend of Zelda or Super Mario Bros 3. My mom had a Nintendo Entertainment System (NES) since before I was born, so I might have been two or three years old the first time I played it.
Fun fact: My mom beat The Legend of Zelda.

Tell us a bit about yourself and describe what contribution you make to THE WIND. What is the thing that helped you the most in becoming a Mapper?
I'm a 17 year old swede, I'm doing my last year at an IT school where I learn programming and general computer stuff. I've been making sets for The Wind in the program Hammer as well as contributing with my opinion on different matters for more than one and a half years now!

The thing that helped me most in becoming a mapper was my determination, my will to become a game developer have always been very strong ever since I discovered my first map editor (Heroes of Might and Magic 3), it was so much fun just creating your own stuff so I decided this was what I wanted to do for a living. I haven't really had anyone telling me I was good or commenting on my work at all until the last year or so, so my motivation was that it's so much fun I guess. 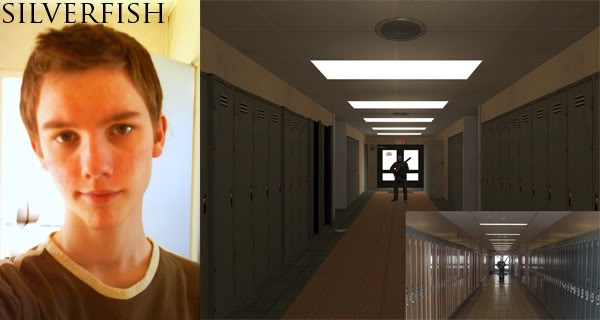 Being a young designer, how do you feel personally about age restrictions and gaming? Should they be strictly enforced?
My parents didn't stop me from playing any violent games and I'm glad they didn't since those games where so much fun. The thing is that some kids do get affected by games and some don't, in my opinion the parents should know their kid well enough to know wether he'll get affected by a certain game or not. They should also play the game themselves so they know what their kid is doing. Basically, if the parents really don't want their kid playing a violent game, the kid won't be able to, if they don't mind the kid playing it, they shouldn't have to pay a fine if someone tells the police about it.

Tell us a type of game or film you would like to see made in the future.
I would like to see a realistic, huge, medieval fantasy world MMO game with grahics so amazing and an atmosphere so heavy just walking alone through the forests admiring the beauty of the game is enough entertainment to get people to pay a mothly fee for it.

These shots are works in progress from our "Forest Map". 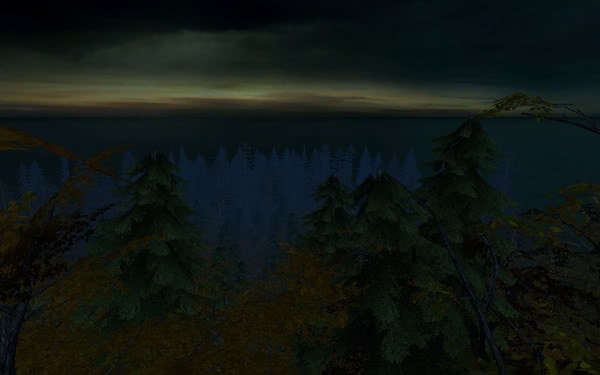 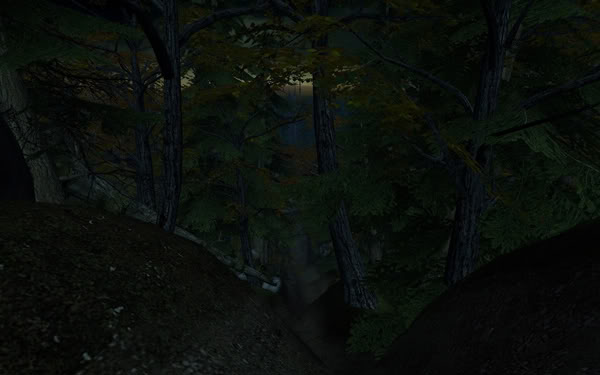 Share a recent piece of music, film, artwork or book that's inspired you creatively. What was the end result?
I draw most of my inspiration from real life by looking at both advanced architectural buildings as well as normal buildings. Me and my friend are making a Half-Life 2 mod as a school project, we got the inspiration for the setting from the buildings in the city we live in. Of course I'm also influenced by books, music and so on but most often real life architecture is the main source so I'm afraid I can't give you a good answer on that question.

Where will you be in 5 years?
I will be working a small indie game company making content for an awesome game without the time constraints and pressure put by some big publisher. That's my dream right now.

I wanted to give my designers a chance to get some visibility, and introduce them to their peer group. I wish other mods would take time to introduce us to their crew and projects through methods other than updates. Films do it, video game companies do it and I wish mods would do it as well. Mods are like rock bands in my mind and should celebrate their groups. I also wanted to let them know how much I appreciate their efforts with some airtime.

Fair point, however it usually still is a third party conducting the interviews and the film or video game company uses that footage for promotion.

Although I think its good you're trying to show your appreciation, any project that attempts to do this by interviewing their own members immediately is going to lose credibility. Worst case scenario would be the community disregarding the project as a joke, as they will think you have nothing else to actually promote yourself with.

Don't be offended by this, instead see it as constructive criticism. If you want to show your appreciation to your members, while promoting your project (because, essentially.. that is what is happening) try contacting some of the modDB staff with an interview request, or if that doesn't work you can always try getting a hold of other related communities to see if they are up for an interview. That way you don't lose your credibility, you don't alienate your community, you get to promote your work AND you can show appreciation to your members.

Sure AJ that would be fun! Contact me and we'll set something up.

Setis, thanks for responding. I'm sorry to say that i don't believe it is usually a third party, or that you may not know that it's done through a network of people. Every appearance on David Letterman, every spotlight on an actress in Vanity Fair or Premiere magazine, all of these types of interviews are done through PR people, agents, managers who are working for the studios on behalf of the actors. Everyone one of those interviews are placed by the production in other words. I just prefer more transparency and need to act as my own PR department.

I don't think our credibility will be questioned and I think it's very presumptuous of you to think that you have your pulse on the feelings of the moddb community and and know how they will react. Maybe it's the loaded word "interview" which you are caught up on. I'll use the words "spotlight on" as I did with my actress if that might help people understand what I'm doing. I actually think I'm just ahead of the curve, since mods are becoming more legitimate and need to be their own PR departments. I'm also taking the step into new territory and experimenting with new ways to get the word out. We here at The Wind will never do the obvious or standard option.

I have been interviewed by Bluewolf72 here and was interviewed by Dazed and Confused magazine when they did a spotlight on Moddb.com. You can see that article on our news page if you'd like. When I was interviewed by D and C they asked me a page of questions, and printed half of one answer. It was disheartening. Maybe you'll see why I'm doing my own press now. But, that was third party, so you're right that it does happen! Thanks!

I think its a different and interesting approach, nothing wrong with what these guys are doing, the staff put it up on the front page so whats the problem?

I thought it was 'silverfisk'.
Anyways, catchy interview.

Yeah, on ModDB it's Silverfisk (me :-P), but my nickname really is Silverfish, but that was taken here on ModDB.

Thanks to everyone who read.