A couple of weeks ago I completely rewrote the way Infested Planet dealt with the level map.

If you played Attack of the Paper Zombies, you probably remember the clunky way the map looked. The biggest problem is that the game stored the map as a tile grid. Either a map square was "off" and you could walk through it or it was "on" and seen as a wall. 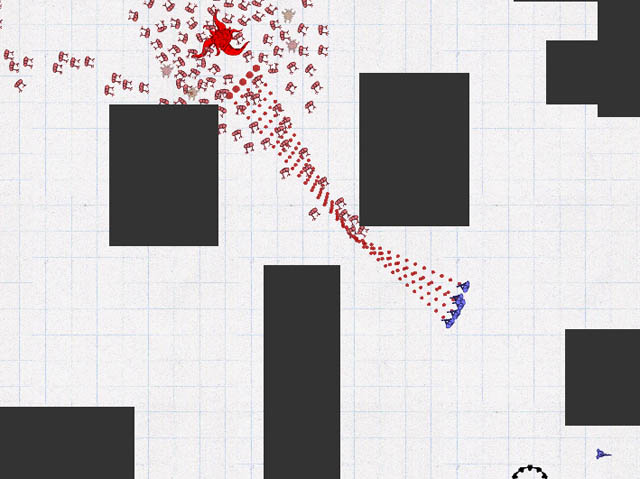 That worked ok for the purposes of the game, but it was also kind of boring.

One improvement in Infested Planet that I really like is the vector map. I’ve rewritten the map system from scratch to make it work. Instead of seeing everything as a square, Infested Plant stores the actual contours of the map. This means that the level can be of pretty much any shape.

Here’s an early screenshot of the new map. I’m still not done with the graphics, so it’s not representative of the final game. What I’d like to point out are the shapes in the map 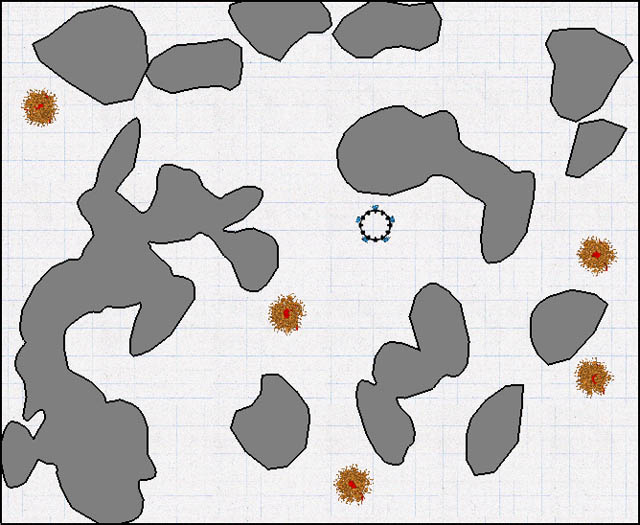 That was just a randomly generated map that I took a picture of. You can see how the obstacles are much more organic and interesting. That formation on the left looks a bit like a rabbit head. I’m really excited about the things that this new map system allows. I can make a level that’s shaped like a hexagon or a cave. It’s much more interesting than squares, squares, squares.

This week I’ll be working on making the map look even better. One thing that I’m adding is the ability to display fuzzy and textured edges on the walls. I’ll put some screenshots here when I’m done