Post news RSS In Which Giant Dragons Eat Your Minions

We talk about some of the features in Refusion's ecosystem, and why we feel it's important to the game.

Ever played an RTS in which wild critters roamed the landscape? In some games, they were used as a quick food source for starting civilizations. Other games they might be roaming animals that killed your scouts and proved little more than a nuisance later on. Rarely do they represent anything near a realistic rendition of animal behavior. Or how about games with habitats? Surely you've played an RTS with forests, deserts, plains, steppes and countless other biomes. But do these ecosystems ever do anything beyond look pretty?

In Refusion, we try to balance coolness with functionality. The vehicles are very large to make it easier for the Master to see, and because tanks the size of a whale would be awesome. Buildings have interiors to add to their realism, as well as to give players the option of taking out enemy strongholds from within. With the environment, making the ecosystem react to the players' actions helps to place some limitations on initial growth and make the game more challenging.

In a science fiction scenario, there are few battlefields with boundaries. It is more likely that planets, solar systems or perhaps even galaxies are being fought over for their resources and strategic location. Thus, Refusion will be using entire planets, free of boundaries and with every square inch fully accessible. How every square inch of land will be used is up to the players. Discussing the individual biomes would be very lengthy indeed, as each one has its own plants, animals, terrain, weather patterns and more. It's best that we generalize so as not to give away too much, and to keep this from getting encyclopedic. 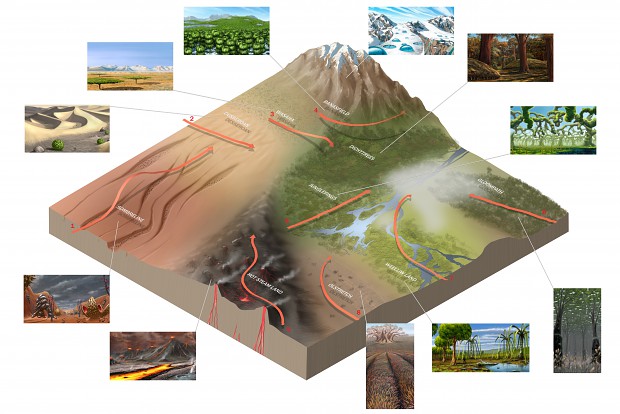 All this atmosphere is nice and all, but where's the functionality? How will the variations in landmasses help or hurt the players? Well, the primary function is to add natural barriers and inhibit players from merely lining up to shoot at each other on a flat plain. For example, forests aren't just there to look pretty: they also provide a way to shield your base from line of sight and keep enemies from being able to send anything other than infantry and light vehicles - until they chop a path through, that is. Smart use of nearby biomes or the ones in which the Master has placed the base will change the tactics necessary to defend or attack.

As mentioned before, there will be animals within each environment. Rather than being living scenery or walking resources, however, think of these animals as a sort of third team. They have their own "bases" (their ecosystem) and a player's presence is a threat to them. Destroying their habitats directly or indirectly may force them to move into another biome, or attack your forces out of spite. These won't be petty "miffed rabbits nibble at your feet" sorts of attacks, but dangerous beasts threatening to trample your army. 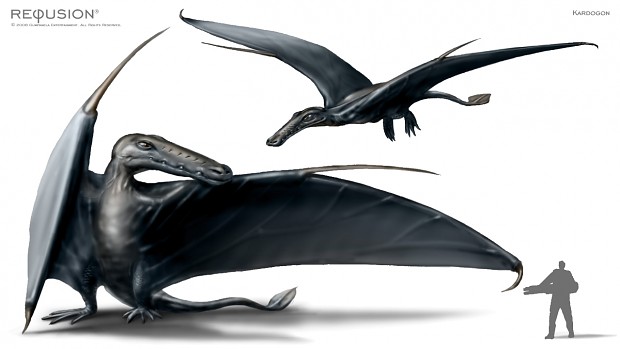 What does this all boil down to? Why put so much emphasis on the ecosystem in a video game? Aside from adding a unique aspect and making Refusion more challenging, it helps foster a respect for the environment - something most games lack or execute poorly. This is supposed to be the future: why shouldn't we give players the option to deploy eco-friendly methods of collecting raw materials, rather than deforestation and depletion of natural resources? Of course, you don't have to respect the environment if you don't want to. There's no "right" or "wrong" way to play the game; you just have to deal with the consequences of your actions.

Do I detect a hint of some form of procedural generation being used at some point? It seems like it would fit in quite well.

Yes, we do plan to use procedural terrain generation. There are a few issues that need to be worked out before we can be certain, but things look good.

If you guys can pull this off it will be a dream comming tru!

I haven't seen anything of this project before so I just base that comment on the images and videos on the profile. Looking at the armament I sort of doubt animals would have any influence at all if they get ****** or not. That's quite the sci-fi armament going on there. They could even take down a T-Rex with that mini-gun of theirs or just run it over with one of the huge tanks. So how are animals supposed to be of any danger to a highly (high-tech) armed player?

The kardodogon is hardly the biggest animal in the game. Many of the animals have special attacks, others have armored skin, etc. We just don't have concept art for them all yet. It won't be impossible to defeat them, but the idea is that provoking the wildlife gives you at least a bit of a pause.

It's more that I like the idea of including an environmental thought into the game but with the distribution of armament (or "attack power" so to speak) I fear a bit them turning into cannon fodder for in between instead of a tactical element to take into consideration.

Well, the environment is not supposed to be equal to or greater than the Human or Skoroman races. They won't necessarily be cannon fodder, though. The point of the animals is not for you to fight them and be evenly matched, but to take into consideration the manpower required to fight them off. If you're defending your base from the enemy and suddenly the wildlife floods out of the forest you harvested into your barracks, things are going to get interesting. Even if you have superior firepower, that's still a mess.