A look at the new building models and improved station building system in Empyrean Frontier.

Since the last update I've been working on improving the visual appearance of a lot of the models in the game, as well as making some big design changes.

First and foremost, I've been creating new models for each of the available station modules (buildings) that the player can construct. These new station modules can now take up more than one node in the hex grid, for instance the reactor takes up only a single node, while the much larger cruiser shipyard's layout occupies a total of 13 nodes. Each module can be rotated and placed in any position so long as it is connected to at least one existing module. By giving buildings different sizes and shapes as well as more distinct designs players should be able to more easily distinguish between different types of modules.

Many of the new models also have some kind of animation or light effect when in use. Apart from being more interesting aesthetically, these effects are meant to better convey the function of the structure. Shipyards show partially built ships being warped in, and the core of the command center shows similar effects, as its intended function is to remotely warp in other building modules. 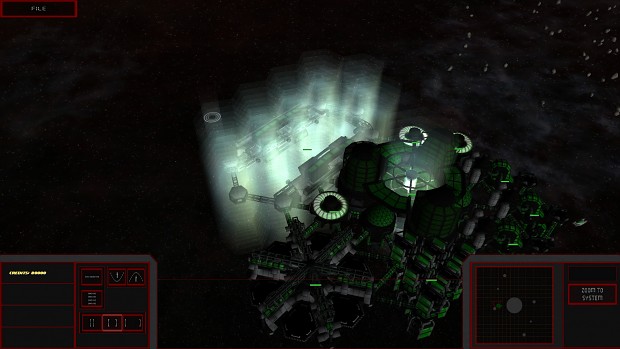 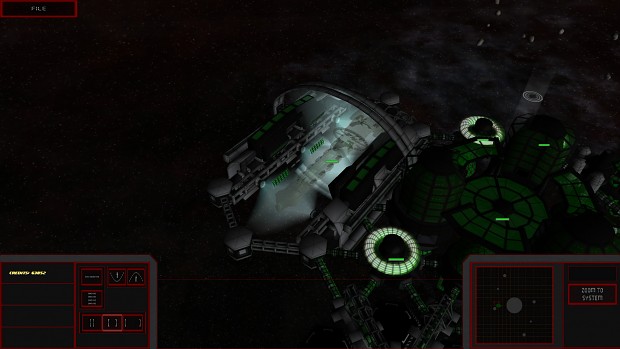 In addition, several of the old building designs have been modified or completely removed. The main design change is that there will no longer be any dedicated "tech buildings," instead upgrades and unit unlocking will be handled directly from a research tab in the command center. (I'll have more details on this subject and a number of other design changes I've been working on in future updates.)