Updates as of 11/1/2014. Finalizing concepts, feature implementation, and more!

How's it going, everyone? It's been quite awhile since my last State of The Game update, almost two months in fact! I've been trying to update the images section as much as possible to make up for the lack of blog posts here, so hopefully everyone has been satisfied with those. Today I'll be re-posting some of those images so I can talk about them in depth. Double Death has evolved a lot since the last update, so hopefully I can fill everyone in fully.

So first, let's talk about the implementation of two new boss zombies:

Both of these new zombies do not spawn like the rest of the crew, but instead only spawn under certain conditions. The Kraken will only spawn on the Sunken map, under super secret conditions which I won't leak today. The Overlord on the other hand, will spawn once per game on every map (assuming you are playing a survival-based game mode), when you have reached the last wave of the game.The Kraken has 2 attacks, which involve slamming the ship deck with its right or left tentacle in order to shake the ground. The Overlord also has 2 attacks, one where it slams the ground and knocks back everyone in range (similar to the Tank), and one attack where it spits projectiles in a straight line (similar to the Spitter).

The HUD has also been updated a bit since the last time update, with the implementation of the ammo bar and the backpack icon in the bottom left with the money/ammo amounts. 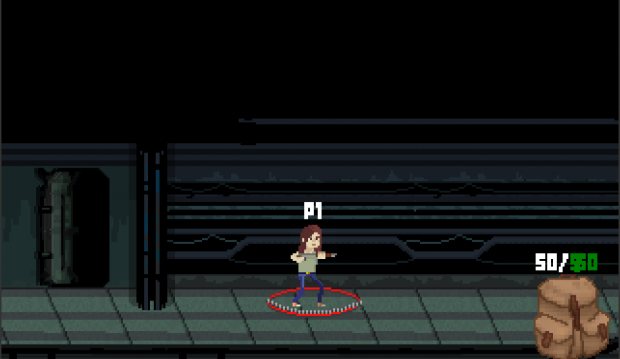 The backpack icon shown here may or may not be updated in the future, as it strongly differs from the backpack shown at the actual inventory screen.

One has finally been implemented! By pressing the tab key (this can be rebound), you can access this menu. You can see how many keys you have, how much ammo, and how many health kits. You can also see what gun you have equipped and the mods equipped for it. This is implementation of the inventory concept art from awhile ago. I may still change a few things here however, such as displaying every gun you have on you rather than just equipped and maybe add a bit more. I'm also thinking about doing an intro animation where that black lines slides across the screen and then the backpack and labels fade in.

Double Death has also received an update to the title screen, with the background being changed to this beauty: 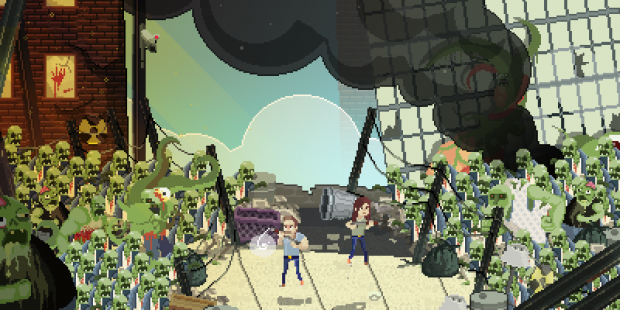 I also teased this great animation not long ago:

That's right, death animations are finally make their way around to being implemented. Here's all of them, for your viewing pleasure:

Which one's your favorite? I personally like the Kamikaze one the best (the zombie who keeps running for a bit after he dies).

And then, even more recently, I added these awesome examples of new scenery/maps being added to the game: 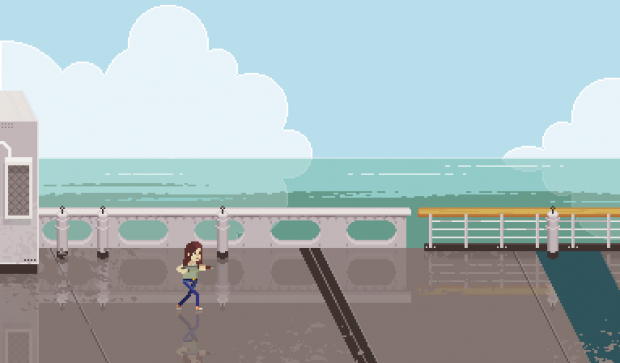 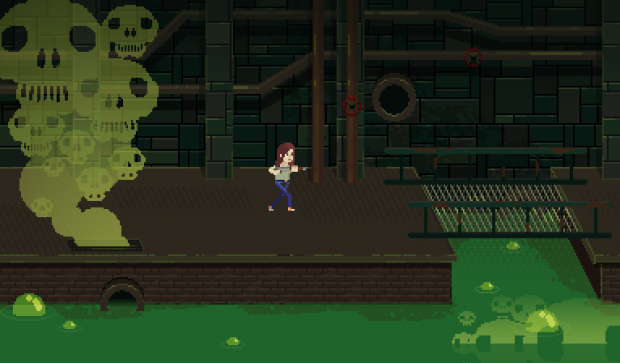 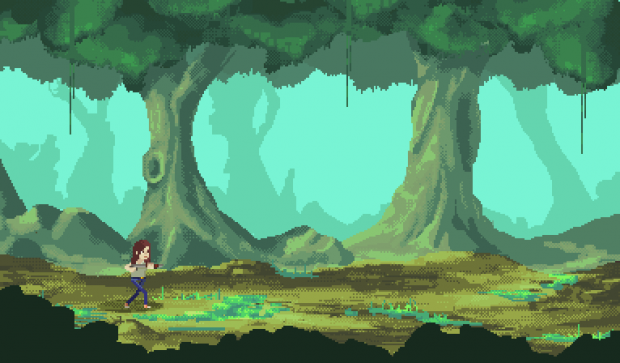 I think these might have some of the finest details yet, I hope you guys and gals following this feel the same way.

On a smaller note, I've also added animated portrait expressions for Arcade Mode, which are shown along with the dialogue boxes:

They aren't anything too special, but I think they add a nice touch.

And lastly, there's the modding system, which I've been putting way more time into than I probably should be! If you've been following the devlog over on TigSource (Link), you've probably seen this cool teaser for how mods work:


Basically I demonstrated how an extremely basic zombie would would be added in. I'll quote my devlog here to explain the code a little bit:

Bonesy wrote: Here's the basic syntax used for modding. In order to keep things simple yet flexible, I decided to make modding done through .ini files. The ini file and a folder with the same name (which contains the sprites/sounds) are both placed in the Mods folder. The ini file is parsed by the game when the mod is active to add custom content.
The basic syntax uses the section as a condition or a definition, and then uses the keys to define the actions relating to that condition. There are hundreds (and believe me, I really do mean hundreds, thousands even) of conditions, actions, etc. which can be used. There are also constants for certain actions that can make your life easier.

The data section must always be first. It declares what the modded object is. For characters, etc. you'd choose 'entity'. An entity is anything which plays a part during the actual game. For custom gamemodes, you'd want 'controller'. A controller is a dynamic, invisible object which handles rules and variables during a game. There's also a 'weapon' type for adding weapons, and a 'other' type for different kinds of mods, such as texture changes.

That's all for today, folks. Next time hopefully I'll be able to talk to you guys and gals more about the game's music and a few other surprises.