Illustrated International Crime Syndicate Features Guide ICS is`the` must have `Balls-To-The-Walls` mod for Soldier Of Fortune II with all new commercial quality content, improvements, and even bug fixes for vanilla SOF II issues Raven has not addressed. Not just a mod, ICS is a better way to play and

ICS is`the` must have `Balls-To-The-Walls` mod for Soldier Of Fortune II with all new commercial quality content, improvements, and even bug fixes for vanilla SOF II issues Raven has not addressed. Not just a mod, ICS is a better way to play and enjoy SOF II! 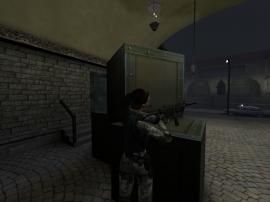 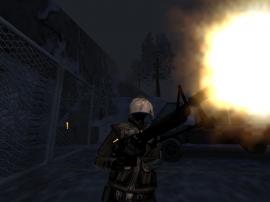 Our ICS bandit logo is taken from the Corsican flag which is also associated with the Corsican Mafia. We thought it would be a fitting image for the mod and just looks cool.

While ICS is a self-standing mod for SOF II; ICS incorporates many flexible features most of which can be enjoyed on vanilla SOF II maps as well. If you already enjoy SOF II we think you'll like ICS even more as we worked very hard to preserve the fundamental 'feel' of SOF II while adding refinements, commonly requested fixes, improvements and options we think offer a better way to enjoy the game, including:

In Hitmen the Red Team (Special Police Force, SWAT, GIGN, or InterPol Operatives depending on map) is transporting an armored briefcase containing bearer bonds in excess value of the GNP of most third world countries. When held the briefcase has an integrated alarm that emits a beep broadcasting that the case is being transported. The case also contains a special GPS transponder that will broadcast the cases position if it's dropped. These features also make The Transporter's position audible to the opposing ICS (Blue) team and the case visible in the event it's dropped on their GPS/radar. The ICS is tasked with intercepting and assassinating the player carrying the briefcase so they may abscond with it. As soon as the Blue Team captures the case by killing the 'Transporter' or recovers a deliberately dropped case they win the round. The Red Team must defend the case for the duration of the round from capture to score a win. 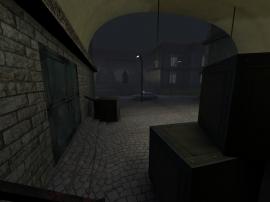 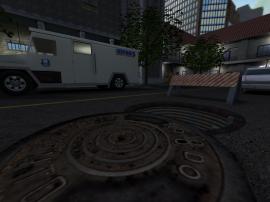 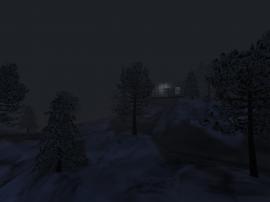 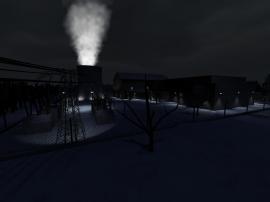 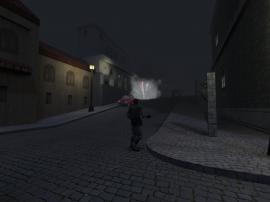 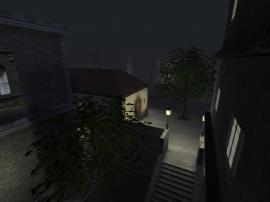 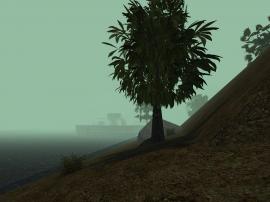 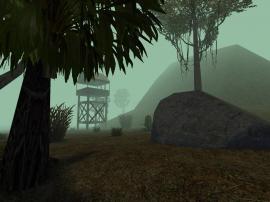 You can see more shots of the ICS level designs in ICS ModDB Gallery...

ICS opens the SOF II door to the female half of the population with female models, new skins, female voice and radio commands -- and we've made every effort to represent women tastefully and capably.

Also as a measure to remind players of some of the more dramatic weapon performance changes available in ICS we have reskinned several of the most altered weapons. 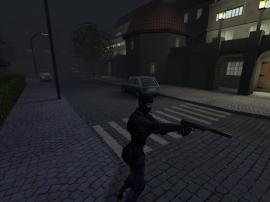 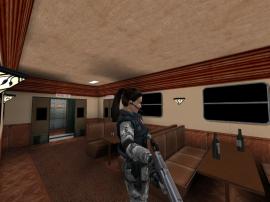 Be sure and check out the ICS ModDB Gallery for more screehshots of the ICS player model and weapon skins.

With ICS SOF II gets a complete sound overhaul with all new weapon sounds and expanded more realistic radio and voice messaging system. Other more subtle sound changes like hit sound delays and a voice for female players top out the new ICS sound design complement with the level of quality and intensity you wished SOF II shipped with.

Generally this is achieved by subtly improving the select or semi-automatic accuracy of the weapons, and decreasing full-auto or fast fire accuracy, but other tweaks subtle and dramatic have been applied. You can read more about ICS ACM weapon performance here on the Official ICS Weapons Info Page.

As with all other ICS features we've kept the important familiar aspects of SOF II, and refined them. Our new light-weight interfaces pares down the fat and makes the presentation of important game telemetry less intrusive and clearer. 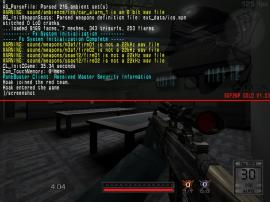 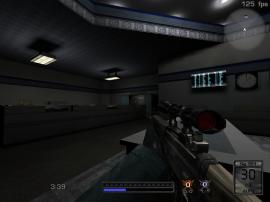 The new ICS HUD and Console feature alpha transparency and neutral colors for less distraction and more utility; you won't have to miss what's going on by dropping the console, and you can see through most of your HUD. We've also made the packet loss icon bright red, so regarless of whether you have or know how to use the net-graph you'll know without a doubt when your connection is headed south dropping packets immediately.

ICS rolls with one of the most sophistocated and complte Administration and Referee systems in FPS Realism gaming! Not only do we have commands and CVARS for every contingency (too many to list) we've integrated virtually everything into our in-game menu sytem... 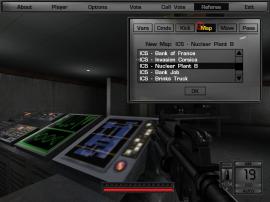 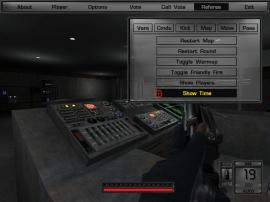 ...so you don't have to have a degree in server administration or any experience in refereeing a match -- it's all a mouse click away.

"Headshot!" will appear on center screen when you manage a kill with a headshot; and all players will see a message in the upper left of screen: "PlayerName-1 was shot by PlayerName-2 MP5 | Headshot |"

At the end of each game five medals are awarded to players who top each of the following categories:

For all game-types, players spawn at death-match spawn points during the warm-up period and may engage in a free for all until the warm-up is over; team killing is permitted during the Warm-Up and will not be added to any server penalty for team kills that may result in a kick.

Servers can use g_teamSwap and g_teamSuffle cvars in order to swap (red team to blue, blue team to red) or shuffle (randomly mixes) teams in between maps to assure greater fairness and balance in games.

Players may include numerical or bar graph style health and armor tokens in their text messages in order to let their team mates know their status. 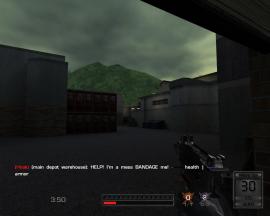 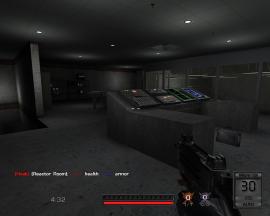 Typing any of these tokens in a text string will automatically display the appropriate value. #h (numerical health), #a (numerical armor), #B (bar graph health) and #b (bar graph armor). You can combine status tokens with messages for calls for help and bandaging (see below)

'Status Tokens' aren't just a 'for fun feature' in ICS they offer real team-play value because can bandage your injured team mates rewarding real team-work and giving the team that works together the edge. 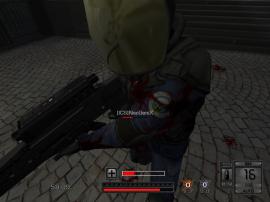 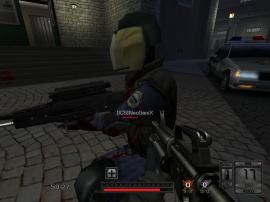 Note: bandaging take time you have to complete the process to actually heal a player of any damage.

ICS expands the SOF II armory with the OICW, supressed SOCOM, replaces the USAS 00 shot ammunition with combat slugs and offers a wide range of realistic and sophistocated munitions including tear gas and a gase mask to deal with it. 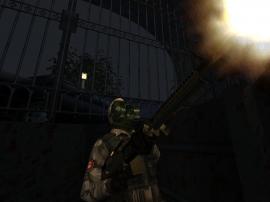 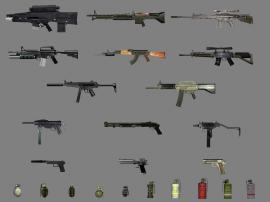 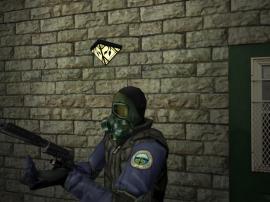 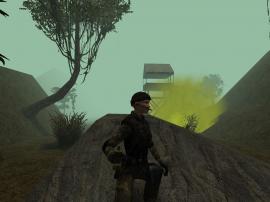 The ICS armory additions have been carefully balanced and tweaked to add play real tactical sophistocation to the game while keeping things fast and fun.

Don't take our word for it, download the the most popular mod for SOF II and give it a whirl!