An update showing off some recently made stuff as well as an entirely new walker and the teams new maps on the table. And some new staff!

Hey there all, here's another update for all the fans :).

Firstly, I'd like to welcome quite a few people to the ER Development team! We seem to have had an influx of people that are more
than doing the lions share of work around here.

Firstly, We have PLEXI. Although you might have seen the Pistol he helped design on our MODDB we haven't exactly told anyone about him.

PLEXI joined our team as a Concept Artist/3d Modeler and has more than proven his worth by designing the NAC Assault Rifle, The Emerson .45 Pistol and as well as working on an APC design. He has also contributed to the over-all look of the NAC Humvee/FAV.

Personally, PLEXI is one of my favorite team mates due to his amazing speed with a Pen. and I hope to show you alot more of his work in the future.

Secondly would be Wildcat, Wildcat would be the 3D Artist behind the scrapped Irvine Walker (Orginally drawn by Jack Williams), As well as our EHG-1 Grenade, the Pistol and the Humvee FAV and the Civillian Truck in our image areas.

Being more than proficient in 3d Art, Animating. as well as UV Unwrapping. He also quadruples as a composer!


Thirdly would be Dr.Nick, the 3d Artist behind the Specter-179 gunship previously shown, and the LAD Model.

Dr.Nick is the person I have known the longest in this entire group, meeting him in 06 I have had a very good 3 years working along side him with multiple projects as well as little pieces of work we've just done for fun. And is proficient in all fields of 3d art, Animating/3d/Texturing/UV'ing you name it, he's most likely able to do it.


And we also have another artist known as DeadPixel doing favors for us. Some of you Counter Strike : Source fans who are active in its community probably know who he is, He is currently the mastermind behind the Assault Rifles model and texture. Also an avid TF2 fan.

Extremely proficient in most fields of 3d art!

Next up on the list is Slevered, Slevered has just recently applied on the FLOT Server (Flotservers.net) forums as a concept artist and has already begun work on the NAC Tank (Yes, the Liger is scrapped.) and the new PAC Jet (It was placeholder guys, Sorry to those who liked it.)

Last but not least', would be Veeence. Some of you may know him famously for his Wake Island 2142 Theme but some may know of him through the Sir. Community, He he has agree'd to do musical
and sound development for us. We hope to show you some of his fantastic work in the future.


Now that we've introduced some of the new team. Lets move onto some of the more juicy parts of our update, shall we?

First up in our list of effective Hit and Run tools is the NAC's original and newly made mech known as the FAM-12. 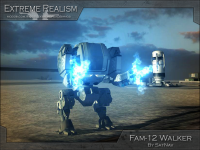 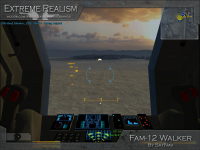 This will be replacing the Irvine Walker that some of you have seen on our MODDB profile. Although entirely different in design, its previous role is apparent. Light combat and riot control.

We'd like to thank SatNav for donating this exclusively for our Mod. Thank you very much once again.

This paticular variant has been modified for use in the Northern American Coalitions mainstream millitary.

Possessing twin rapid fire cannons, the Mech can dump more ammo into enemy infantry faster than the Riesegs Miniguns and do more damage in a shorter amount of time than the Bogatyrs twin chin cannons. You'll find yourself running out of ammo very quickly if you are not careful however.

The Walker also posseses laser guided Missiles fired from its shoulders. They're the most responsive missiles to date and are nicknamed "Sidewinders" by the APU Corp of the Coalition. In one test the Pilot fired the missiles to the side of a simple wall and then quickly changed their flight trajectory
by simply aiming the mechs torso to the wall, enabling it to go completely around the Wall and hit the specified enemy target.

Though effective, this Mech is extremely prone to ammo problems. It can also only take 2 to 3 Pilum shots before being destroyed.

Speed is its advantage, faster than both the Bogatyr and Rieseg. You'll need to be going top speed to avoid annihilation with this Mech.

However, The Mech is relatively easy and cheap to produce, meaning more than three moving on the Battlefield with one another is rather common.

Next up is the V19 "Bear", this beast functions as the NAC's Fast Assault Vehicle. 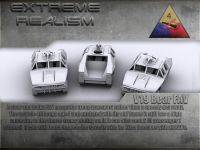 Last but not least'. 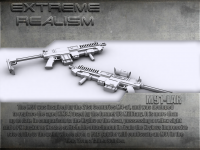 And finally, here we have screenshots of some of our Maps in development. All developed by our first mapper Ekalb! 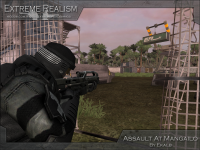 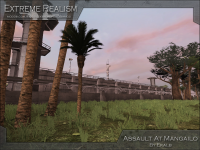 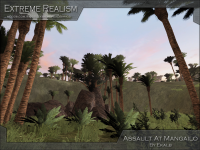 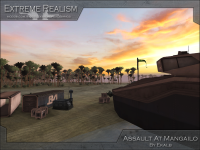 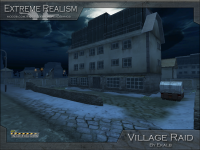 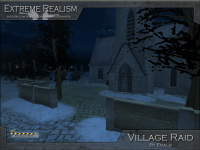 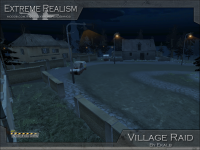 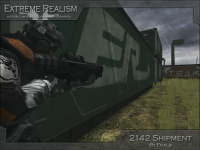 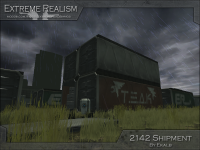 Some of you might note that this is a very spaced update, spaced being that it took a while to produce. Now why is this you might wonder?
We believe that if a team focuses only on updating then not much gets done internally, Although we're hiring a PR Team to keep you updated we're still adamant with this

"If it's done in rapid succession it's done poorly"

We'll only show you updates we feel are justified by their content. Meaning you shouldn't get a poorly done update most of the time.


We're also hiring beta testers! In bulk as well. Belong to a Clan who all know of our Mod and would love to beta for it? Please contact me on xfire for more details!
Beta testing would mean you get to play the mod before everyone else and make sure its in tip top shape before it's shipped to the general public.


That's all, signing off.

Credits for this Update :

Looks great, get the update out and I guarantee I will be playing this :)

I'm my clan's leader and I love that mod. :D

My guys like it too and they also mentioned it's better than vanilla in singleplayer. And we an own server!

But PLZ remove the explosions after a bullet impact fired from the GANZ or the civilian defence rifle.!!!!

#PLZ they suck and are inrealistic.