Post news RSS Survivors of Ragnarök - Hell... It's About Time

Starting off where we last ended. The threat of being 404'd off the internet still a very real danger. This time though we brought backup.

With that being said we have had a lot of great comments on our last news post. With exams out of the way we have been hard at work progressing through code and pixel. Garrett has done an outstanding job with implementing drinking animations as a dwarf approaches a water source and more importantly making sure the game doesn't crash when a dwarf reaches a water source.


So what does it mean for our little guys to interdependently be able to find water, play through their animation, and not have the game crash doing all the above? It opens up the doors for a plethora of actions and tasks our dwarves will be able to accomplish. Everything from finding food, creating structures, and following orders given by the players.

All of this technical stuff is great and everything, but what's the point of progressing the game further without some fluff?

We wanted to personally thank Attila518 for the fantastic bit of fan art he created! We were ecstatic to find out that people are excited enough about the project to make fan art this early in development. We would love to give you $1,000,000.00 for doing such a great job! However we do not have that kind of money so we are just going to give you an imaginary cookie instead.
Attila518 : 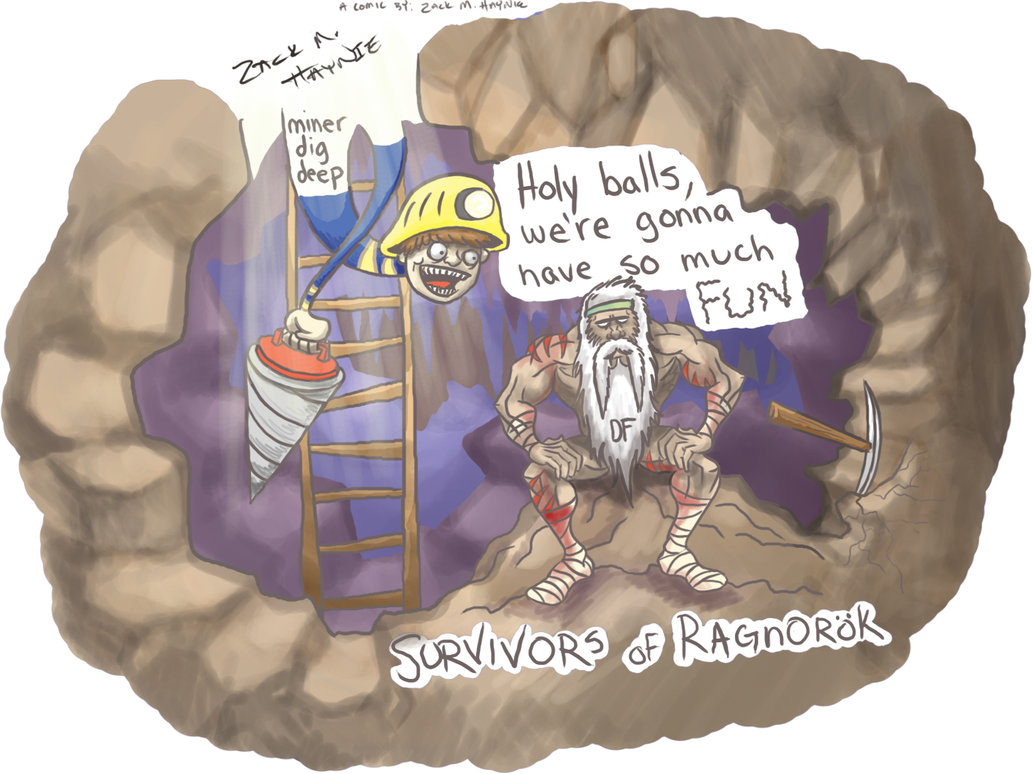 We did not forget about the mission you were tasked with in our last post, and we were definitely ecstatic about all the comments we received. We have been hard at work making request-bot work(and boy did it work), to make just about every entry we acquired a reality.

Mecha :
[Insert Epic Duck Robot Here]
"This. Only the two guys driving it are ducks. Possibly the HyperDucks, I don't have a license but Dan does. Stupid wings for hands.. or .. wings for wings I suppose.." 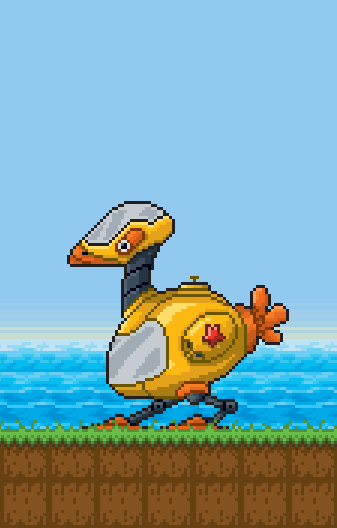 njordy :
"Mario will come, jump on his head and AAA will die.
So all the mushroom kingdom will be safe again! (There are mushroom people in here, don't say I can't name it mushroom kingdom D: )
Go, go!
Good luck in the progress. And (if you haven't done it already) try to test the pathfinding for bugs, or we can have dwarves running into lava pits.
Oh, do you by any chance plan to make an way to dig "into" the screen. (Like DF, but instead of you viewing it from upside, you view it from the side. =) )" 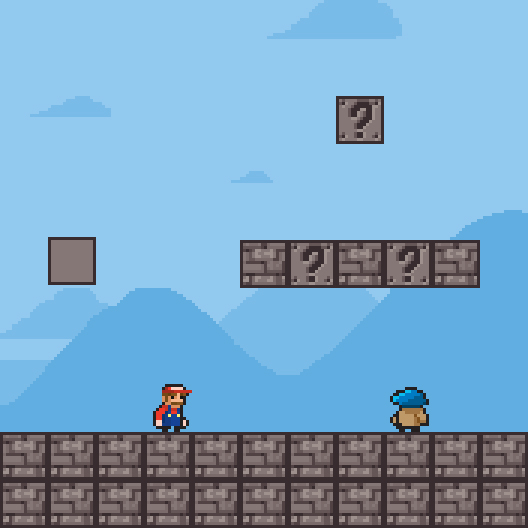 sporeos :
"summon Ifrit...? Throw a diamond pickaxe at his head!? send him to oblvion? AHHH" 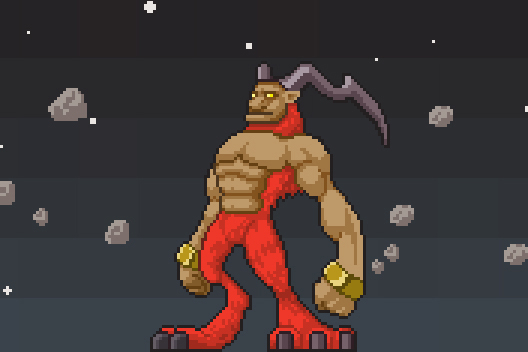 the_chuck_norris :
"I think Chuck Norris should show up and roundhouse kick him into a third dimension, wait.... fourth, no make it sixth dimension. OR A FILTHY baseline comes on and he gets dirty and leaves SCORE"

TheGameSquid :
"It may seem kind of standard, but of course he would need to be taken out by cannons mounted on the towers of the fortress. Explosives always fit with Dwarves, because it helps to portray them as brash, brutal fellows that enjoy using considerable force without thinking too much about it first. And the cannons would fit into their entire metalworking background too. Plus, explosives may well come unto play into the game as a way to clear large parts of cavern systems, quarries, etc.

Either that, or Dwarves flying on giant hawks to assault AAA's ship! The Hawk-Riders will then use cunning tactics such as dropping large rocks on AAA or crashing into the ship to defeat him!

Or you could always use the Wiggles. THEY'LL KNOW WHAT TO DO!" 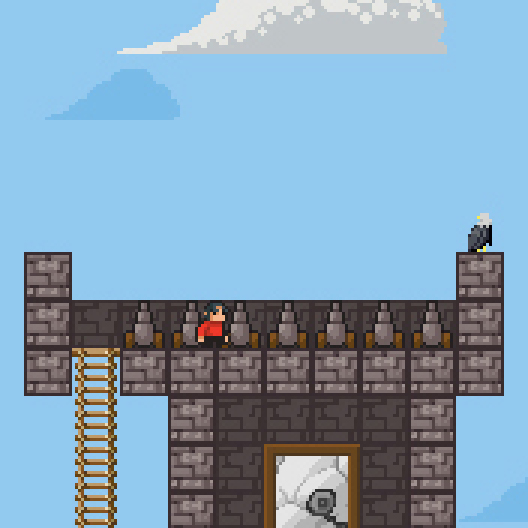 tim-bo-jay :
"Tiger Sharks...after the Ragnarok Terrence the Tiger was all alone, all his fellow Tigers had been wiped out, and so had his Tiger wife. One night he gave up on life and threw himself into the ocean to be eaten by Sharks, only to find the same thing had happened to the Sharks! Gwen the Shark had been left all to herself and was far too depressed to eat a WHOLE Tiger so after having a bit of a nibble on his leg they settled down for a good old chin-wag. It turned out Tigers and Sharks could be the best of friends if they weren't trying to eat each other and Gwen and Terrence hit it off! A few months later the first litter of half Tiger half Sharks were born, Borris, Horris and Dorris! Alas AAA in all his evil ways decided the story of Terrence and Gwen was far too silly for a video game and had them killed! As for the 3 Tiger Sharks, he planned to use them in some low budget crappy First Person Shooter, but one day they escaped! And now they have dedicated their lives to avenging their parents death! *DUN DUN DAAAAA!*
A story by Timbo - Age 23 :-)

Tomasi :
"AAA can only be defeated by the combined ingenuity and cunning of all the dwarfs.

Therefore I propose that a crack team of elite dwarfs be assembled:

A Master Engineer to design cannons and a rocket to be shot up at AAA.
A Master Alchemist to make firebombs (shot out of the cannons) and rocketfuel.
A Dwarven Beast Tamer to fill the rocket with nasty warbeasts like ferocious vampire rabbits, berserk kobolds, destructive gremlins, and rabid dogs.
A Dark Shaman Dwarf to summon evil spirits and also open a pit to Hell to send AAA back from whence he came.

Once launched, the rocket will impact with AAA's flying chariot as it is bombarded by the cannons and harassed by the demonic spirits. A door/hatch on the rocket will open, causing all of the nasty beasts to pour out and surround AAA and start destroying everything. Beaten and beleaguered, the ship with AAA in it will fall into the pit, and be swallowed up as it is closed forever. 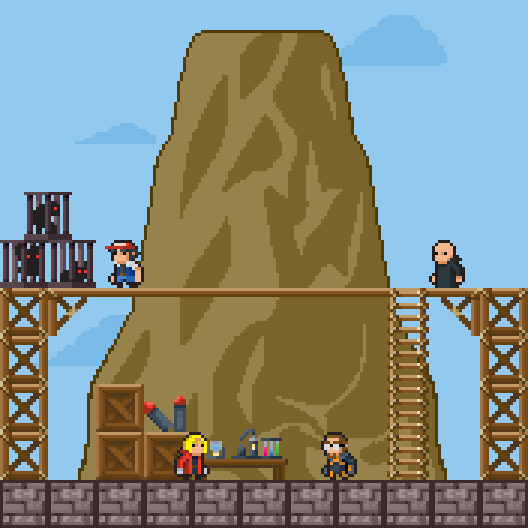 With request-bot in utter shambles, we hope you guys are happy for breaking the poor thing. With the looming threat of AAA it's time to act now. We need you guys to vote for your favorite entries.

Eternal glory is what awaits the winner. The Halls of Valhalla will forever sing praise and wonder of the mortal who defeated AAA.

Any guess for the alpha release?

why yes sounds about right. :)
Atilla I'm going to nudge you to reread the news post again!
Really though, incredible job on the artwork!

Ahahaha wow, thank you for adding the art to your post. Though: Its not exactly my best work, so I guess Ill just have to sketch up something actually decent to make up or my half-assery on this one.

And my signature is on it twice? Haha wow idk how I did that.

That CAN be fixed.

Haha I know, but at this point Im just going to get started on some fan art that didn't take only 1 hour to do.

Awww, so cute and you guys are so community friendly!

"To defeat AAA we need flying DJs with lazor turntables"

NOT a good idea. Don't know how flying DJs stand flak shrapnel, but I wont bet on them.

Yeah maybe normal DJs cant stand up to flak, but this is Daft Punk we are talking about here, they can stand up to anything.

This is one of those things that I instantly became attracted to. Just like with Minecraft and Dwarf Fort, I love it whenever updates are released, and I can't wait for the release of this. Keep up the awesome work!

Attila, I have two words for you: GOOD JOB.

Hahaha, your name makes me suspicious of your sincerity.

oh and thanks RYAN

My vote goes to Tomasi!

Daft Punk for god of the loving sack!! (the power of making no sense)

i vote for the last one. seriously, best choices for those roles ever.