What do Lazy 8 Studios of San Francisco, CA and Dejobaan Games of Watertown, MA have in common? Both studios are Independent Game Festival (IGF) Finalists in the "Excellence in Design" category. WOOHOOOOOOOOOOOOOO!!!!!!!!!! In This Interview: Dejobaan Talks to Rob Jagnow from Lazy 8 studios

EXTRA EXTRA!! Cogs is now live in the App Store for the iphone!!

What do Lazy 8 Studios of San Francisco, CA and Dejobaan Games of Watertown, MA have in common? Both studios are Independent Game Festival (IGF) Finalists in the "Excellence in Design" category. WOOHOOOOOOOOOOOOOO!!!!!!!!!!

Wait, what's the IGF?!? The IGF is the Sundance Festival of Gaming, so it is with much excitement that Leo from Dejobaan interviews Lazy 8 Studios' Rob Jagnow, Founder and CEO of Lazy 8 Studios.

In this, the latest in Dejobaan's interview series titled "Half a Million Seconds with and Indie Developer," Leo finds out why Rob went Indie and gives you some insights into what it takes to be an IGF Finalist. here goes:

LEO JAITLEY Of DEJOBAAN GAMES: They say your name is Rob....tell us more...

ROB JAGNOW: Hey, folks. I'm Rob, Founder and CEO of Lazy 8 Studios in San Francisco.
In a way, I feel like I stumbled into game development. I interned at Pixar for a couple summers while I was getting my Ph.D. and I fully expected that when I finished school, I'd travel around the world for a year and go back to Pixar. But when graduation finally came, I found myself in an accidental relationship -- one of those, "when you're least expecting it" relationships. So I went ahead with my plans to travel the world for a year and then ended up back in Boston to be with my boyfriend. The job hunt led me to Demiurge, a small game studio in Cambridge, and I fell in love with game development. When my boyfriend graduated, his job hunt led him to Google, so we moved together to San Francisco and I decided to try my hand at starting a company of my own. And thus, Lazy 8 Studios was born.

LEO JAITLEY: What did you friends and fam say when you said you were "going indie"?

ROB JAGNOW: My family puts a lot of emphasis on independence and self-reliance, so there was no freaking out when I said I was going to leave a steady job to start a new company. My boyfriend of five years has supported me 100% of the way, even when I went into debt, just before I released Cogs.

LEO JAITLEY: Tell us about your workspace - are you a "work from home while watching Oprah" kinda dev, a "get out of bed and trudge through the snow to the office" kind, or something else?

ROB JAGNOW: My office looks a lot like a guest bedroom. Maybe that's because it's the guest bedroom. So the commute is awesome, but the reality is that working from home isn't for everyone and takes a lot of discipline. When I started, I made sure to set up good habits like never ever turning on the TV during the workday. Brendan, the artist for Cogs, comes in about 20 hours a week and sits at a second workstation in the "office." I think we're both probably more productive when we have someone else around, so that works out well.

LEO JAITLEY: You wake up on a Wednesday morning. Congratulations -- you have a full day's work ahead of you! What do you get done in the first hour?

ROB JAGNOW: Nothing. Or at least that's what it feels like. While I sip on an Earl Grey, I catch up on email and Twitter, check the latest headlines (and kitten videos) on Reddit and peek into Facebook. Getting through my email and keeping up with the gaming news are actually important aspects of my job, but for some reason, unless I'm designing game features or writing code, I don't quite feel like I'm really "working." I really need to get over that. 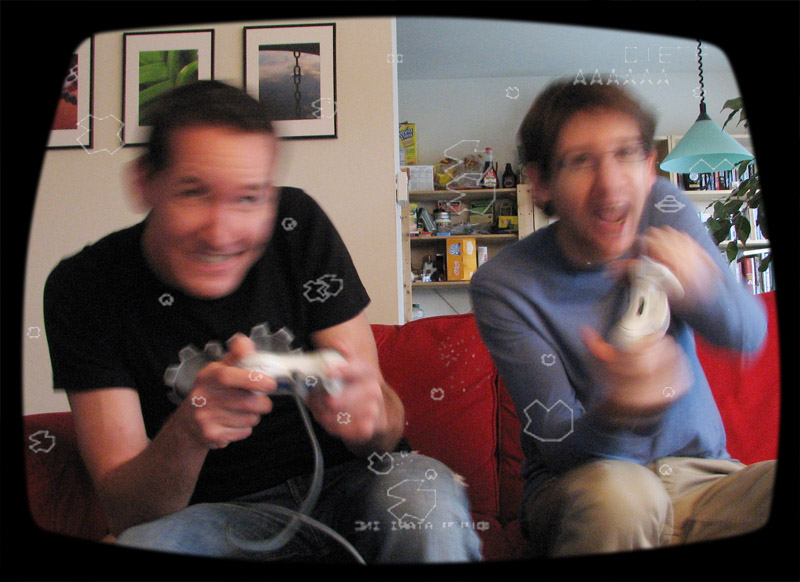 LEO JAITLEY: Okay, go on and tell us about the subsequent 10 hours.

ROB JAGNOW: I usually have a list of "to dos" that I put together the previous day to remind me where I left off. So once I'm caught up on email (Disclaimer: I'm never actually totally caught up on email), it's time for programming. New game features, bug fixes, prototyping. I love it. It's hard to imagine a job where I don't write code. To me, games are art and the keyboard is my paintbrush.

LEO JAITLEY: Would you classify yourself as more of an artist or a tech wiz? Master of biz? Maybe you do it all, tell us about it Jack...

ROB JAGNOW: I'm definitely a tech guy. It even comes through in my writing, which tends to be very stoic and formal (And for that, I apologize to the readers of this article). It pains my obsessive compulsive nature to write things like "sup- how r u?" My complete and utter inability to emulate the writing of a prepubescent girl makes me a terrible candidate to maintain our Twitter feed, so thankfully Brendan helps out a lot there.
On one hand, I consider myself relatively artistic as programmers go, but real artists put my work to shame. I like to think that puzzle design is one of the places where my artistic and technical sides dovetail nicely. 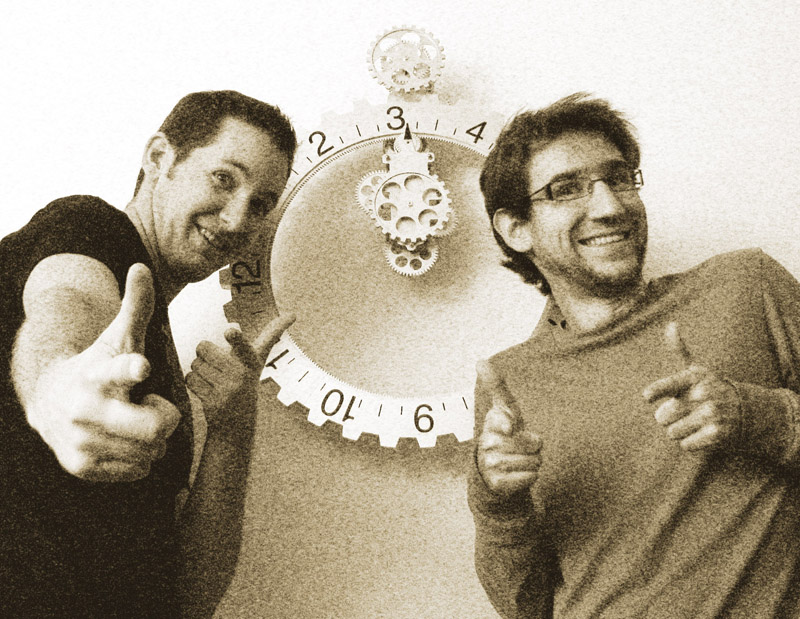 LEO JAITLEY: We have a few favorite moments in our studio's history -- care to share one of yours?

ROB JAGNOW: Our Christmas Day sale on Steam this year completely defied my wildest expectations. When we sold more than 13,000 copies of the game in one day, I finally felt like, "I can do this. I can earn a living making games. OMG, I'm actually going to make money working at every 16-year-old boy's dream job."

LEO JAITLEY: Tell us about a game that inspired you to MAKE games.

ROB JAGNOW: I have so many fond memories that revolve around video games -- The first time I played Pac-Man on the Atari, the first time I played Zelda, playing Dark Castle with my brother on the first-generation Mac, Lemmings, The Incredible Machine... But with so many great games in my past, the real irony is that it was some of the mediocre games that really inspired me to make games. I remember playing minesweeper for the gajillionth time and thinking, "Why am I playing this? People waste millions of hours on this game every year. I could make something that's way more fun."

ROB JAGNOW: In the image below, he guy in the middle is Alexey Pajitnov, creator of Tetris.

LEO JAITLEY: We heard a rumor about Cogs on the iPhone, say it is so!!

[UPDATE: Cogs is now live in the app store!] 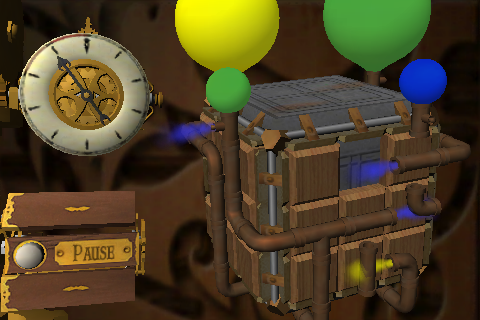 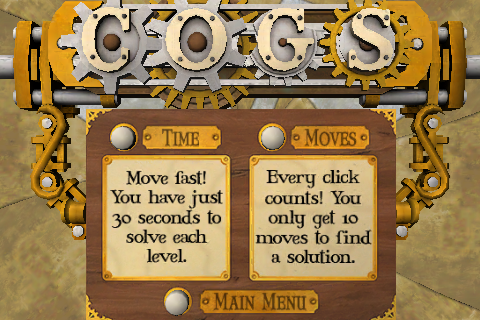 LEO JAITLEY: Is there a question you wish we had just asked you (and what's the answer?)?

ROB JAGNOW: What advice would you give to people who are just getting started as indie game developers?
ANSWER: We've all read the articles about how video games are a multi-billion-dollar industry, so a lot of people have fallen victim to this notion that games are easy money. They aren't. Making a living as an independent game developer is a lot of hard work. According to one article I read, only 4% of games that start production ever turn a profit. In that climate, it takes a lot of optimism to start a company, but you also need to have realistic expectations. You probably don't want to stake the future of your home and family on a 4% gamble. And if you're serious about following through, you should be prepared to not just create a game but also promote it. I wrote the Cogs postmortem to help give realistic expectations to new developers, so it's worth reading if you're in that boat.

I hate you so much for creating such a tough and rewarding game. :D

good interview, and another proof going indie can be a good idea

Indie devs rule, I hope to meet you guys at GDC too!

Us Indie Devs will be at GDC so definitely come say hello! ALSO both Aaaaa! and Cogs are up for the same IGF award to keep you eye out for that

Great interview... and as an indie developer I can just underline everything Rob said. See you in Las Vegas :-) don't think we will make it to GDC this year.