While the game is completed, the marketing is only catching full steam ahead right now! Marketing materials are created, game sites are contacted, "app stores" are readied, and there might still be a few game tweaks left and right ;) 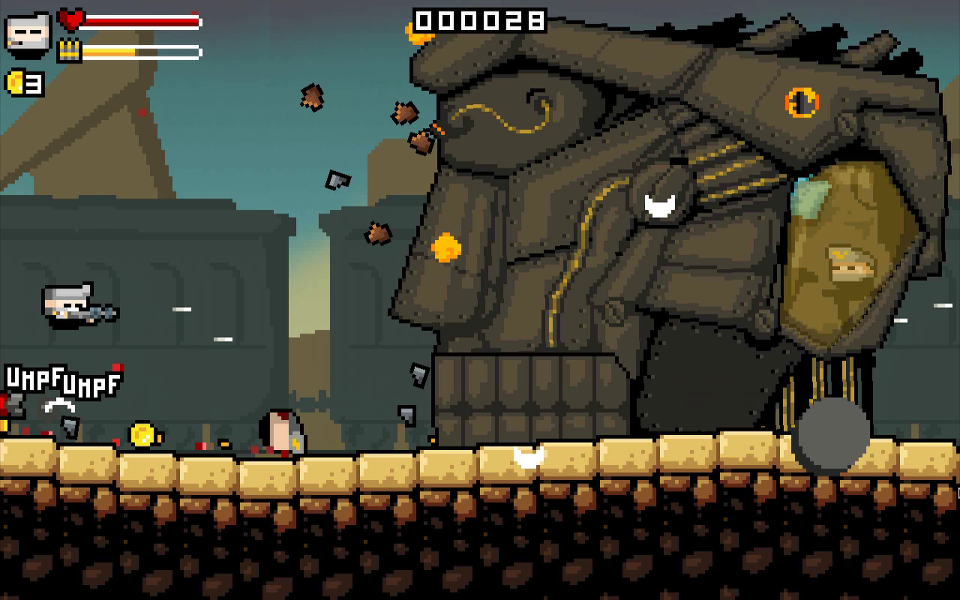 This is probably one of the last Gunslugs 2 posts, so enjoy it. Most of my time is now put into marketing and readying "store materials" like screenshots, icons, descriptions, and all that crap that comes with releasing your own game. So a few weeks of reaching out to journalists, and game sites, but also trying to see if I can score some featuring on the various app-stores.

All leading up to a January 15th release on iOS, Android, Ouya, Amazon/FireTV, ChromeOS and PC/Mac.. did I mention I'm a one man company?

It's said many times, by many different people, but this marketing shit is important yo!

So I've been generating a bunch of great screenshots, and cropping or resizing them where needed to fit all the various requirements of all the various app-stores. This is a huge task I can tell you. For iOS every "resolution" has it's own set of screenshots AND trailer video's. So the app store alone has like 5 different sets of screenshots, then there are all the other stores like Google Play, Chrome Web-store, Amazon app store, Ouya market place, and I still have to get stuff ready for the Humble Store for the PC/Mac versions.

Also various stores require various different banner sizes, icon sizes, video formats, etc.. It's a lot of work, but it's worth it to really take time out and do it right on the first go. 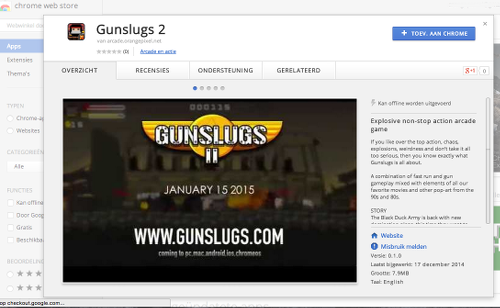 This week I've ported the game over to HTML5 and made it ready for the Chrome web-store. This version comes with a free trial that allows you to play the first world of the game including the train-crash. Most of that code could be copied from the PC demo version I did, which saved some time, and my framework was all setup to add all Google's Chrome specific code to handle the rest.

I also wrapped up the Ouya version, this version also comes with a free trial and requires in-app payment to unlock the full game (as with most Ouya games). Since it's also the most important build for the 2-player coop mode, I also had to put time into crushing the final bugs that appeared when running around with 2 players shooting at stuff.

Finally I created the Amazon build, which required Gamecircle integration for achievements and leaderboards.

The Ouya and Amazon versions are basically the Android build so it sounds like more work than it actually is.

Luckily yesterday I also received message that the iOS version of Gunslugs 2 was approved and is ready for sale. Which was important because Apple will close the developer backend from December 22nd up to December 29th.. meaning this was my last chance of getting some promocodes early and get journalists and gamesites some extra game time before they review the game.

So the rest of the coming weeks I'll be promoting the game every way I can (and you can help by reading this page ), and try to contact the big PC game sites alongside the equally big mobile game sites, so that they will hopefully write about my game.

This is of course normally done with a huge $$$ budget and a bunch of marketing people.. so I might be exhausted and stay in bed when release day comes!