Gunslugs 2 is now available in a hectic day of press-mailing, support, and social media. Read about the stress, the adrenaline and struggles of a one-man indie company doing his own PR.. oh.. and get the game while your at it! 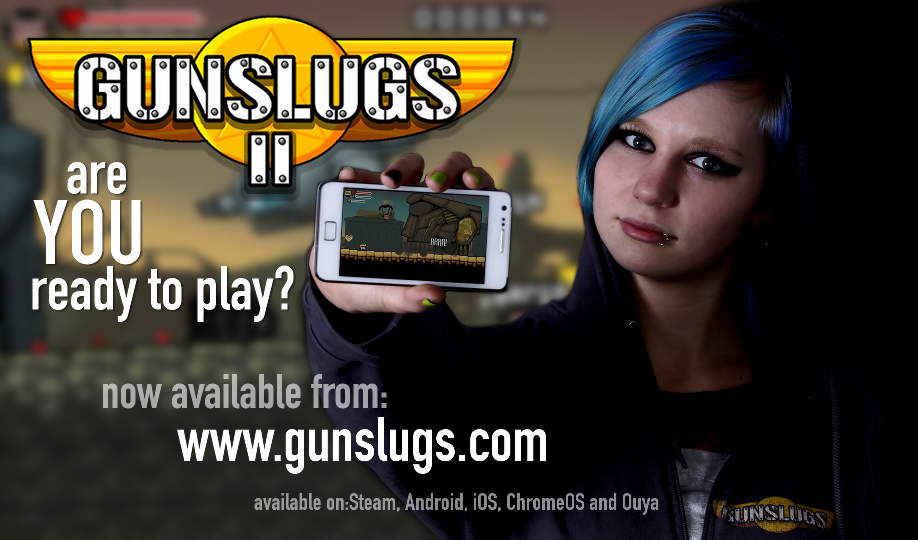 First: GET GUNSLUGS2 NOW! thanks :)
Second: Woohoo! it's out in the world.

Yesterday was "G-Day" the launch date I had set a few months ago and was working towards. Marketing and PR is a lot of work that's for sure. This post is just a quick recap of stuff that is now flowing through my head because of the release adrenaline, so enjoy this little look into the mind of the "one man indie company doing his own PR"

Start of the PR

Basically my PR started pretty early in the game's development. I started posting screenshots and video's the first week I think. Since the game was started about 8-9 months ago, that makes my PR campaign also 8-9 months long.

End of November I had the game finished and ready to ship, but since the holiday season is filled with big games I wasn't planning on putting my game in that fight so I decided on releasing in January, making sure people had time to get back into the groove of the new year I picked mid-January, so G-Day was yesterday on the 15th of January 2015.

I had given out iOS promocodes and desktop review copies of the game to various game sites and people, asking them to not publish anything before the 15th.. they all agreed, a slip up here and there of an early post, but that's fine, it happens. 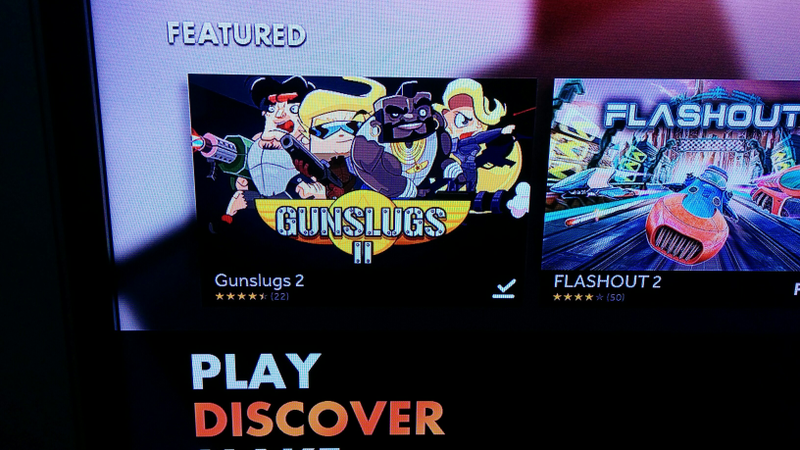 One stress full week was the first of January, because Gunslugs 2 got greenlit just before the new-year, and I suddenly had to sort out EVERYTHING about Steam. I'll be honest, I haven't gamed on a PC since Quake3, and I never used Steam: not as a gamer and obviously not as a developer. So I was walking into unknown things and had only a week to sort out how to use the Steam back-end, the steam tools, adding achievements, etc.

There was some more stress this week, because I basically pumped myself up with nerves and adrenaline as we got closer to Thursday (G-Day). Not nearly enough sleep this week, but it's part of the job.

So yesterday was release day and the nerves are then gone, but the adrenaline is pumping. My whole day was packed into a Gunslugs2 universe, and everything I did, watched, read, was all about Gunslugs 2. Basically on that day I put myself into a bubble, a nice little bubble.

I mailed probably a few hundred people (game sites, you-tubers, journalists) one by one, no automatic mailing list used. I know a bunch of those people, so I honestly mail THEM and give them the info on Gunslugs 2 as enthusiastic as I can be, and I am, cause it's a great game.

During the mailing I also keep an eye on twitter feeds, facebook streams, instagram, searching for the "gunslugs" word and retweeting things that are cool, reading reviews or news to see if it's interesting or quotable, etc.

I reply to all email that comes in from people asking for codes, requesting info, etc, and I add those people to my "press people" spreadsheet so I can contact them next time.

Since I'm in the Netherlands, I'm nicely in the middle of various timezones. With the USA being still a big market when it comes to selling games, it means I usually do a lot of mailing from 8am until 4pm.. then take a break, take dinner, watch some tv, and around 8pm I start again as the US wakes up and starts posting, mailing, tweeting, reaching out, etc, etc. It was a long and busy day, but the rush is great ;)

The reviews and feedback from gamers is mostly positive. But it's very much mixed to the extremes. Some people think the game is too easy, others find it simply too hard. Some absolutely not like the chaos/action and find it unfair, others "get" my ideas behind it and play in the rhythm of the game and love the pace of things.

It seems to be a question of knowing how to play the game. Basically if you just feel like an 80s action hero you'll do fine. Sure there are way more people shooting at you then you can shoot back, but as every action hero, you don't die from a few bullet wounds. You don't have to kill everything, you just have to complete your goal. It's a rhythm and I guess you feel it or you don't :)

Don't think I had this mixed effect with a game yet before, can't really put my finger on it, and I don't think I have to! I like the game how it is, it can use some tweaks and updates (and it will) but it IS what I wanted to make of it. 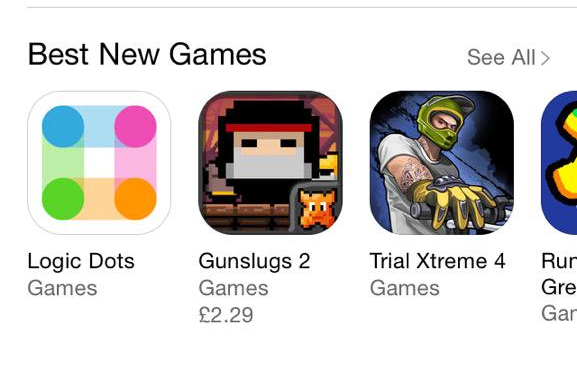 As for great results, the game has a "global" feature on the App store's front page under the "Best new games" list, which is awesome. It has received a great front feature on the Ouya, so everyone turning on their Ouya will see the game. Thanks to friends at Google I also got the game featured on the Chrome Webstore, and with some luck the Android version will also get a feature.

All in all, I'm pretty pleased so far.. the next few days (weekend) will hopefully get some more results and hopefully some mentions on bigger "game" sites like Polygon, Joystiq, IGN, ect. Sadly from those sites and journalists I contacted, none have replied or done anything with it..

Tips for your PR

The important thing to keep in mind: don't read too much of the feedback, skim over stuff.. the negative reactions (and they are always amongst the first) are not helping in keeping enthusiastic and telling the world about your game.

Try to have fun with it.. it's a stressful thing, especially if you have to make a living from it (like me) but it is what it is. Make sure you are happy with your game, and tell as many people as possible, the rest isn't up to you!

Well, it's very early and I only just got this idea yesterday. But as soon as I find some time I plan on looking at adding a "daily challenge tower" mode to Gunslugs2. My initial thought is: One (indoor) level, One life, one weapon. The tower will be a big bigger than those in the game, and more challenging, and everybody will get the same daily tower (cross all platforms). I plan to add achievements to completing those challenges and make it interesting enough to come back.

Besides that there will be some tweaks, changes, fixes, and updates coming.. just need to find time!