I Can't Escape: Darkness just got greenlit on steam! The first alpha test will be sent out by the end of this month and we're looking for testers.

It's been an exciting month at Fancy Fish Games. First Deity Quest got greenlit and successfully released on Steam three days ago, and now I Can't Escape: Darknesss is greenlit - thank you to all our fans who believed in us and voted on our games! Additionally, while I won't be able to do a full release this month like I had originally planned, all of the core features of ICED are done and, aside from some last minute tweaks and testing, I'm ready for ICED's first alpha test! The alpha test will be by sign up (feel free to e-mail me or comment here if you are interested). 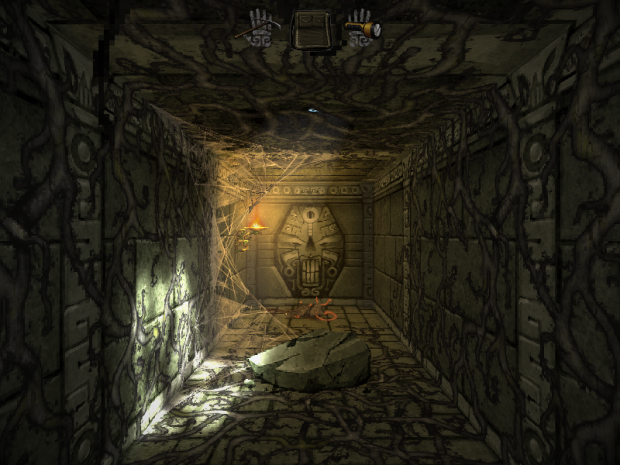 At this point, the game is close to what I like to call "feature-complete," that amazing moment where the game appears to be "almost done" (but it's typically more of a half-way point). My plan for the rest of this month is to add some rudimentary menus/options for the alpha testers (along with some other testing and tweaks), and then send out the alpha copies. Again, if you're interested in helping test the game, we could still use some more testers, so feel free to contact me. The alpha test will be for Windows/English only, and the goal of it is to get crucial feedback and test the all important "pacing" of the game.

After the alpha test, I'll be tweaking and polishing the game based on feedback from the alpha (as well as adding some other minor features like controller support). I'll also be translating the game into other languages (this will be pretty easy as it doesn't have much text) and compiling it for Mac/Linux. The length of this phase depends on the feedback from the alpha, but I assume it will take a month or two. After that, it'll be on to the BETA test, one more round of polishing, and we should have plenty of time for a full release before Halloween this year!

Thanks again for all the support, and look forward to a gameplay trailer in the not-so-distant future!

I'm really looking forward to seeing this come out, I would love to be able to test it it as soon as possible!

Great! Do you have an IndieDB account to communicate (you're signed in as a guest)? If not, you can send me an e-mail at davidmaletz (at) gmail (dot) com.