Introduction OLG is breaking ground with its unique sov. mechanics. It will allow player clans to own systems, the benefits of which are:

Introduction
OLG is breaking ground with its unique sov. mechanics. It will allow player clans to own systems, the benefits of which are:

But FLServer does not readily support this, and neither do FLHook or FLShell. Solution? Write a new server guard to implement player owned systems in Freelancer.

Primer: Claiming a system
First of all it is important to know how systems will be claimed. First of all, there will be a commodity added for every system, such as "tau ceti sov point", and special depots will be placed that can be destroyed throughout their respective system.

Then players will shoot the depots to get the points (there will be several depots per system) and the points each clan has will be summed up and the clan with the most for that system gets it. Then the points they collected are destroyed.

When control flips, special predefined NPC patrols will be altered to be the clan's faction (clans will have factions so that they can declare war on each other). So, the NPCs help secure the system.

Also, I am implementing the ship loss penalties: if you die you respawn in a basic startracker, creating real losses! 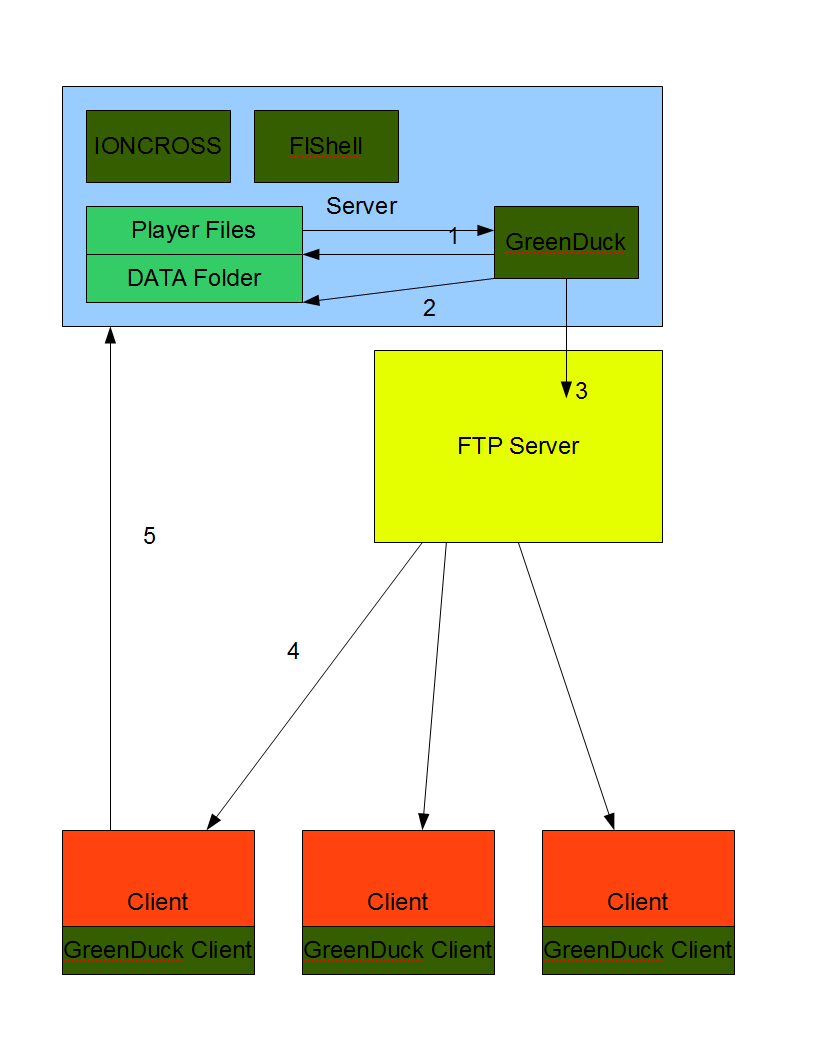 The Solution: GreenDuck. GreenDuck is a server tool I have begun writing to manage all this stuff. I have already started writing it in Visual Basic. The picture above is labeled, follow the labels to see what GreenDuck will do at each stage.

This code parses the server side saves into plain text for other parts of the program to use. It works, and is currently in the GUI as "Decode Player Files". This class will be used many times in the parsing process.

This is an ambitious project, and I hope it will work. Joining clans will be mandatory after level 10 and FLShell or FLHook's /rename function will be used. IONCROSS will be used to automate server reboots and cheat detection.

So is this finally gonna be full online capable?