Hard work eventually pays off I guess, tough it's just the beginning. Learn everything about it and how far Gravtar is from a full release.

As previously mentioned, for the past month I've been trying to launch the first version of Gravtar, which is nothing more than a simple prototype. A.I is still it's infancy, physic still needs improving and there's very little content to navigate through - in fact you're only getting a single race track and a single hover car - so it's pretty much a demo's demo :)... but one I'm pretty excited and proud to announce as it's been a long, long time coming.

The track is called Icy-Peaks, a circuit that forms the number 8 and is pretty basic, all you have to do is make the turns and rush to the finish line first. There are 2 laps for you to complete and 3 bots to race against, with each granted 5 turbo launches, tough you'll probably win without ever using one.

Your name is "You" - suggestive enough? - and your race buds are Void, Bool and Float - guess what, I'm a Geek. There's a pretty cool score system implemented here, in which the first place racer is constantly rewarded with points until another car steals first place from him. There are also check points throughout the track, whenever you pass through one of these, you are rewarded with points, the higher your position, the higher your score, the same goes when passing through the finish line, only this time the scores are higher. Be careful when hitting the sides of the track though, as you'll be penalized by losing points and you can drop your score to zero in the blink of an eye. 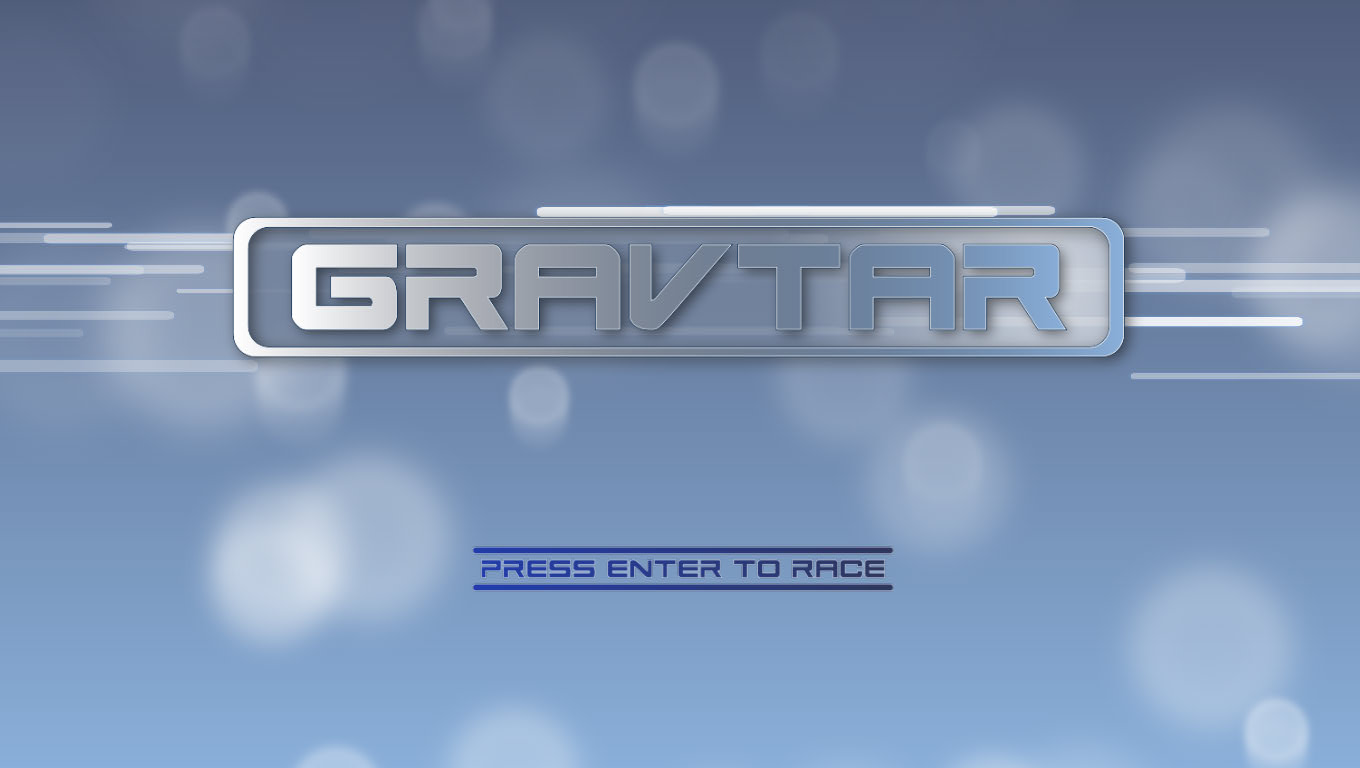 There are complete features in this prototype as well, programming wise, as you get a pretty much finished gameplay and graphic's engine. Physics is close to done and then all that's left is the multiplayer networking, which is the last programming step. My goals for the rest of the year will be to finish physics and networking and hopefully, start working on the race tracks and hover cars by the start of 2015. As I'm not spending any money on the project and it's pretty much a hobby of mine, I don't want to set any deadlines.

Gravtar is a anti-gravity racing game which allows you to run at real fast speeds through crazy tracks that will make your head spin, so the final product is gonna be very different from what you're going to get in this prototype, but nonetheless, it's a good and fun racing experience.

I can only hope this is just the tip of the iceberg and that you'll be seeing great stuff about this project in the future. Until then, enjoy this small demo and have a good day!

Nice game but worst camera angle. It should be higher. We should see the road.

You're right, I'll see it done by next release... appreciate the feedback!