The Division Sa World At War All graphical setting comparison! check it out

So here is a look to the difference between the graphical presets for The Division SA:World At War. Note that the graphics and models may take severe changes later in the process, The World will be huge and will be filled with 1000s of easter eggs, infact we are breaking the record of most eastereggs in a game. also note A New Video will be soon released next month! 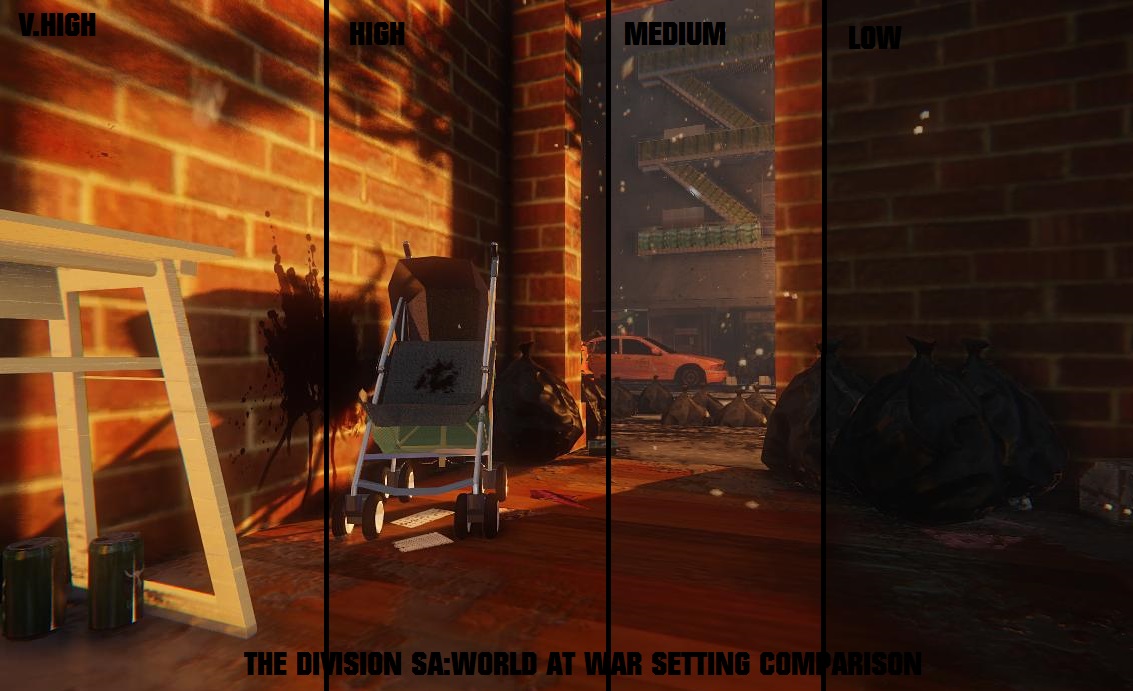 You should do this with more other screenshots since this really doesn't show much of what each preset looks like :P