We're going through some of the great press mentions we got and link them with our thoughts about the game and how it managed to accomplish what we initially envisioned.

More than a month passed since the launch and it's time to go through Gorescript's press mentions. We were extremely pleased to see a lot of players and reviewers felt the same way we did about the game and identified the elements that we thought were the strong points of Gorescript.

Of course their feedback was valuable and we also managed to see some game elements are either not that strong or they require some tweaks to make them better. 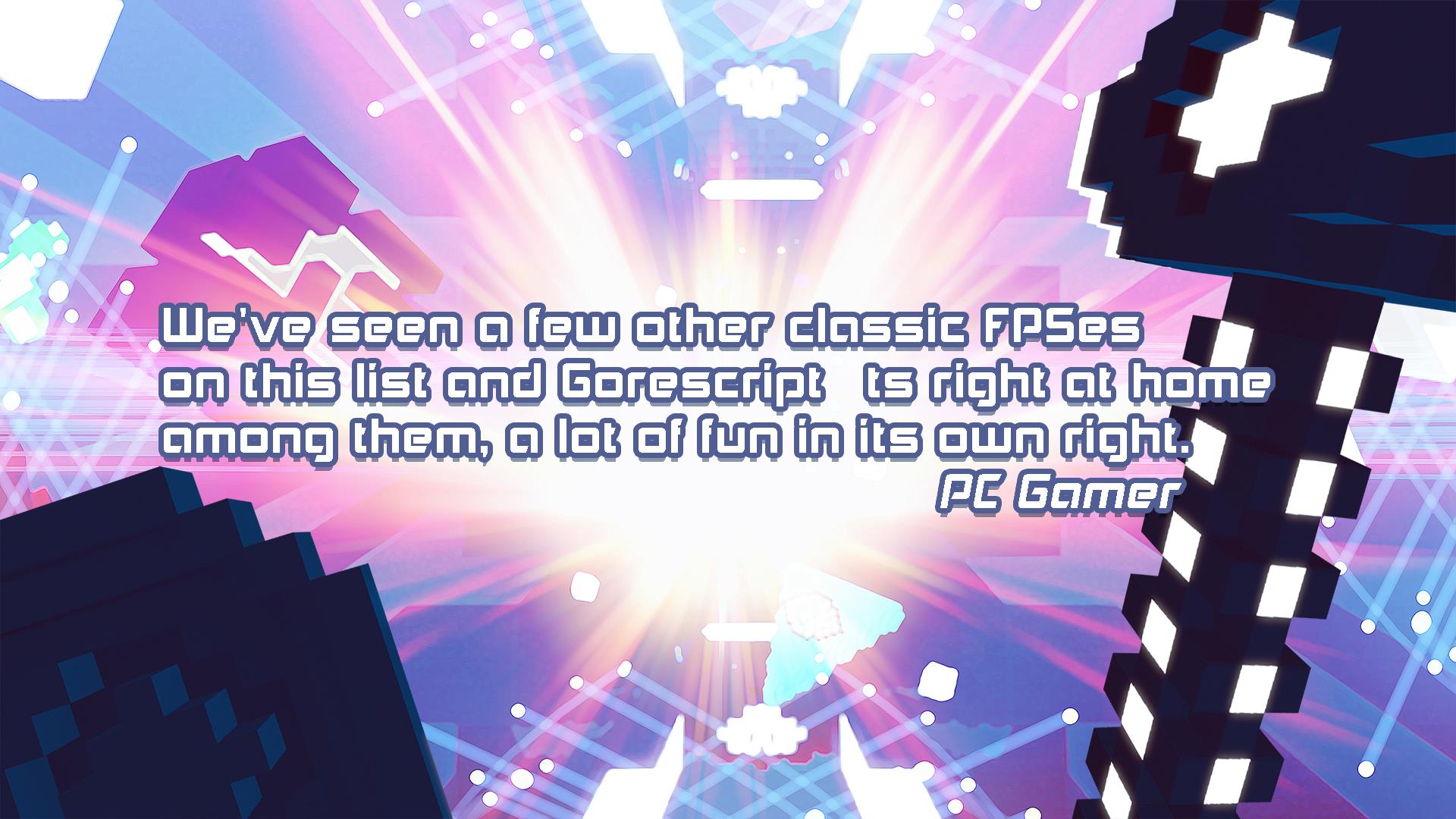 PC Gamer caught on our intention to capture the classic feel of the old FPSs and obviously we're glad they placed Gorescript in this special category. 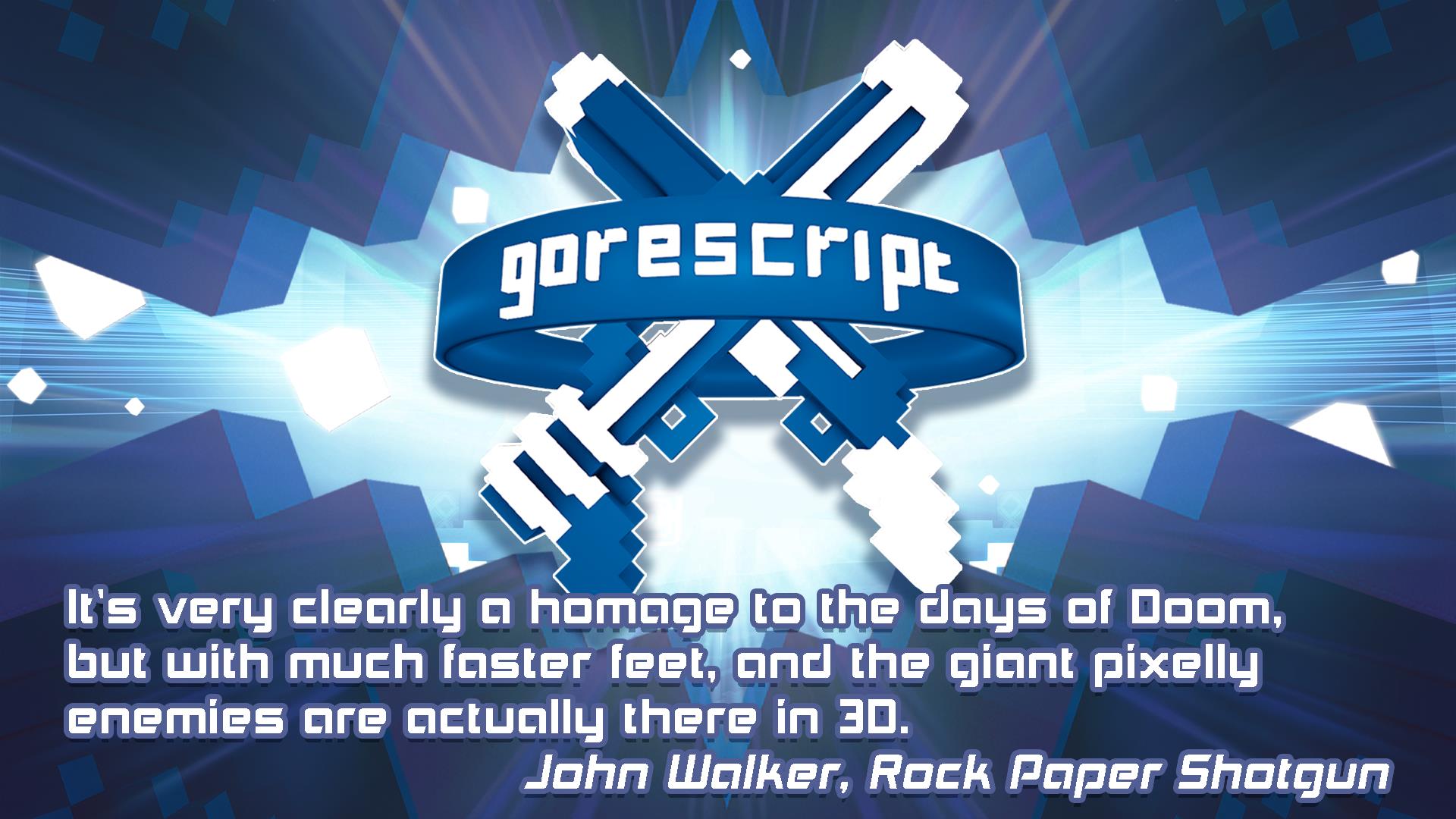 Gorescript, through its early embodiment Gorescript Classic, started as a project that meant to recapture the feeling of Doom. Sergiu, the developer of Gorescript, besides being an avid Doom fan, also made some design decisions to keep Gorescript aligned with its inspiration source. Hand made levels, secret doors, the key card search and the 2.5D levels are some of the elements that became key features in Gorescript. 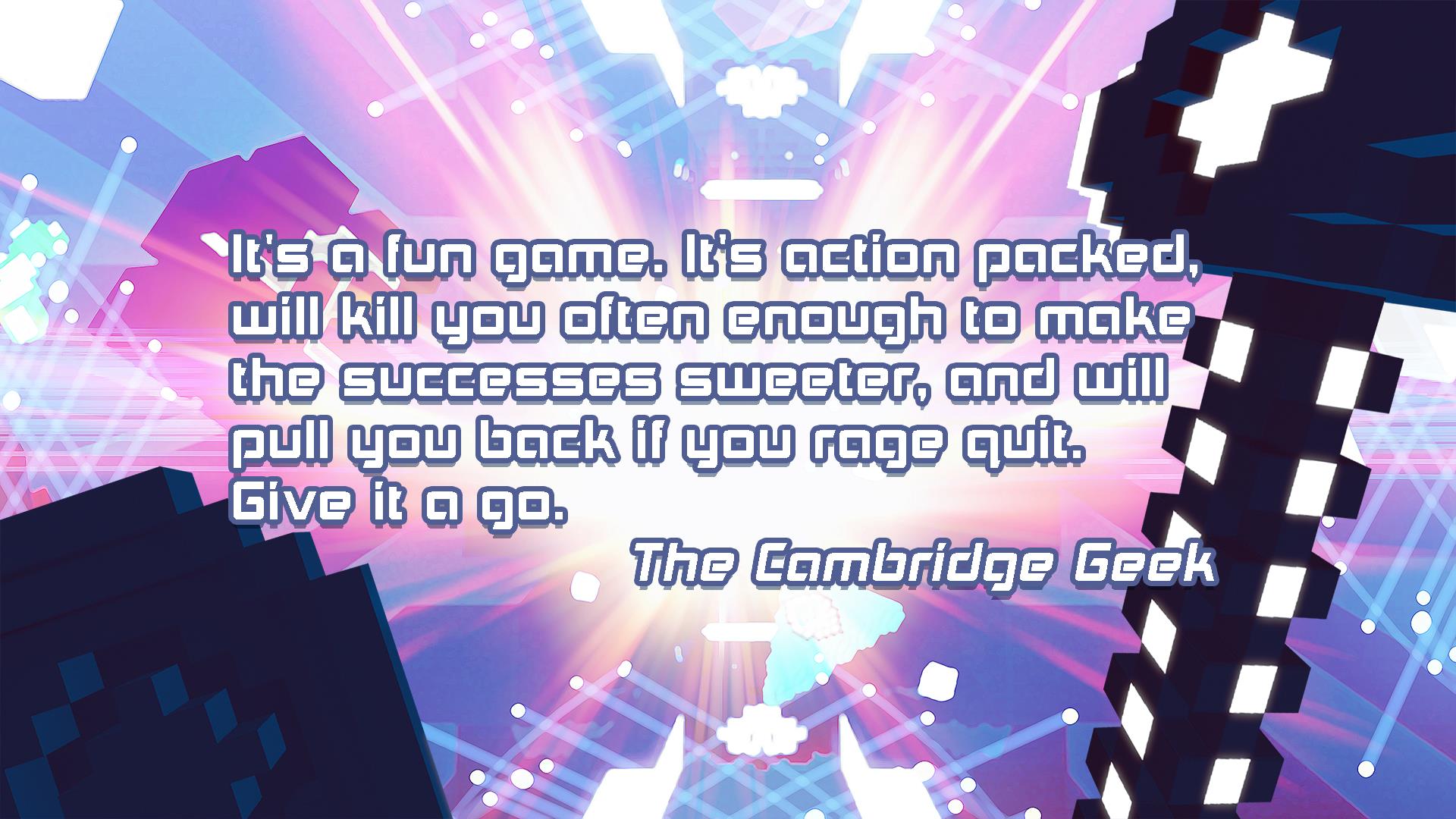 The fast pace and the ever present danger in the game is meant to keep you on your feet and moving constantly. We wanted to make an equally satisfying game for people who like to clear levels and for people who like to speedrun while dodging everything the game throws at them. We're glad our "run and gun, get killed and start again" recipe works :D.

We'll leave you with a GIF and one of the reviews that identify another key design element, the trap doors that open up and reveal monsters, just when you thought you were safe.

People have asked about the game's story as well and judging by the speculations out there we could sum it up like this:

You are trapped in a labyrinth in space and The Illuminati and some diabolical Pac-men (or Swedish meatballs) are out to get you.

In truth, Gorescript is a setting similar with some of the 80s movies that feature the inside of a computer game. It also draws its inspiration from titles such as The Last Starfighter and Nightmares.

We're so happy that our players and reviewers were spot on in identifying Gorescript's elements and we're extending our invitation to join the pixel horror filled maze.