In this post we go through the job (quest) system in Prisonscape.

I think it's finally time to talk about how quests, or jobs, as we call them in Prisonscape, work. I'm going to go through two jobs that are actually in the game and tell the different ways of achieving the end goal. If you don't want any spoilers for the game, you should stop reading after this paragraph. The way most jobs in Prisonscape work is that there are many ways to complete them. With a combination of RPG elements and item finding and manipulation from classic adventure games, the player can build up different kind of characters and still complete the jobs.

Getting back to the kitchen
In this job the Aryan Brotherhood leader wants you to help them take the kitchen back from the black inmates. For this, you have to do a series of miniquests and once you have completed enough of these, the kitchen administration will be handed to the whites. Some examples of doing this include:
- Create a rat problem by putting dead fish in the air ventilation of the kitchen. For this, you'll need Intelligence & Agility stats, and Intimidation and Pick pocketing skills will also help with the task
- Spread rumours about the foul quality of the food. Uses Intelligence stat, and Intimidation skill might help a bit
- Bribe one the guards to let you in the kitchen and do some re-work on the refridgerator so that the food will we spoilt over night. You need some trade goods for bribing and Intelligence stat & Electronics skill for the sabotage. Haggling skill will give you a small bribery boost
- Beat up some of the sous-chefs so that the kitchen will be understaffed. Requires good fighting skills and Strength
- Bribe other inmates to complain about the food. Requires a LOT of trade goods 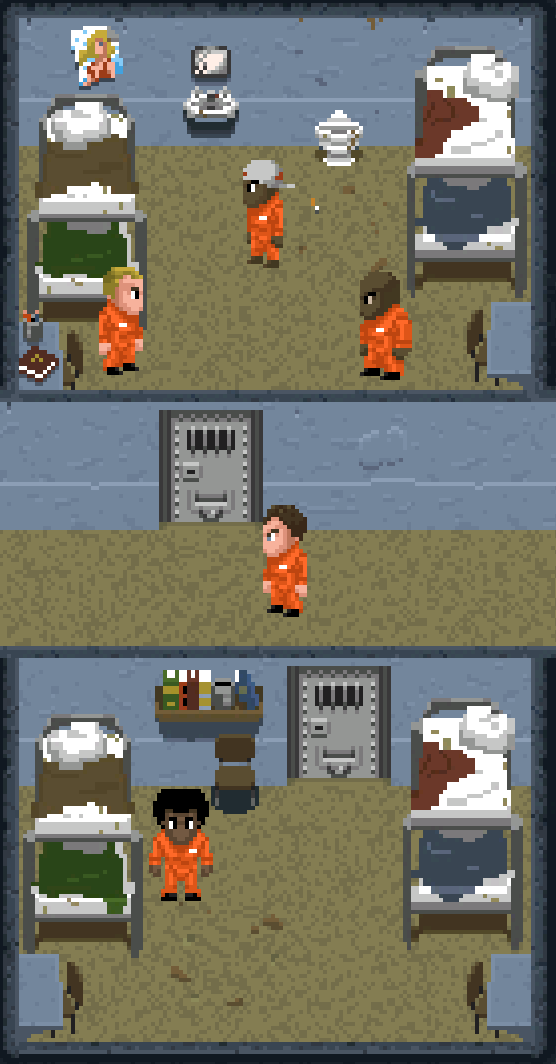 Not all of these minijobs are required, of course. 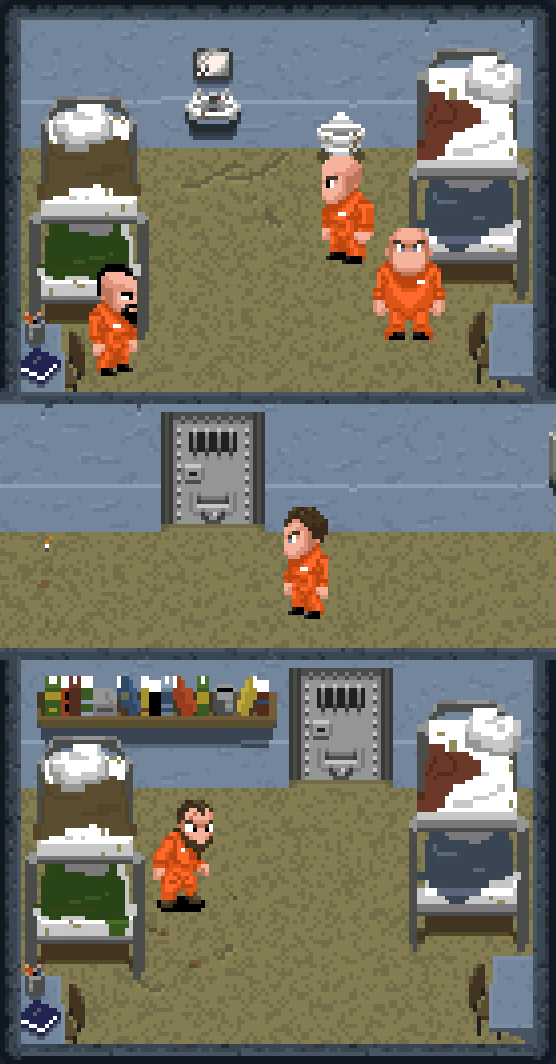 These were just two examples of different kind of jobs in the game. Our aim is to make the game so that you don't have make a super character with incredible stats and skills (unless you want to!)to solve the puzzles and problems in the game. Hopefully we create a nice mixture of adventure and role-playing!

In other news, we have started working on the user interface and we've seen some incredible progress from our graphic designer. In the near future we can finally say goodbye to those Final Fantasy style blue boxes. ;-) Here's a little work-in-progress teaser image: 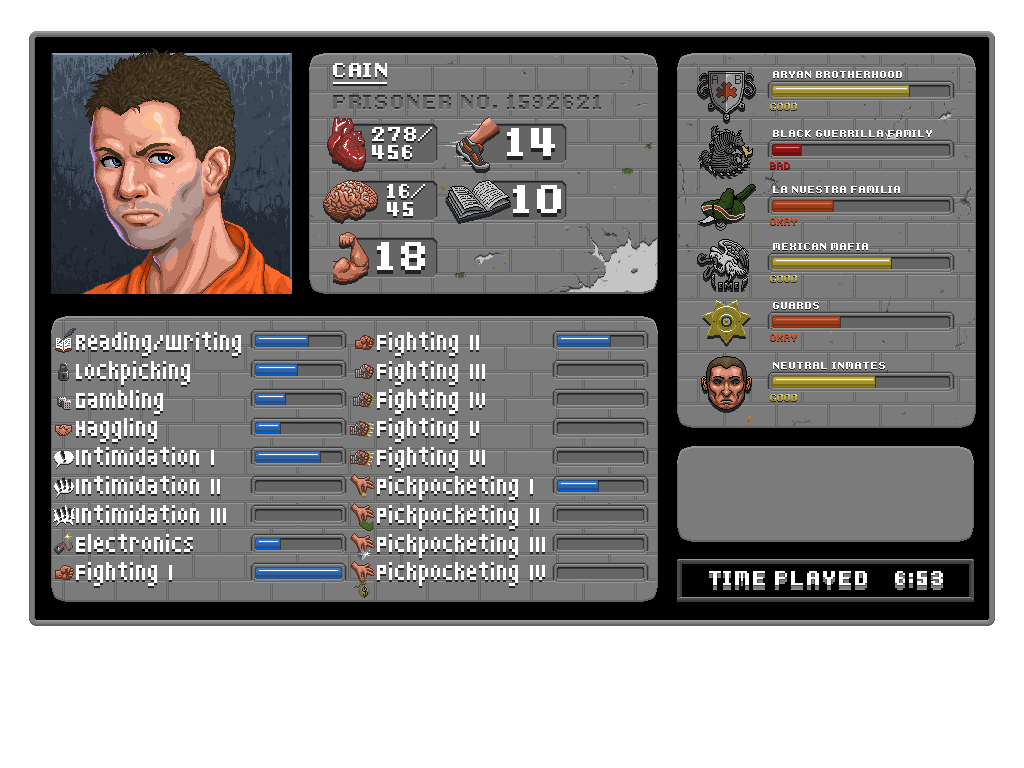